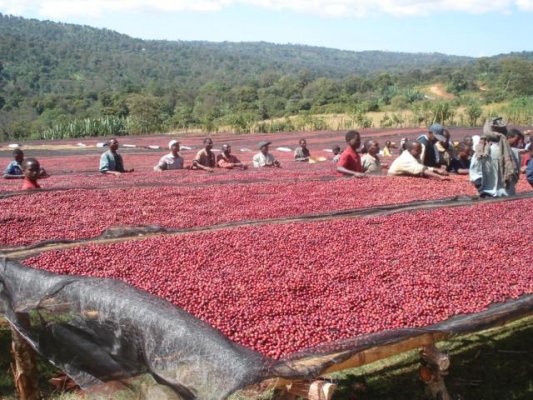 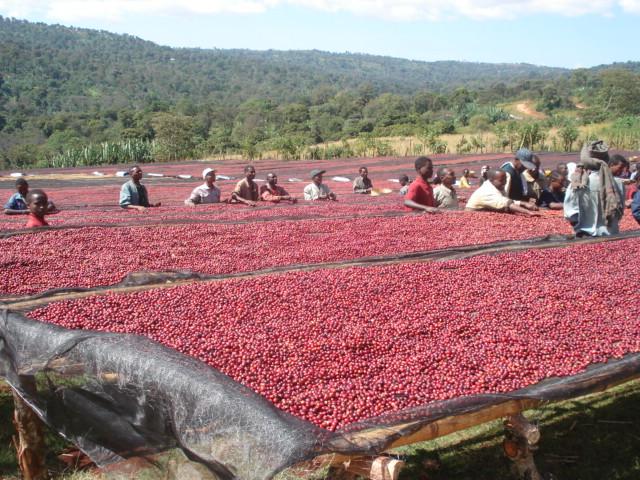 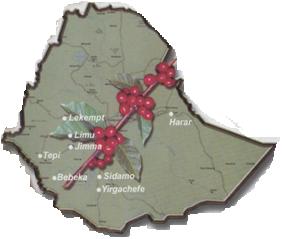 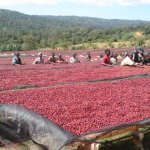 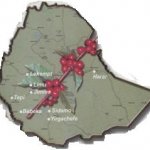 Ethiopia is the birthplace of coffee as everyone knows. Thus, the botanical species of Djimmah is the Coffea Arabica. Indeed, most of the coffees produced and exported from this origin come from this variety which is the basis of all the varieties of Arabica used in the world.
Djimmah natural coffees are grown in the Jimma region, which is located in western Ethiopia.
The coffee trees are cultivated and exploited at an altitude which varies between 1000 and 1200 Meters. The harvest begins in October and can continue until February. The first exports take place in January, sometimes in December depending on the harvest date and weather conditions. The quantities produced amount to 30% of the country’s total production and can be estimated at 75,000 tons. Djimmah Grade 5 Nature is the name under which this coffee is exported. It is prepared by the dry process which gives it its green/brown and very filmy appearance. The cup is slightly tart and the medium body is quite full-bodied. It’s a
coffee that is very suitable for blends and also for decaffeination.