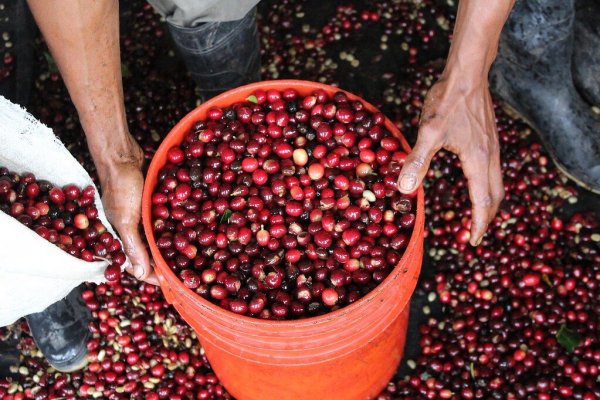 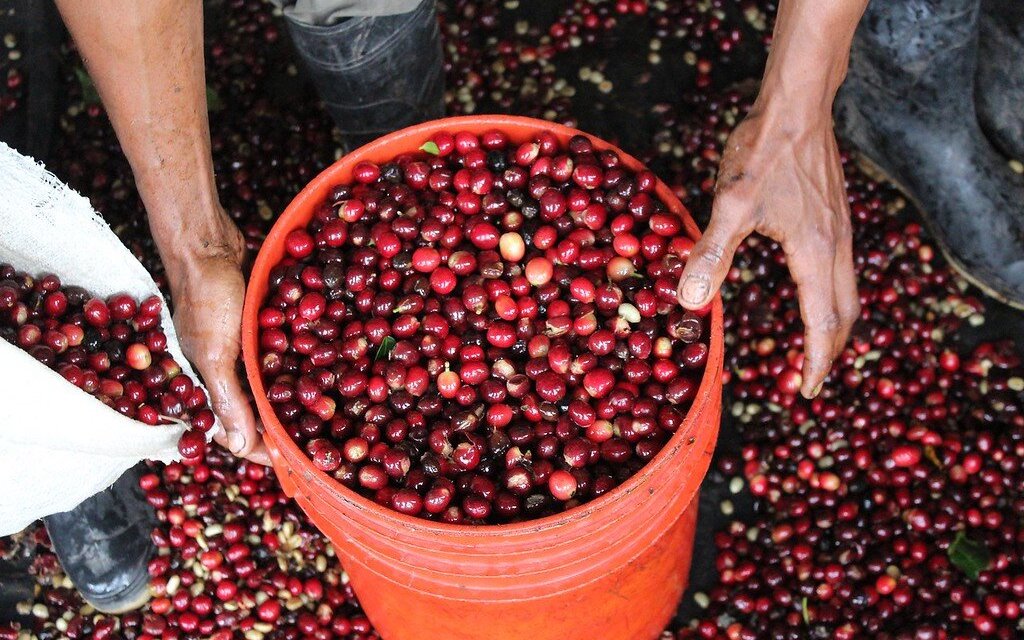 The Karumandi factory was established in 1961 and is located in Kirenyaga County in the Central highlands of Kenya. It is a member of the Baragwi Cooperative Society. The factory, which takes its name from the same Kikuyu word for moles since there are said to be many in the region, is a set in the foothills of Mount Kenya, an extinct volcano which has historically contributed to the rich and fertile soils of the region. The factory is surrounded by thousands of smallholder subsistence farmers who grow coffee as a cash crop alongside potatoes, bananas, mangoes, avocados and some livestock – usually a cow or two for diary production and chickens for eggs and meat. The average altitude of these smallholdings is approximately 1,750 MASL, a factor which contributes to the fine flavour of the coffee. Coffee varieties used by the farmers are mainly SL28 and SL34. The latter combines the hardy and disease resistant properties of Ruiru 11 with the fine cup of SL28.The Karumandi factory processes coffee using methods typical throughout Kenya. Local people are paid to pick the ripe coffee cherries between October and January and these are pulped using disc pulpers in the wet mill. The water used to convey the resulting mucilage coated beans also aids quality separation by density since heavier beans sink in the water whilst lighter beans float on the surface. By channelling these beans separately three grades of parchment coffee are created; P1 (the best), P2 and P3. The parchment coffee is then channelled into large tanks where dry fermentation occurs during the following 24 hours or so. Once the mucilage is loose, the beans take on a pebble-like feel and so the fermentation process is halted by washing the beans in channels full of water, where further quality separation takes place, since low grade ‘floaters’ can be directed away from the dense high-quality beans. Next the parchment coffee is channelled to a soak tank where it sits in cold water for around 24 hours, a process which develops the amino acids within the beans and is thought to contribute to Kenyan coffee’s unique flavours.Next the parchment is laid in a thin layer upon raised beds and allowed to dry under the sun for between 11 and 14 days. The coffee then undergoes a period of storage or ‘resting’ before being delivered to a mill where the parchment will be removed, and the coffee screened and cleaned to remove any defects. It will then be graded by size to create AA, AB, PB etc and finally it will be packed in grain-pro lined bags or in vacuum packs ready for export. 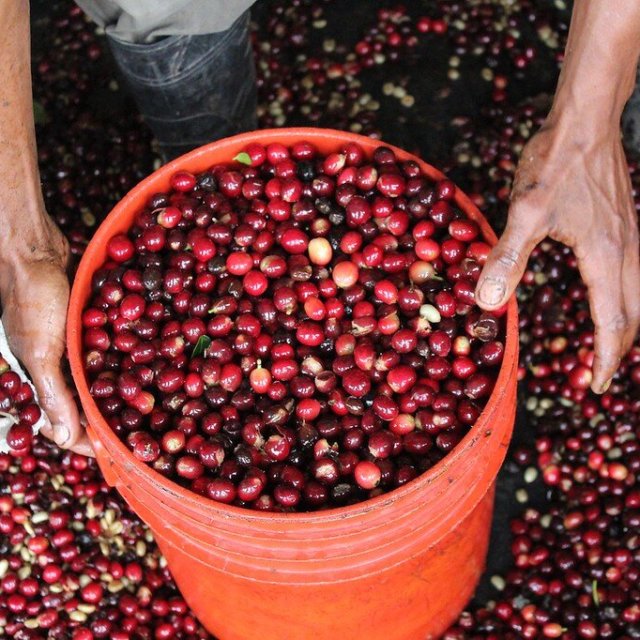