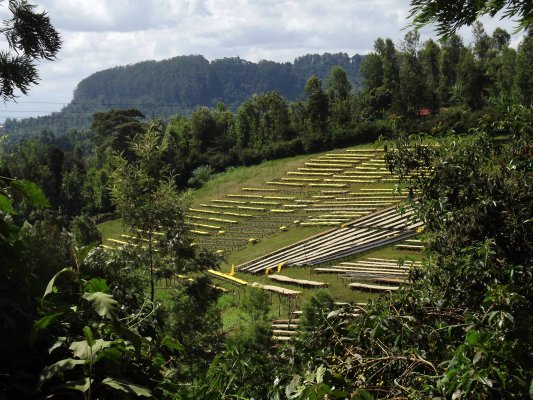 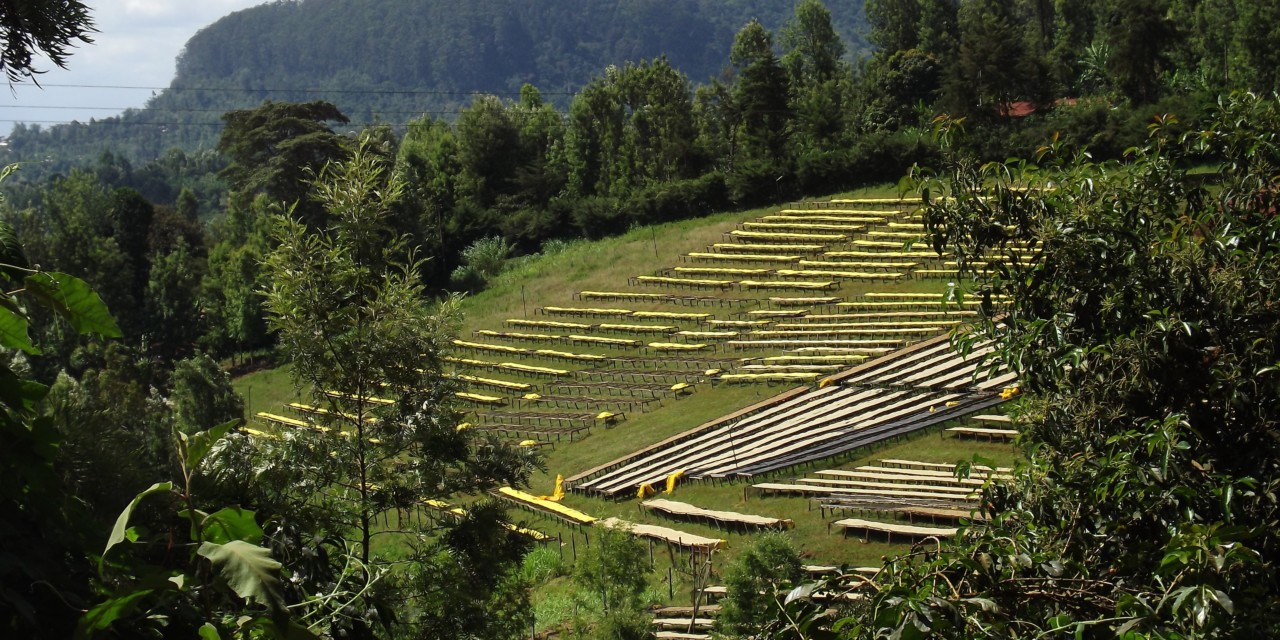 The Kii factory is located in Ngairiama in the Gichugu division of Kirinyaga district in Central Province. It is one of 3 factories, along with Kiangoi and Karimikui, which make up the Rungeto Farmers Coop Society. This coop was established in 1953 and now has 3507 members. Each smallholder member has around a hectare of land for growing coffee, typically alongside vegetables for the family. The area has rich and fertile red volcanic soil at altitudes of 1700 to 1900 metres above sea level, and receives between 1600 and 1900mm of rainfall annually.

Coffee is handpicked by smallholder members and delivered to the Kii factory where it is pulped. Pulping initially separates the dense beans from the immature ‘mbuni’s (floaters) using water floatation, meaning the denser beans will sink and be sent through channels to the fermentation tank. This first stage of fermentation will last for around 24 hours, after which the beans are washed and sent to the secondary fermentation tank for another 12-24 hours.

Once the fermentation process is completed, the beans enter the washing channels where floaters are separated further and the dense beans are cleaned of mucilage. The washed beans will then enter soaking tanks where they can sit under clean water for as long as another 24 hours. This soaking process allows amino acids and proteins in the cellular structure of each bean to develop which results in higher levels of acidity and complex fruit flavours in the cup – it is thought that this process of soaking contributes to the flavour profiles that Kenyan coffees are so famed for. The beans are then transferred to the initial drying tables where they are laid in a thin layer to allow around 50% of the moisture to be quickly removed. This first stage of drying can last around 6 hours before the beans are gathered and laid in thicker layers for the remaining 5-10 days of the drying period. The dry parchment coffee is then delivered to a private mill and put into ‘bodegas’ to rest – these are raised cells made of chicken wire which allows the coffee to breathe fully. Coffee is traditionally sold through the country’s auction system, though recent amendments to the coffee law of Kenya have brought about the introduction of direct trading, whereby farmers can by-pass the auction and sell directly to speciality roasters around the world. 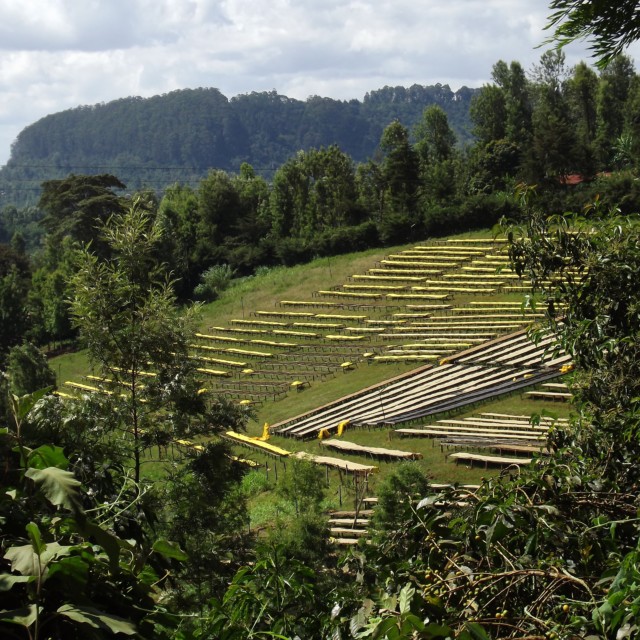