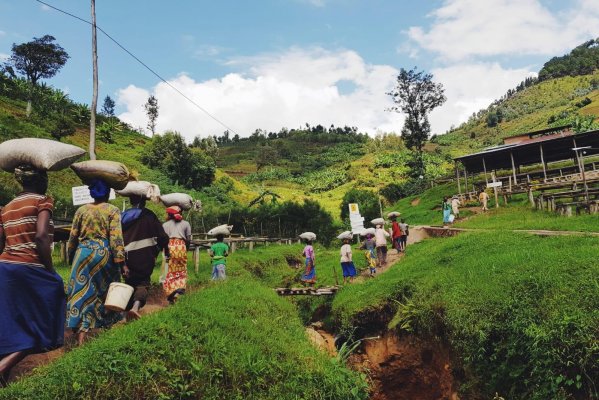 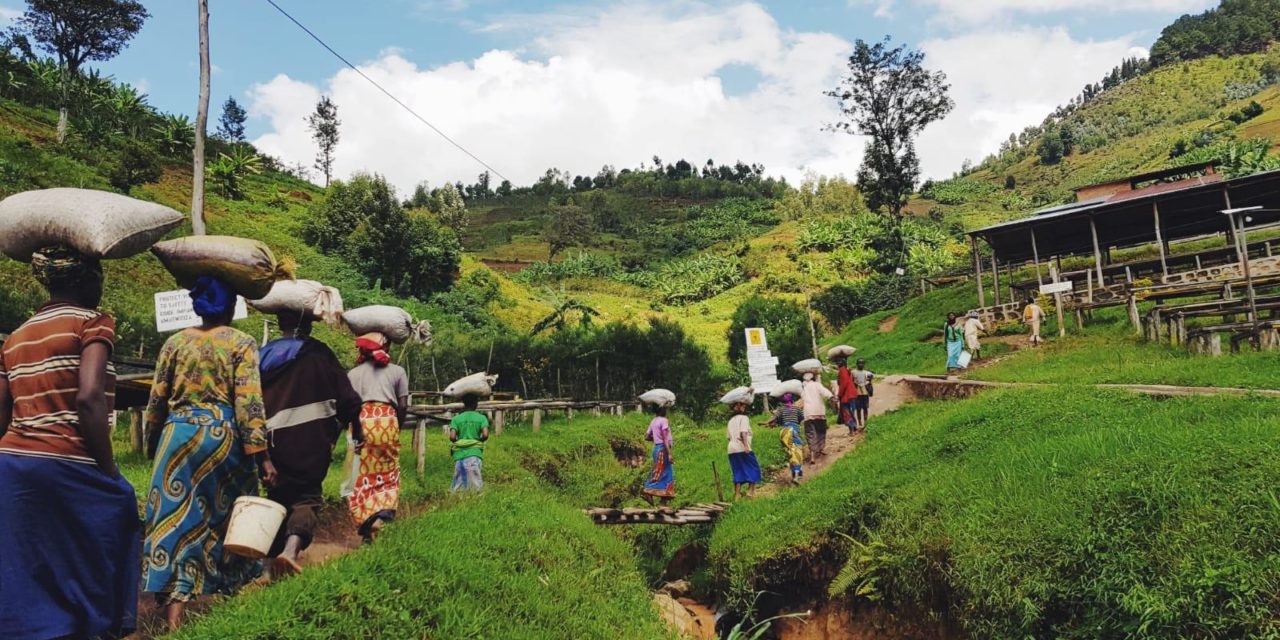 As always, harvest after harvest, the Mahembe washing station owned by Justin does not let us down.
This lot has an incredible depth and variety of notes as it’s full of florals, loads of fruit, some weirdly good stuff like liquorice root and great chocolate to back it all up.

After visiting Justin and his washing station I am not surprised that the station is producing quality year after year.
Seeing the dedication of the entire team on quality and cleanliness. They not only are dedicated on sorting/processing but also on cleaning the waste water from de-pulping so it does not damage the surrounding soil and community.

Mahembe is a privately owned washing station, owned by Justin Musabyiama who is also growing his own coffee trees. Justin has grown up in the local area and after moving away for some time decided to come back home and invest in the community he was from by building a wet mill on his father’s coffee plantation.

He has an 8-hectare farm of his own, and is buying cherries from the surrounding smallholders. This area is not as well known for quality coffees as some other parts of Rwanda but has great altitudes and an increasing number of farmers growing coffee at the higher altitudes. Nevertheless, we have found this coffee to be unique, with differences from other coffees in Rwanda in general, and with great potential.

The way Justin has organized the operations and the work he is doing on the ground on quality improvements and close follow up on production gives great results in the cup.

There are a number of smallholder farmers in the local community delivering their cherry to Mahembe washing station for processing, and Justin is producing cherry himself.

Competition for cherry can be pretty tough, farmers can deliver to whichever washing station they want. Maintaining a good supply of cherry is dependent on the relationships Justin has with farmers and being able to offer competitive pricing, his roots and history in this community helps strengthen these relationships.

At Mahembe, Justin’s employees are very competent, and trained in managing the delivery of cherry from the farmers.

The climate through most of the season in Rwanda is relatively cool, which assists in controlling the fermentation process. A Penagos eco pulper is used here to remove the skin, pulp and 70% of the mucilage. The coffee is then wet fermented for 10-12 hours. After this the parchment is graded and washed in channels, it is separated into two grades based on density before being soaked under clean water in tanks for 16 hours.

The parchment is initially taken to pre-drying tables, which are under shade, and where while the parchment is still wet, a lot of hand sorting is done as it is much easier to see defects at this point. The parchment is dried on African drying beds for up to 21 days, the parchment is covered by shade net during midday intense sun, during any rain and at night. 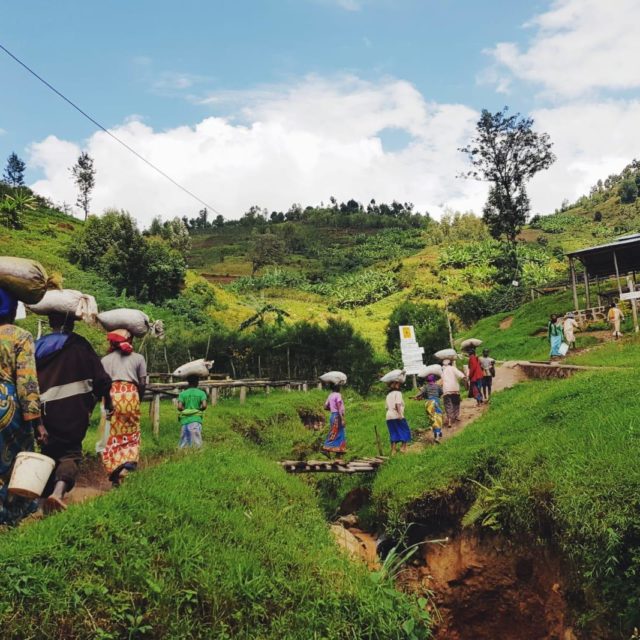