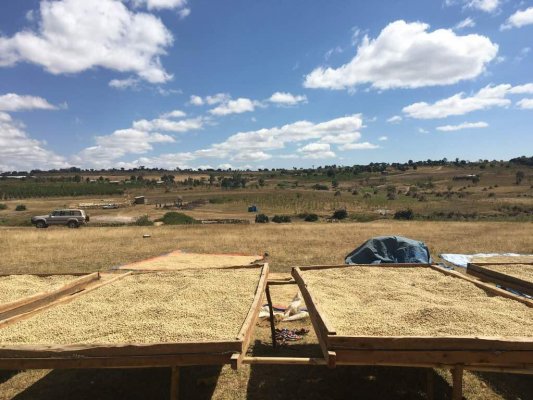 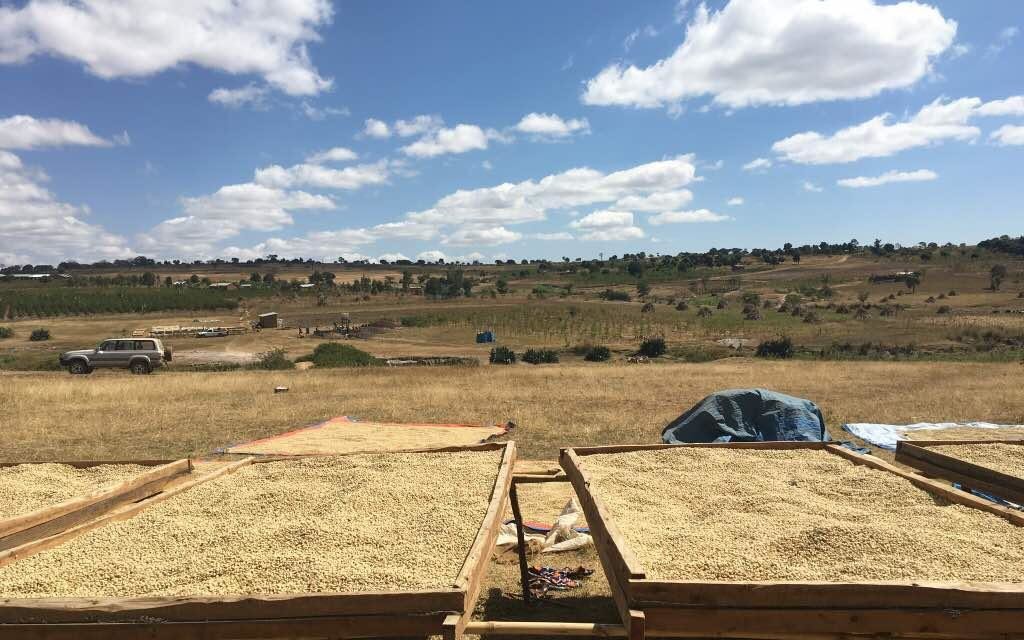 Sambewe is a group of 344 farmers who are organized as an Agriculture Marketing Cooperative Society. They produce about 441 bags per year. Sambewe Amcos was established in 2007 by producing semi washed coffee. In 2013 Mbozi District Council provided them with a Penagos machine which enabled them to start pulping their coffees in order to produce better quality.

The coffee is fully washed with water from Sambewe Pond, fermented in tanks, graded based on density, soaked in tanks and dried on raised beds. The parchment is then hand-picked on the drying tables to remove defects.

The main season for this part of Southern Tanzania is end of May to July, with the coffee trees flowering between September and October.

The cherry for this coffee comes from 20 smallholder farmers, who pick and deliver their cherry to the CPU. When they deliver the cherry, they will hand sort to ensure only the ripe cherry are processed.

The unripe’s and over ripe’s will be taken back home by the farmers for home processing and will be sold locally or consumed by the farmers themselves.

The infrastructure in much of Southern Tanzania is quite basic. The cherry is pulped and then the parchment is fermented in tanks and graded by density in washing channels before being dried on raised beds, during the drying process the parchment is being handpicked by casual labourers and volunteering members of the group, to remove all the defects 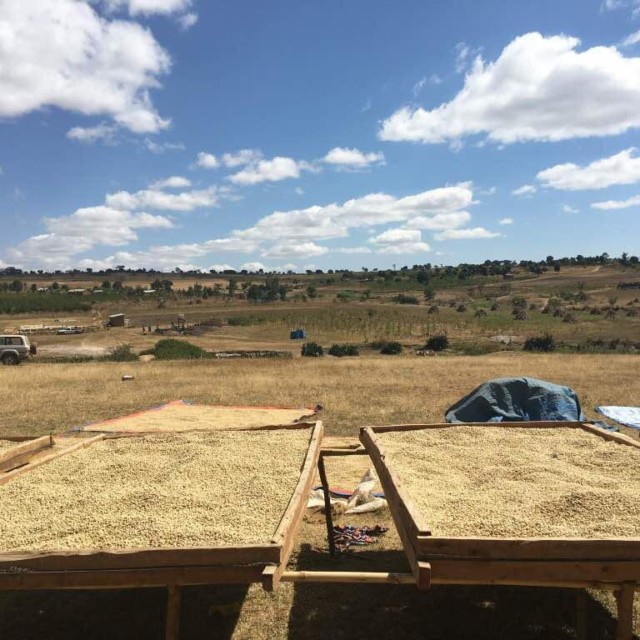