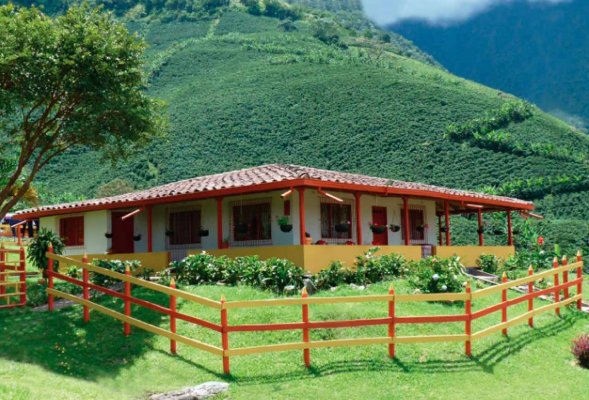 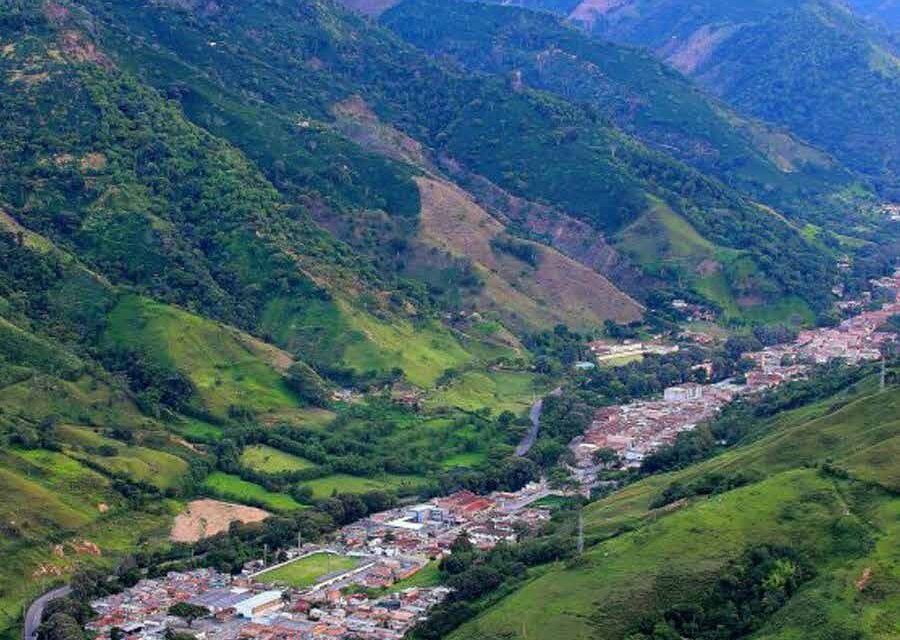 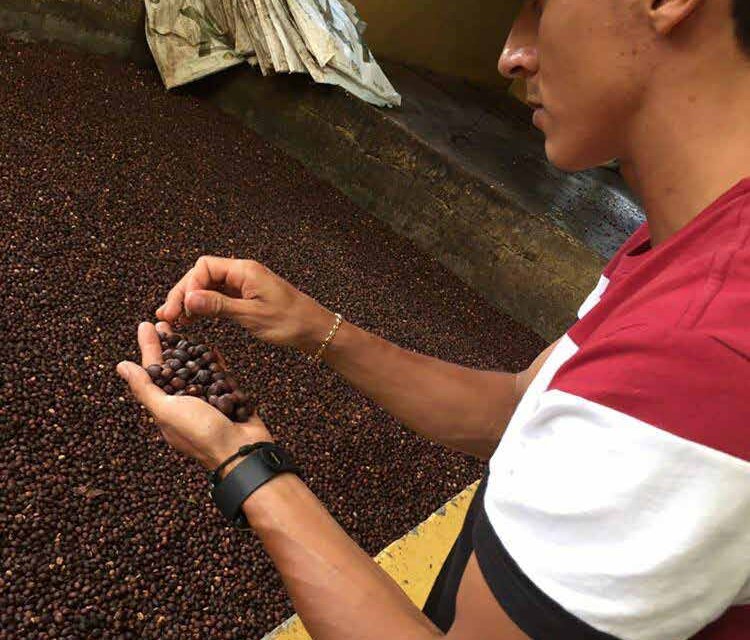 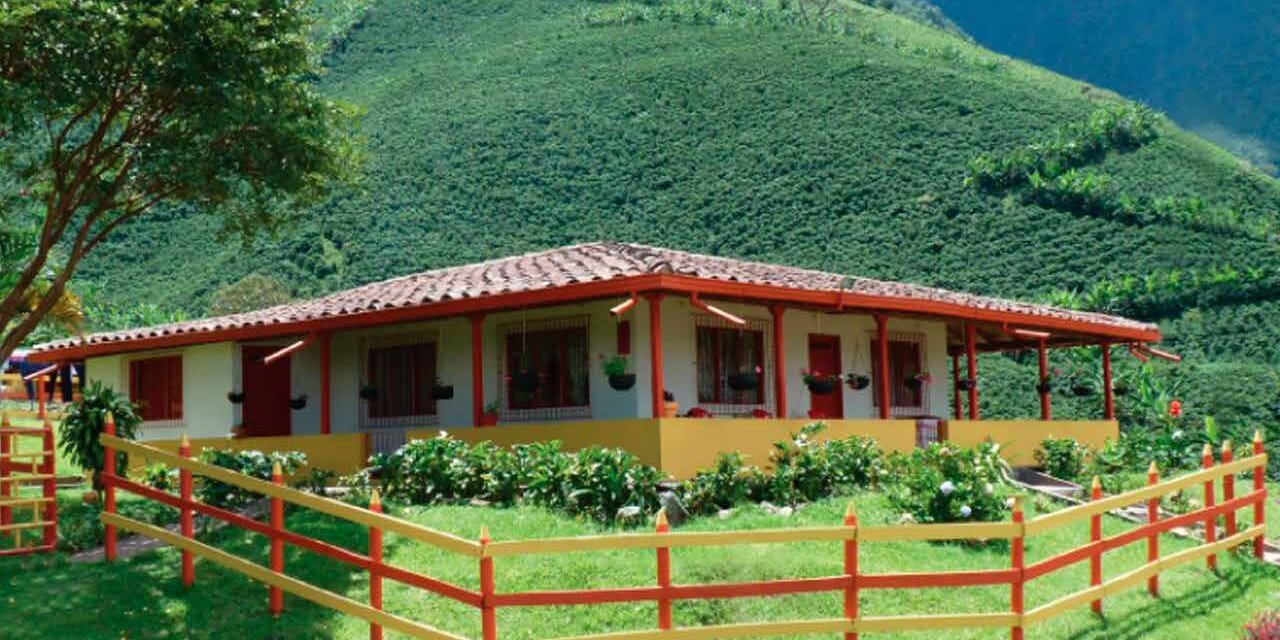 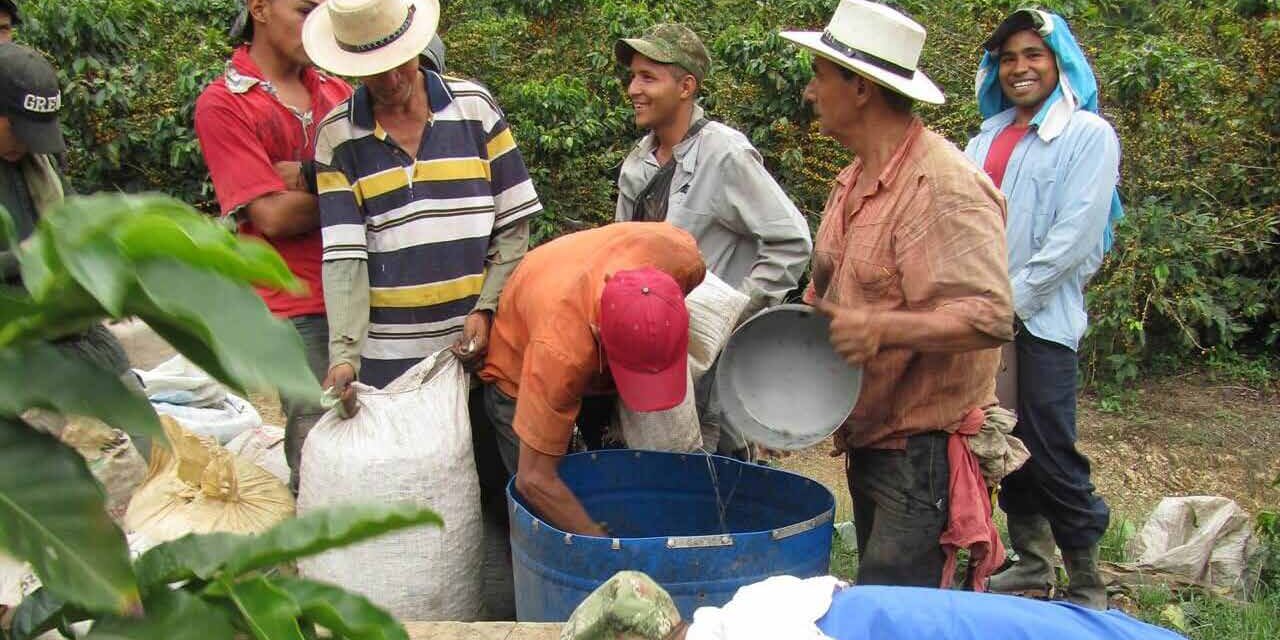 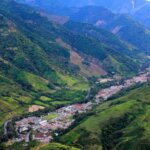 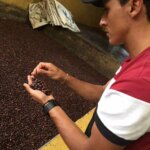 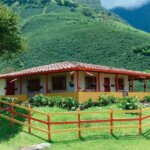 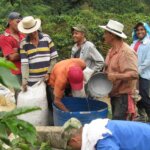 With a coffee-growing tradition going over 180 years, Antioquia is known to be the birthplace of coffee in Colombia. Crossed by two Andes mountain ranges, the Cordillera Central and the Cordillera Occidental, Antioquia benefits from high altitudes and a tropical climate – perfect for growing coffee. At the southwest of Antioquia, bordering the Choco department, Ciudad Bolívar lives of coffee, which drives 70 to 80% of the economy. El Farallón is a small village overlooking the city of Ciudad Bolívar. This is where José Arboleda and Elvia Ramirez purchased their first farm in 1974 – Finca Los Alpes. The beginning of an entrepreneurial success story! As they started to cultivate coffee, they developed a real passion for it. Over the years, motivated by the success their coffee met, José and Elivra started to trade their coffee directly and expanded with the purchase of a second farm, still around Ciudad Bolívar. As their son Juan joined the family business in the mid 1980s, the family business kept growing and was in need of more production capacity. A third farm was acquired! Agropecuaria Farallones was created in 2000, as the business reality required a new administrative structure. The company started to look at exporting when the younger daughter, Olga, joined the family business in the early 2000s. As of today, what started as a small coffee farm in 1974 – Finca Los Alpes – is a coffee producing company with 10 farms, a roastery and a trading office. How far they have come in 45 years!

Our Finca Los Alpes lot is no traditional Natural from Antioquia. After being picked, the cherries are sorted in floatation tanks to ensure that overripe, unripe and defective cherries are removed. The fermentation process is split in two phases and leverages exclusively the microbiological components (yeast and bacteria) that are naturally present in the coffee cherries. First, the cherries are stored in a tank for about 16 hours and start fermenting. Afterwards, the cherries are transferred to hermetic containers where the carbonic maceration starts: carbon dioxide is regularly injected in the tank and the oxygen removed. The saturation in carbon dioxide provides an ideal environment for the development of lactic acid bacteria (they thrive in oxygen-free conditions). During the carbonic maceration, experts from Finca Los Alpes closely monitor the temperature, the Brix degree (sugar measurement), the pH, and the electrical conductivity of the cherries. This second phase of the fermentation lasts 72 hours. Once fermented, the cherries are dried in a temperature-controlled mechanical dryer fuelled with coffee husk before entering a stabilisation phase for up to two months. Through this closely-monitored process, the coffee develops its intense flavours and aromas. 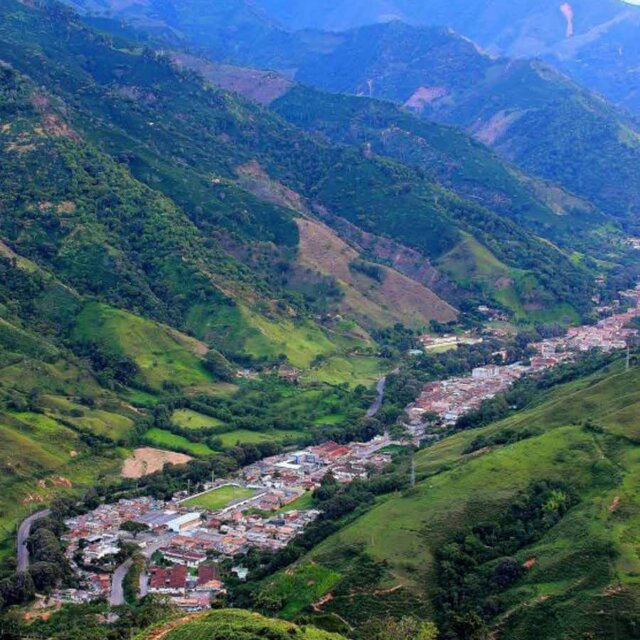 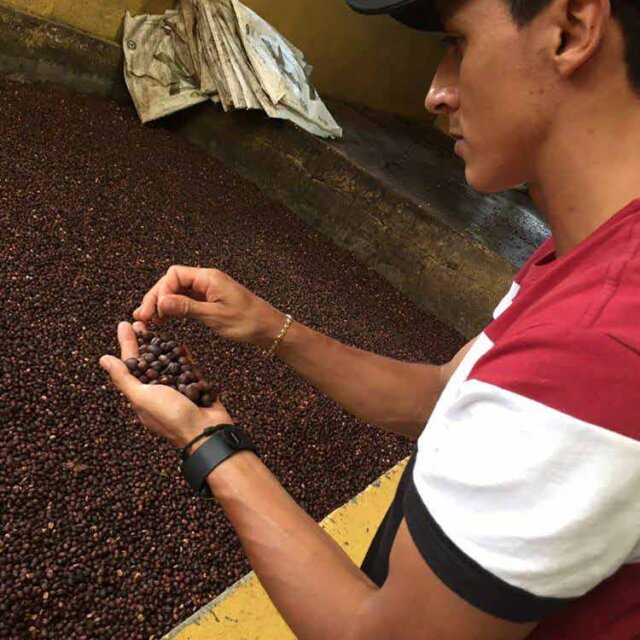 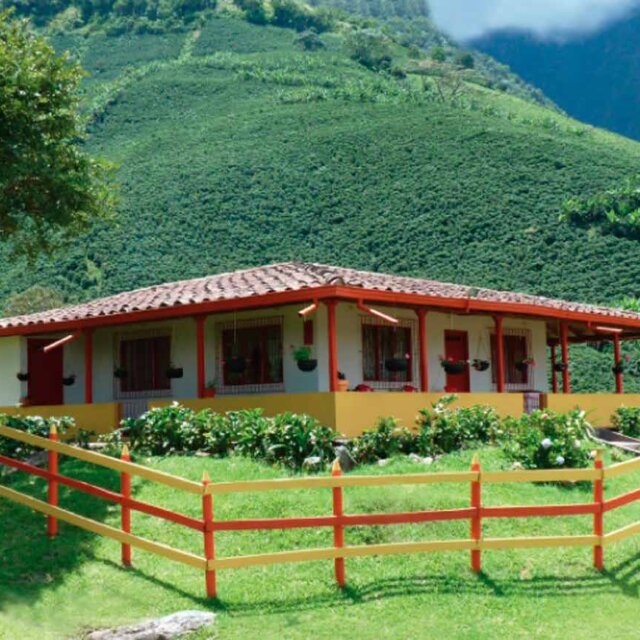 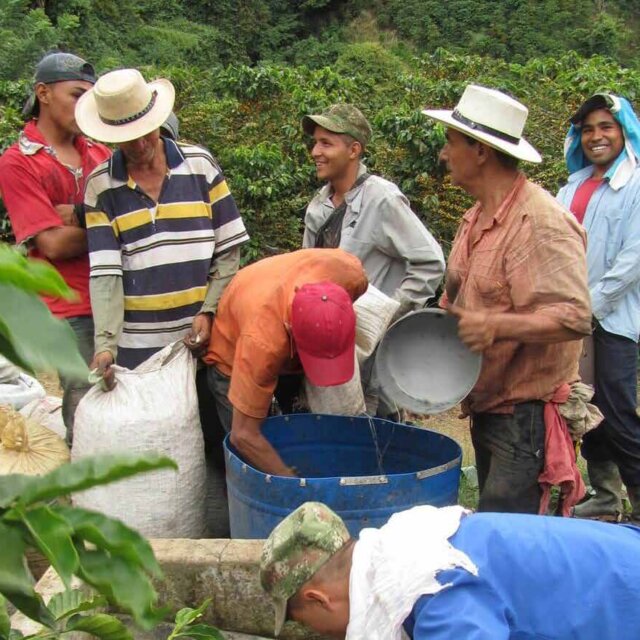