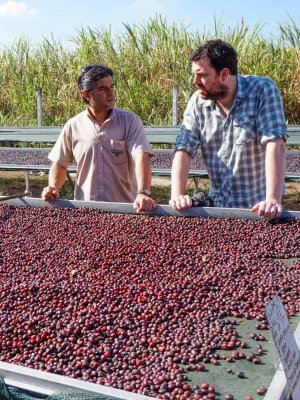 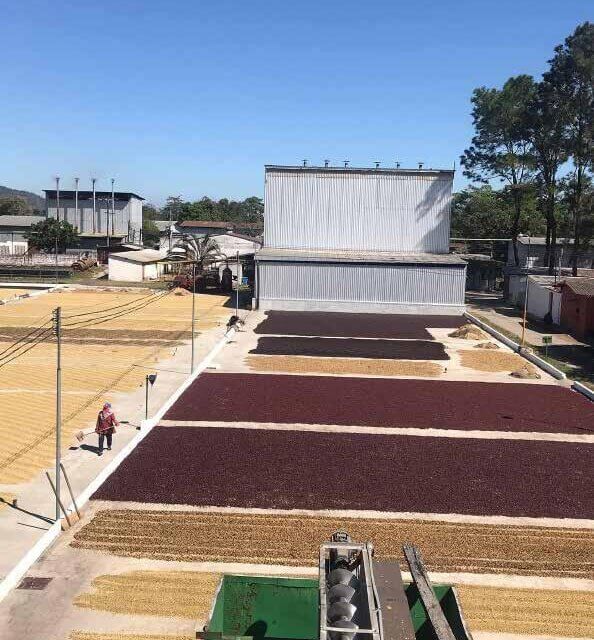 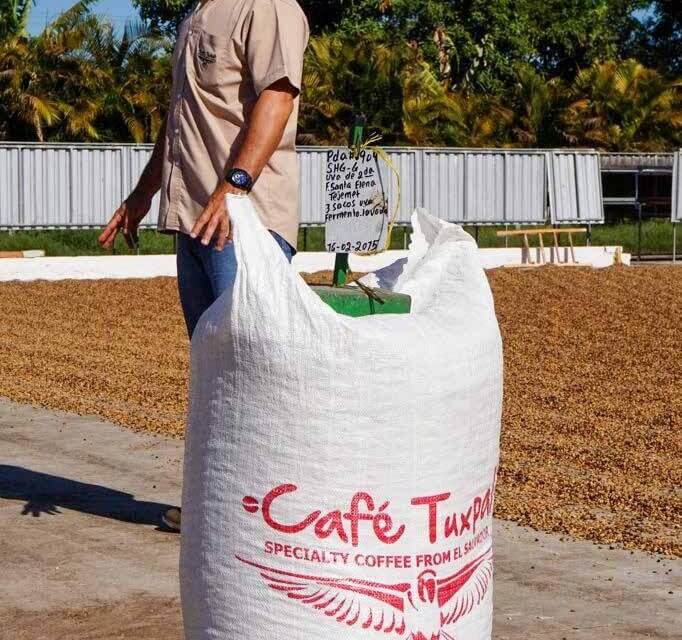 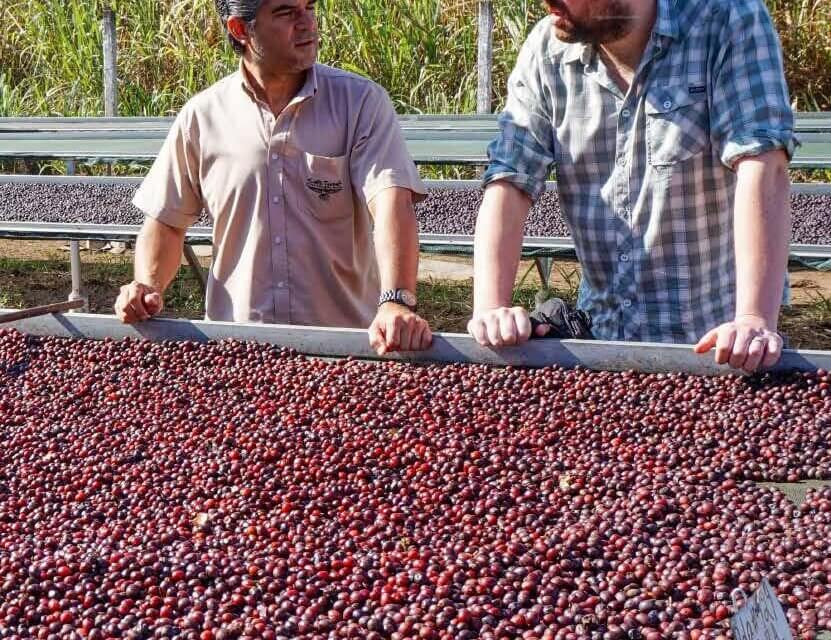 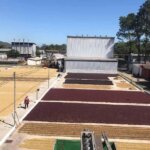 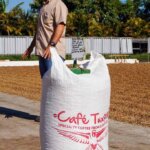 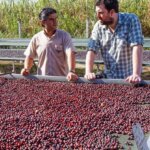 Finca Las Marias – part of the big cooperative called Cafe Tuxpal.
The history of Café Tuxpal traces back to 1905, when José Rosa Pacas bought his first farm in the Apaneca-Ilamatepec Mountain range – Finca San Rafael. A still active volcano in the west of the country, Ilamatepec does not only provide a rich and fertile soil, but also a microclimate with dry winters and warm summer in a country dominated with tropical weather. José planted coffee trees
from the Bourbon varietal, and, a few generations later, coffee still runs in the family blood.

In 1958, Fernando Alberto Pacas Figueroa, a descendant of José, noticed an unusual shrub growing among bourbon coffee trees in Finca San Rafael. After consulting with friends and a thorough
investigation with university researchers, it was determined that this was a natural mutation from bourbon coffee trees, resulting in a new coffee varietal. The researcher in charge could not remember the name of the farm, but remembered the name of the family. So he tagged the trees “Pacas” – the legend says that it how the name
of the varietal was chosen! Nowadays, the Pacas varietal is most known for its cross with the Maragogype varietal, called Pacamara.

Federico Pacas Lopez, owner of Café Tuxpal, is the great-grandchild of Fernando Alberto Pacas Figueroa – Papa Beto. Over the years, the different farms and lands have been divided across the
family branches.
Federico’s great-grandmother, Petrona Palacios Diaz, acquired a plot of land back in 1927 and decided to plant bourbon coffee trees. In 1950, his daughter Petrona Diaz de Pacas (her father-
in-law was Papa Beto) inherited the land and planted Pacas trees.

The land has been passed through the generation and named Finca Santa Petrona in honour of their mother/grandmother.

Federico Pacas Diaz – the father of the current owner – inherited Finca Santa Petrona from his mother in 1989, and purchased the same year Finca El Rosario, a 28-hectare farm in Santa Ana.
Over the years, he developed the business and installed a wet-mill to gain experience and independence in processing his cherries.
When Federico’s son, Federico Pacas Lopez, took over the business in 2012, Café Tuxpal was made of six farms, a wet mill and a dry mill. Café Tuxpal is now involved in the entire coffee supply chain: farming, processing, exporting, roasting and coffee shops. In addition to processing the cherries from its own farms, Café Tuxpal also buys cherries from neighbourhood farmers. Lots are as much as possible kept and processed separately to let the coffee express its intrinsic flavours. 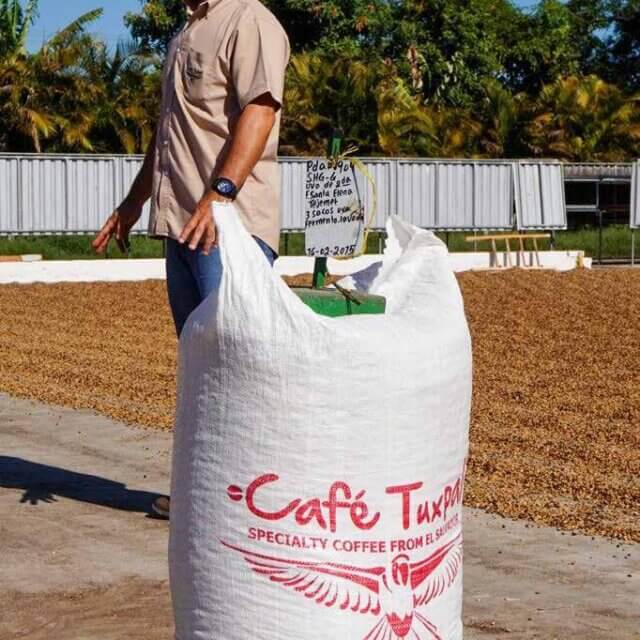 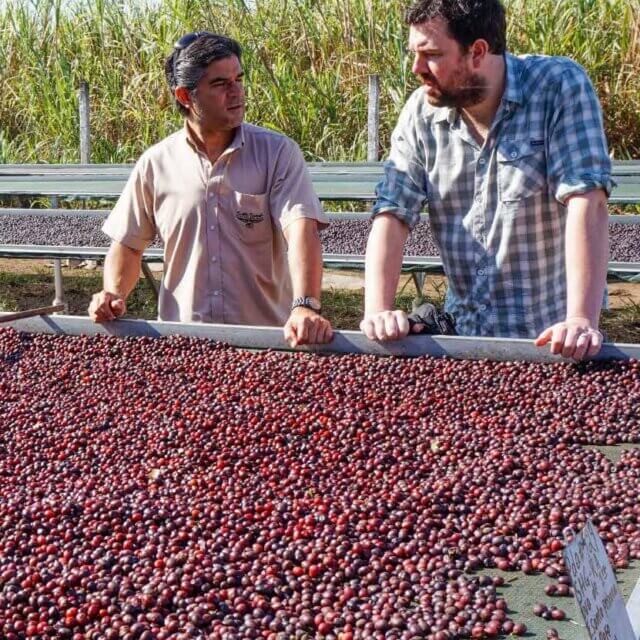