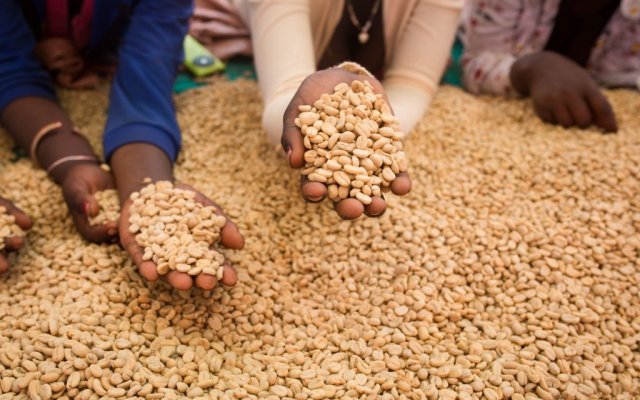 Yirgacheffe Literally translated as “Land of Many Springs,” Yirgacheffe has the ideal topography, elevation, and water sources to produce and process exceptional coffees. Yirgacheffe is one of the woredas, a district like a municipality or county that includes many towns, of the Southern Nations, Nationalities, and Peoples Region (SNNPR) of Ethiopia. Yirgacheffe is part of the Gedeo Zone of SNNPR and the Yirgacheffe woreda is bordered to the south by Kochere, to the west by Oromia Zone, to the north by Wenago, to the east by Bule, and to the southeast by Gedeb. The Yirgacheffe woreda is 409km from Ethiopia’s capital of Addis Ababa and has a population of almost 200,000 people, less than 10% of whom live in cities.

Coffee farmers in Yirgacheffe are typically multi-generational, small-scale landholders, sometimes with only a few acres of land. Most coffees in Yirgacheffe are sold as cherry to centralized washing stations that help further separate flavor profiles. Many farmers also grow the subsistence crop enset ventricosum, also known as false banana.

Yirgacheffe is considered by many to be the birthplace of coffee and the coffee trees grown in the region are a naturally occurring mix of heirloom varietals cultivated among other species in coffee gardens and coffee forests. Washed Coffee was introduced to Ethiopia in the 1970’s, and Yirgacheffe was the location of the first wet processing mill.

The climate in Yirgacheffe is warm and temperate. In the winter, there is much less rainfall than the summer, with an annual average of 1525mm and a difference of 246mm of precipitation between the wettest and driest months. The average temperature across Yirgacheffe is 18.4 degrees Celsius.