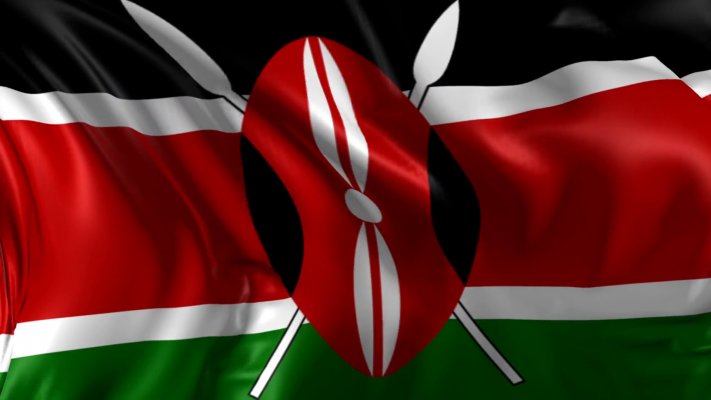 Kaguyu Factory (washing station) is part of the Inoi Farmers Co-operative Society. Kaguyu collects cherries from about 1023 smallholders although on paper there are 1423 members, with an average of 0,4 hectares of coffees. The factory occupies 7 acres of land and was established in 1962, here they receive cherry from the surrounding villages; Kithioro, Mukithi, Waigiri, Ndundu, Kiarithe and Kiimiri.

The factory is well managed, the managers name is Naftari Mwai. He along with 4 permanent staff members and a number of casuals that vary from season to season. This will depend on the level of production in the given season. The permanent staff are responsible for weighing the incoming cherry deliveries from farmers, ensuring that the cherry are well sorted before being added to the hooper, for selection and grading of the coffee throughout the processing, and for paying and addressing member farmers complaints.

The Kaguyu factory sits at an altitude of 1663m, the farms surrounding the factory that deliver cherry here will be within a similar range. The soil in this area is red, and here there is moderate bimodal rainfall that amounts to 1400mm annually, with temperatures between 13 – 25 degrees Celsius.

The longer rainfall that causes the flowering for the main harvest in Dec – Feb is between March and May, while there is also a short rain fall between October and December, giving the fly crop. We are buying coffees from this main harvest, these are available for purchase between January and April.

Varietals:
The smallholders mainly have SL 28, SL 34 and Ruiru 11. Small amounts of other mixed varietals can occur.

Grade:
AA, AB and PB refers to the bean size.

Production process:
Cherries are hand sorted for unripes and overripes by the farmers before they go in to production. An three disc pulping machine removes the skin and pulp. The coffees are graded by density in to 3 grades by the pulp­er. Grade 1 and 2 go separately to fermentation. Grade 3 is considered low grade. The coffee is fermented for 16-24 hours under closed shade. After fermentation the coffees are washed and again graded by density in wash­ing channels and are then soaked under clean water from the Gatomboya stream for 16-18 hours.

Drying:
Sun dried up to 21 days on African drying beds. Coffees are covered in plas­tic during midday and at night.

GENERAL INFORMATION
Kenya mainly produces fully washed coffees, and is considered by many as the world’s number one quality producer. There are more than 700 thousand coffee farmers (smallholders) representing about 55% of the production. The rest is mostly Estates.

FARMING AND PRODUCTION
The Cooperative Societies are the umbrella organization for one or several wetmills. Typically you have the Tekangu society that represents the wetmills Tegu, Karogoto and Ngunguru. The wet mills in Kenya are called Factories, e.g. Karogoto Factory.

CHERRY DELIVERY
Is done at the wet mills or at collection centers. When the farmers arrive at the place for delivery they would normally have to empty their bags on the floor (on a cover) to sort out unripe, overripe and CBD infected cherries.

PULPING
When they start the pulper the cherries go by gravity in to the machine.
They normally use disc pulpers such as old three disc Agaarde or similar brands. The parchment flows from the discs with water allowing the parchment to be separated by density. The densest beans will sink and are pumped straight through a channel to the fermentation tank as P1 (parchment 1 and is what we generally are buying.

Fermentation
After pulping, the coffees are dry fermented (water is drained off) in painted concrete tanks. Normally they are fermented for 18-24 hours. Many factories do intermediate washing every 6 – 8 hours, meaning they add water, stir up the parchment and drain it again.

Washing and soaking
When fermentation is completed and the mucilage is disolved the parchment gets washed in washing channels and graded again by density. The lighter beans will float off and the remaining dense parchment will normally be soaked in clean water up to 24 hours.

DRYING AND CONDITIONING
After soaking, the coffees are skin dried at hessian mesh mats for skin drying up to one day. After a day the coffees are moved to the traditional drying tables. The coffee is then normally dried on a surface of jute clothing or shade net on top of the wire mesh.
The drying time varies between 12 and 20 days depending on weather and rainfall.
Sourcing, milling and export
The dry mills in Kenya works very well and are highly professional and efficient. The coffees goes through their standard grading systems:
E (Elephant beans) = screen 19 and up, AA = 17/18, AB = 16/17, PB = Peaberries.
In the mill everything is kept separate for the auction, and it’s a great opportunity to cup through the different grades from the same outturns and consignments.
At this point we are able to do extensive cupping at the mill or the at the lab of the marketing agent to be able to pick out our coffees before they enter the auction catalogue.
Whenever we have found a coffee and want to commit, we will have the marketing agent negotiate the price directly with the producers (in our case the Cooperative Society as we normally buy from the smallholders cooperatives).
The good thing with the system in Kenya is that everything is more or less separated into small lots and different grades.
If you buy coffees direct through the second window, the producers expect to get prices above the average auction prices at present time.
In addition the system is transparent as everybody knows what’s going back to the society after cost of milling and marketing is deducted.
In fact many of the more serious Societies and factories are competing, getting cherries in from the same areas, and are putting effort and pride in giving the best payback to their farmers. Some of the Coops we work with have been able to pay up to 90% back to the farmers.