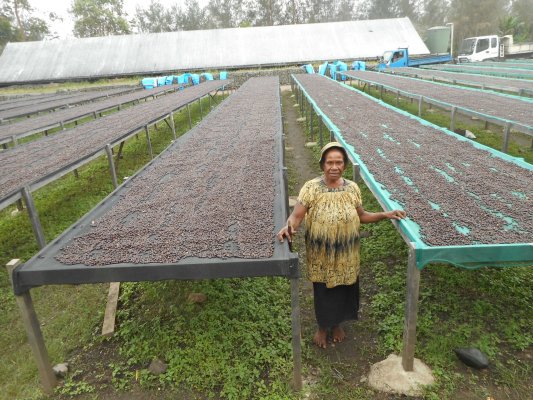 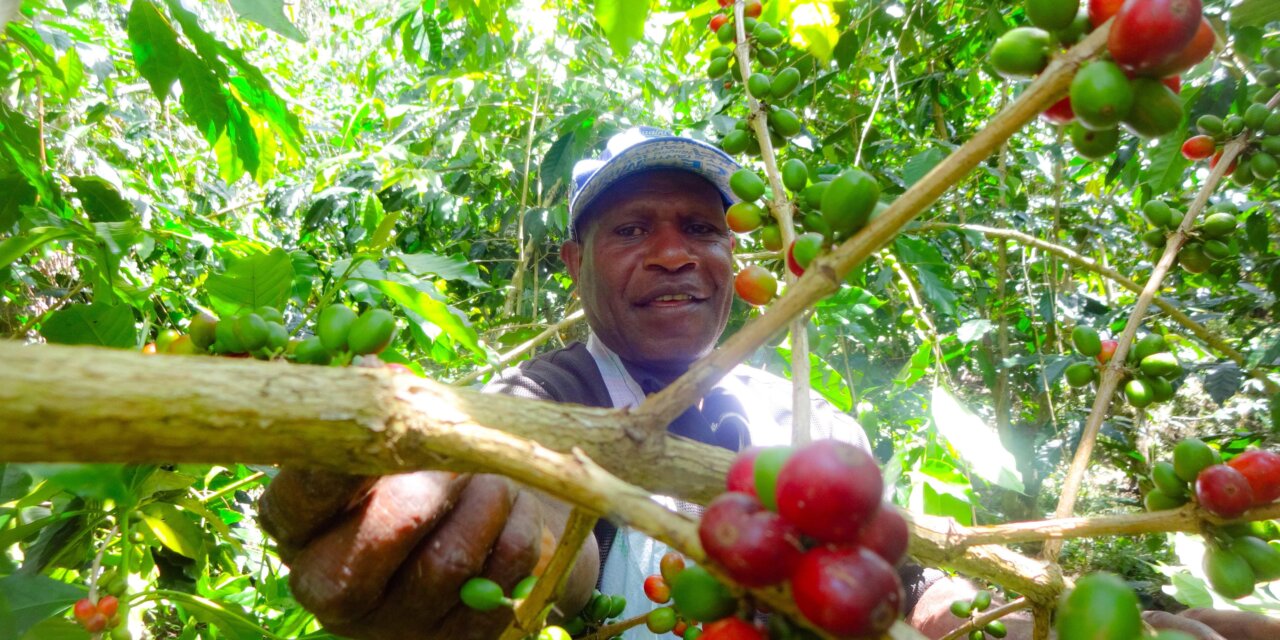 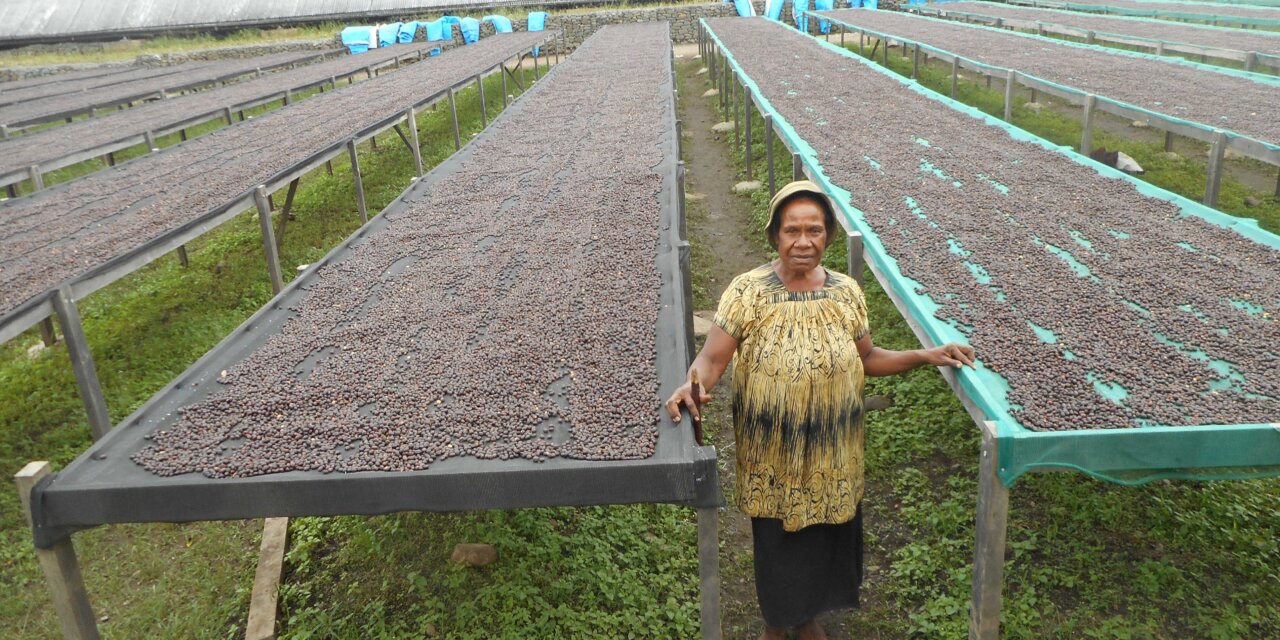 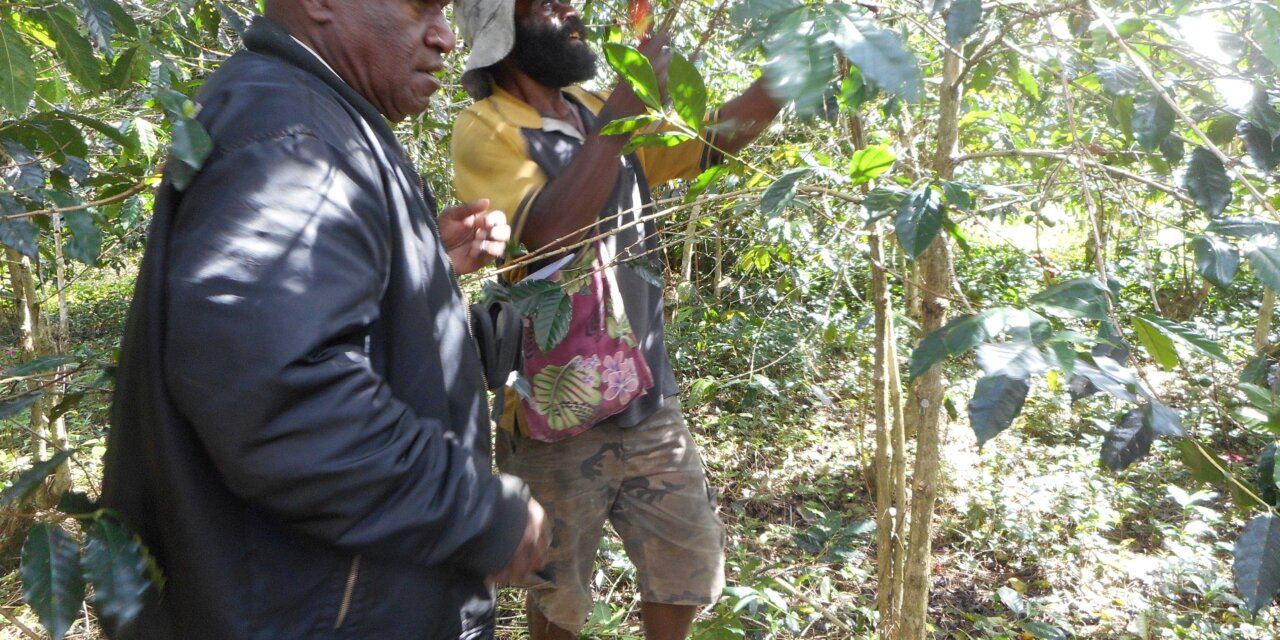 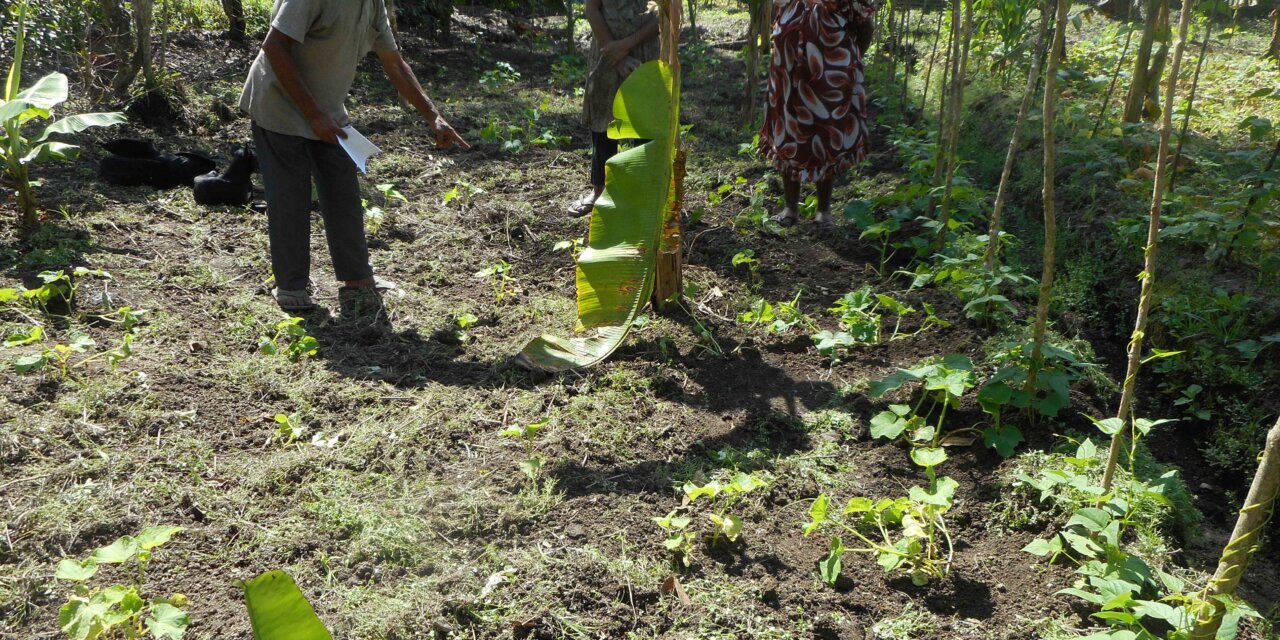 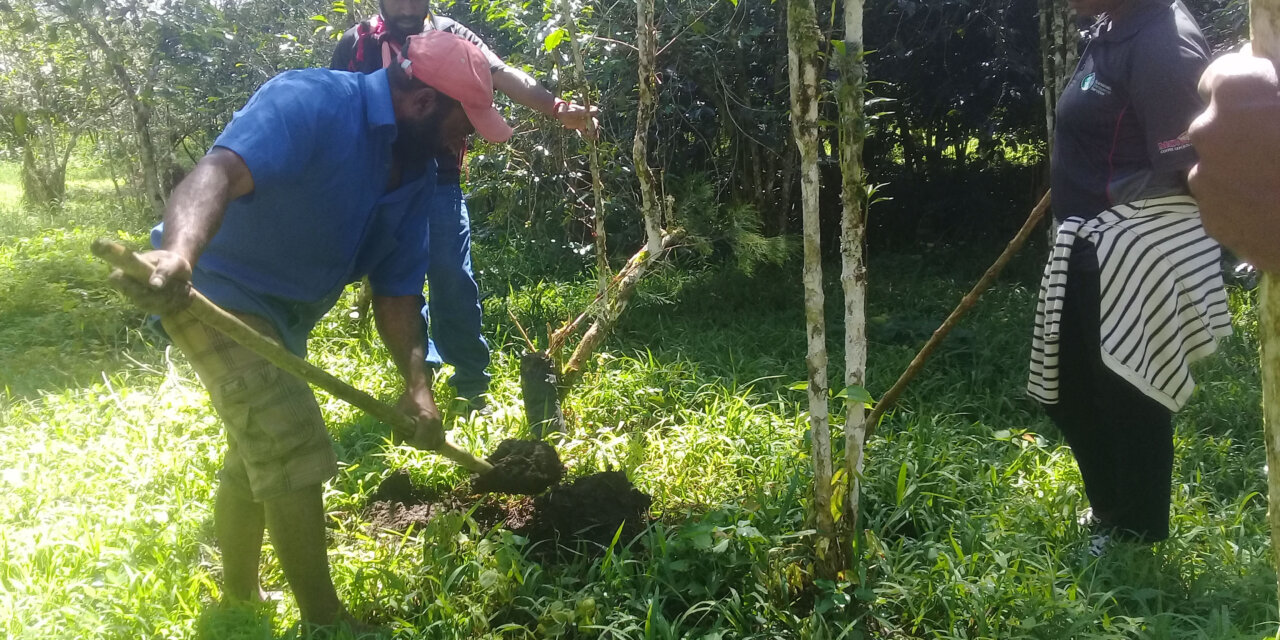 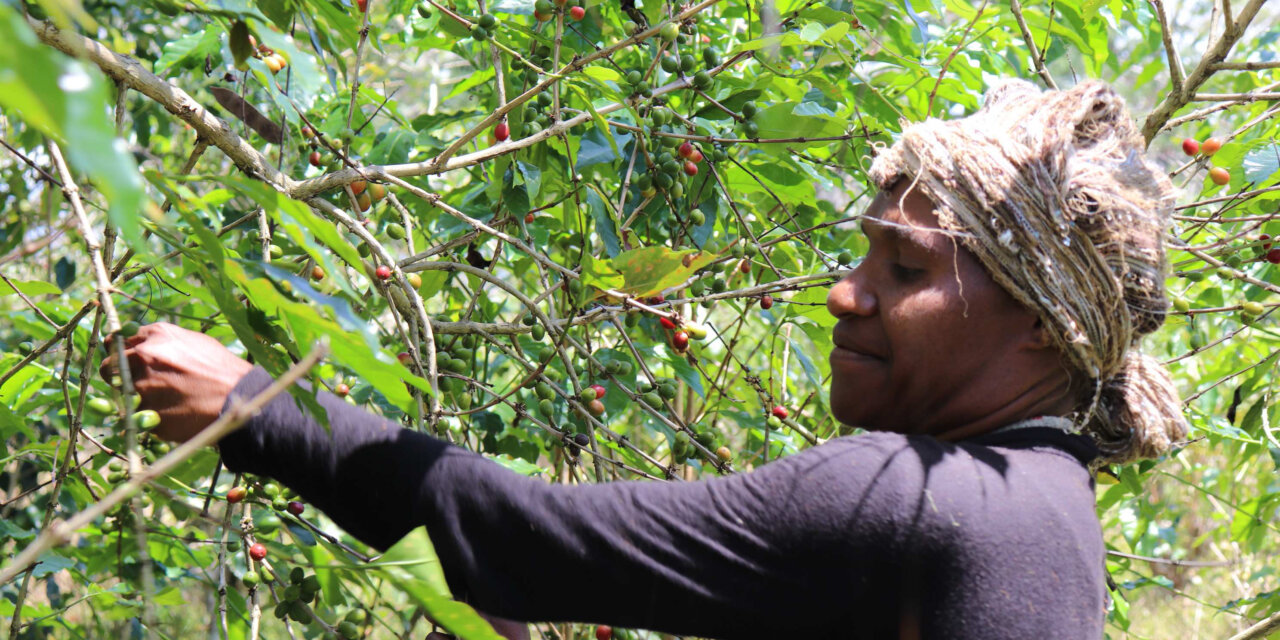 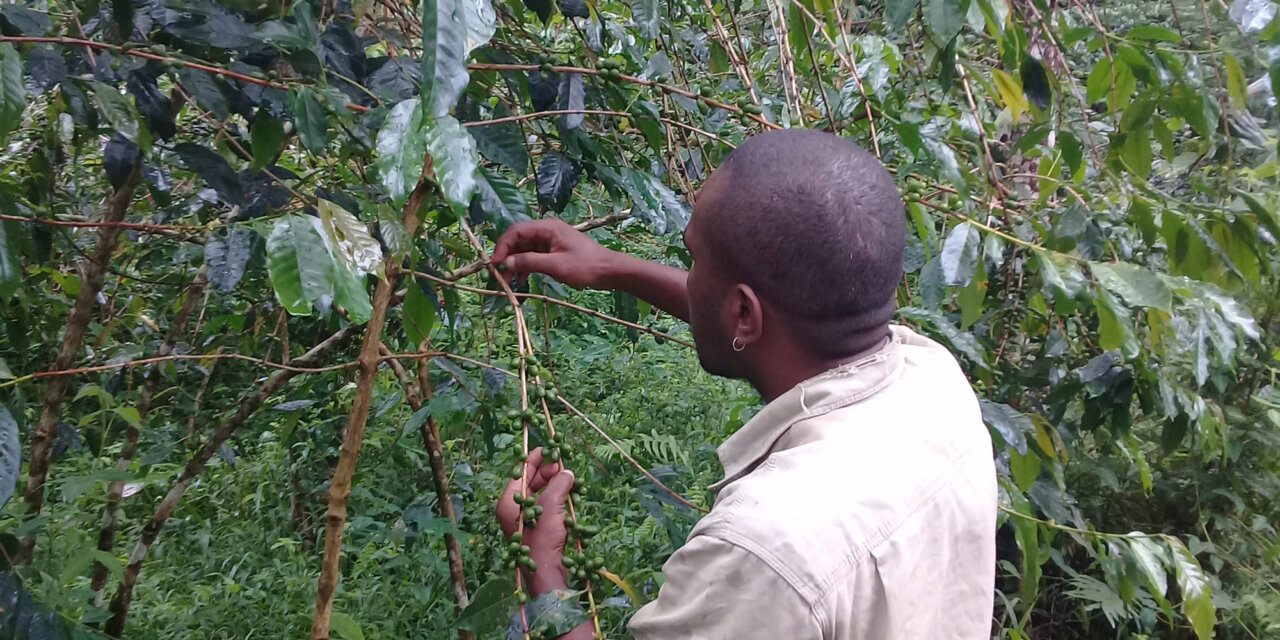 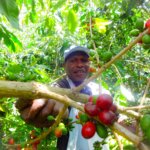 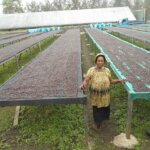 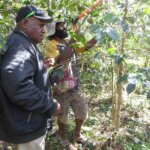 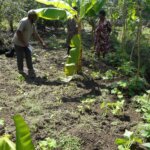 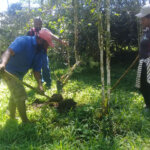 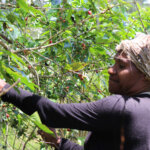 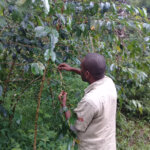 This special lot from Monpi coffee is made entirely from Smallholder farms from Jiwaka Province. The regions high altitudes and fertile lands not only help to provide the optimum setting for coffee growing, but also microclimate like conditions that give lots from Arufa their unique characteristics.

Coffee was initially introduced to Papua New Guinea (PNG) in the late 19th century and is directly linked to the country’s colonial history. Likely, coffee was first grown in PNG by Emma Coe Forsayth: a businesswoman and plantation owner of mixed American and Samoan descent. Emma set up large cocoa and coconut plantations in the Kokopo District in the East New Britain Province (ENBP). It is probable that her vast plantation also included coffee.

Today, coffee is a major industry for Papua New Guinea with the country currently exporting around 1 million bags of
coffee every year; involving more than 2.5 million people (nearly half of the total population).

This lot takes its name from the community in which it is grown. Sitting in the shadow of Mount Bangeta, the land is filled with winding waterways that help distribute much-needed volcanic nutrients throughout the soil. Traditionally, these very remote regions of Papua New Guinea are difficult to traverse, meaning many producers have to carry their crop over long distances to receive factory door prices. Fortunately for communities in Arufa, the region benefits from good road access, allowing producers access to Monpi’s mill.

Land in PNG is still to this day conventionally owned, with plantations in Arufa managed by smallholder farmers; averaging just 2 hectares. Coffee is inter-cropped with other produce to increase soil humus (decaying plant matter that increases retention of moisture and nutrients), fertility and shade. Crops include; plantain, bananas, yams, sweet potato, cabbage and other traditional foods. Although a variety of other produce is grown, coffee cultivation is often the primary means of income; with other produce grown and livestock reared only for personal consumption. This makes coffee an important cash crop, as most farmers in the Jiwaka Province will grow coffee for income.
Farming is conducted via tried and tested means, often with the use of just organic imputes due to the expensive nature of synthetic fertilizers. Since 2013, Monpi Sustainable Management Services (SMS) have sought to benefit from this,
assisting producers in becoming certified. With the assistance of external bodies, the SMS team began auditing their producers, with the first farm achieving Organic status in 2014. As of 2020, 937 smallholder farms have been registered under Monpi’s coffee certification program, with much of this achieved thanks to the SMS team’s efforts.

To encourage producers to reach certification standard, the SMS team assist with a number of initiatives. The regular slashing of weeds is encouraged. Once the weeds are decomposed, in turn, these can be used as inputs on the farm. Coffee cherry pulp from the mill is also regularly dropped at designated points so that farmers can take the sacks back to their farms and apply by spreading under their coffee trees. All guidance by the SMS team is monitored with regular field trips to provide support.

After the main season harvest between September and November, the SMS team also assists with maintenance or structural pruning, as well as drastic renovations such as stumping. Varieties Typica and Bourbon have been farmed in Papua New Guinea since first being introduced during the colonial era. However, many producers today favour planting newer varieties such as Arusha, due to its resistance to disease and good cup quality. The SMS teams are helping old farms plagued by low yield capacity to rehabilitate most of their coffee trees to help improve productivity.

For harvesting, the coffee cherry is selectively handpicked; with producers aiming to only pick ‘full maroon cherries’. Once picked, the cherries are assessed, hand sorting and removing any under/over ripe or defective beans from the quality stock. Once sorted, the coffee cherry is taken to be dried. This will either be on raised beds or tarpaulins on the ground; depending on quality.

Once placed on the beds, the coffee cherry is continuously stirred. This allows moisture outside of the bean to be dried by the breeze. The drying beds will often be cared for by women of producer families, who will hand sort through to remove any further defects. For these natural cherries, the drying process will take around a month, depending on the climate. Once the beans reach 12% moisture, the coffee is ready for collection to be transported to the dry mill. Once here, the coffee will be graded and milled, ready for export.

As well as direct impacts on farming, Monpi’s sustainability team offers other benefits to help with conservation and positive social impact. In terms of wildlife management, farmers are educated not to hunt endangered wildlife such as bird of paradise, tree kangaroos, Horne bills, peacocks and parrots. Instead, farmers are educated on alternative species that can be used for food, medicines, and other benefits.

For social impacts, the sustainability team has helped to develop access to clean drinking water to four communities in the region. Recently, the team has built a market at the mill, allowing women to sell produce to mill workers and farmers. 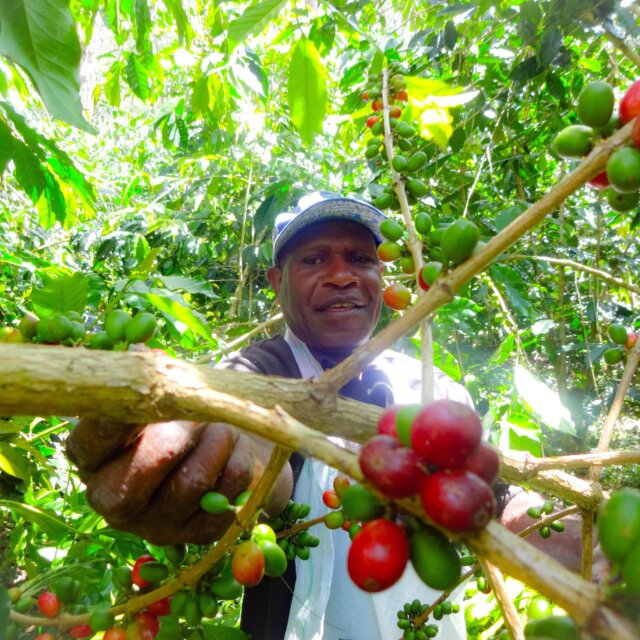 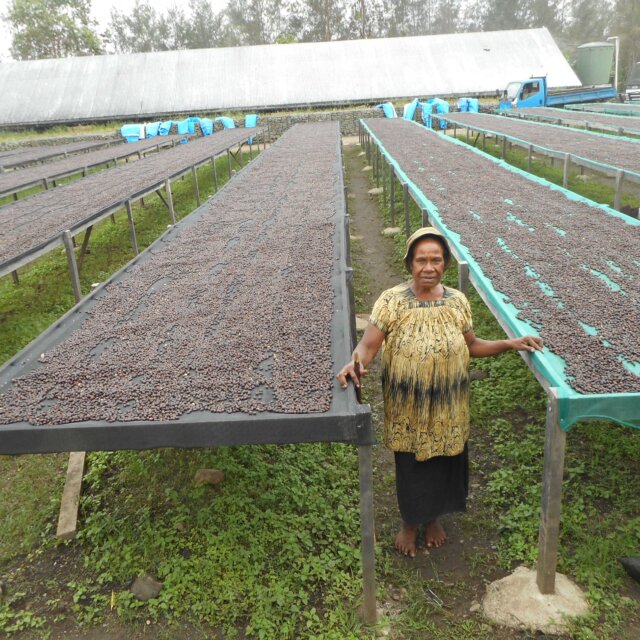 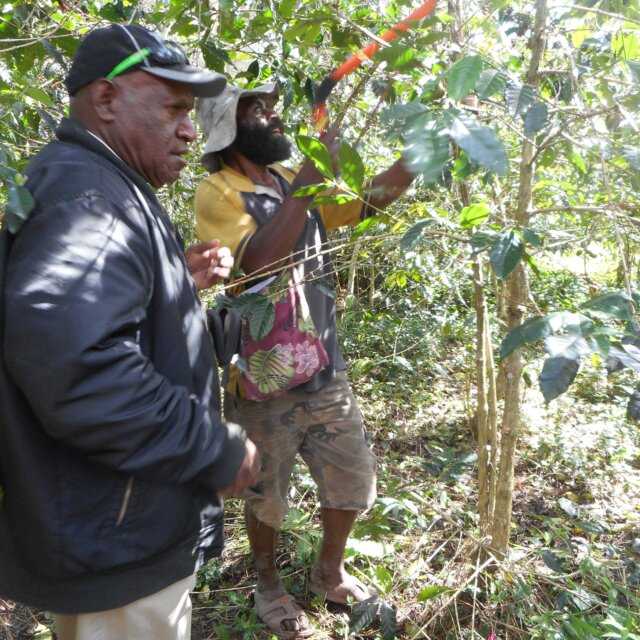 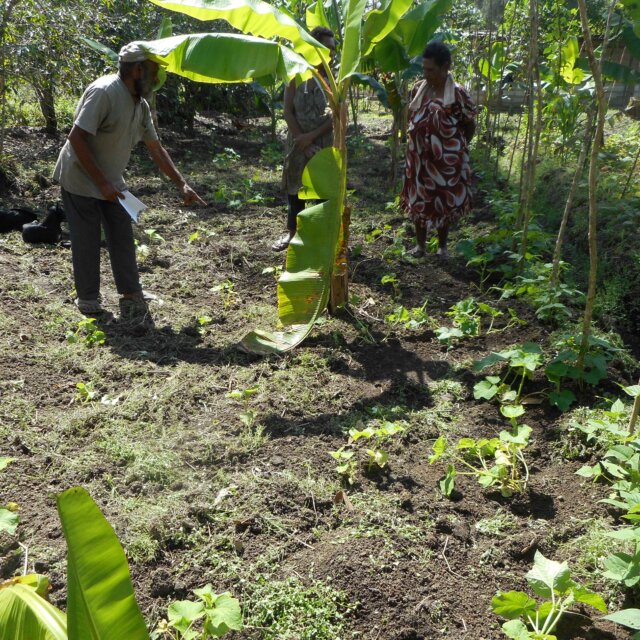 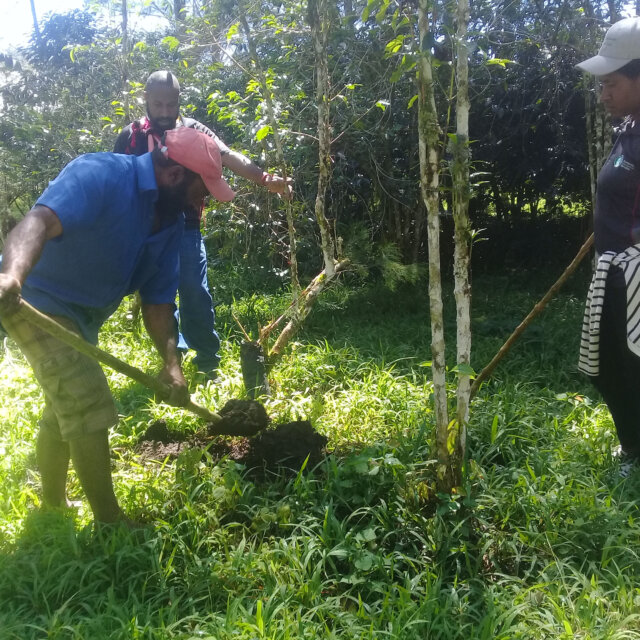 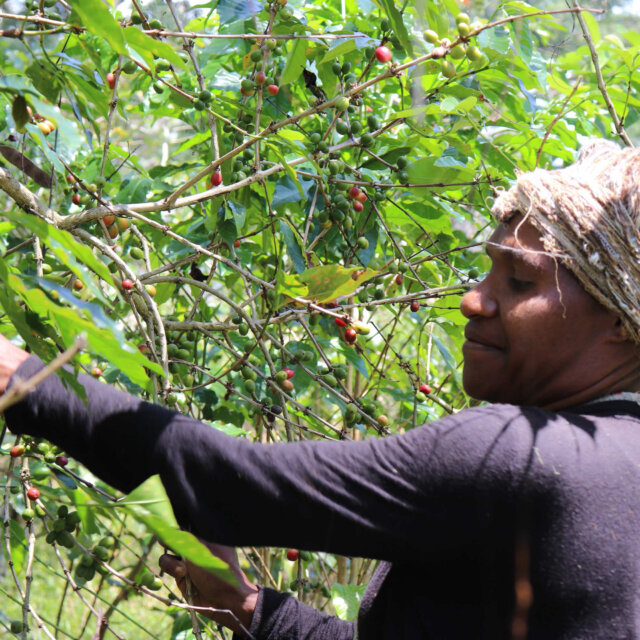 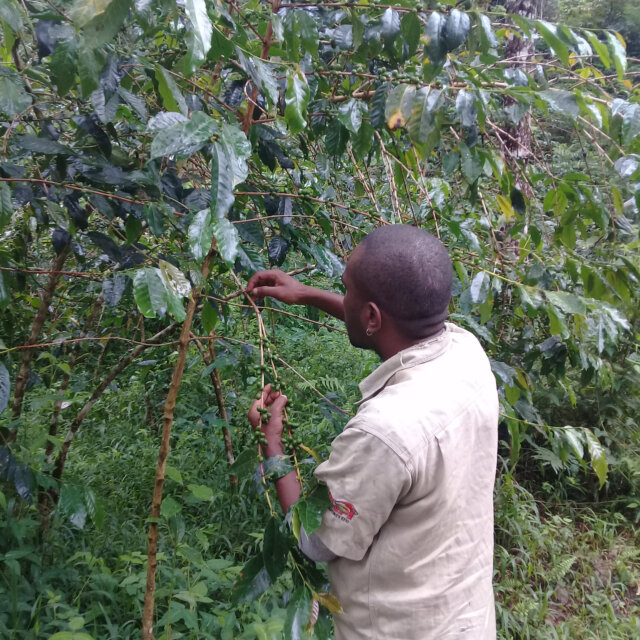