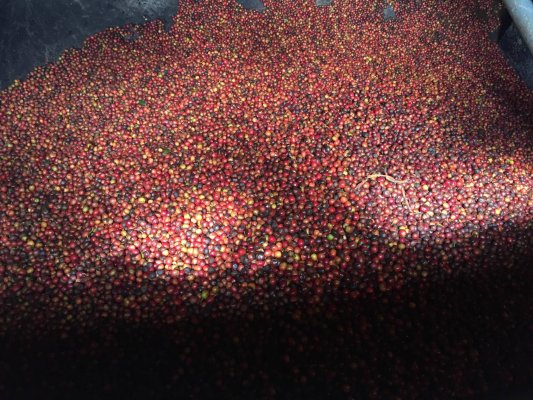 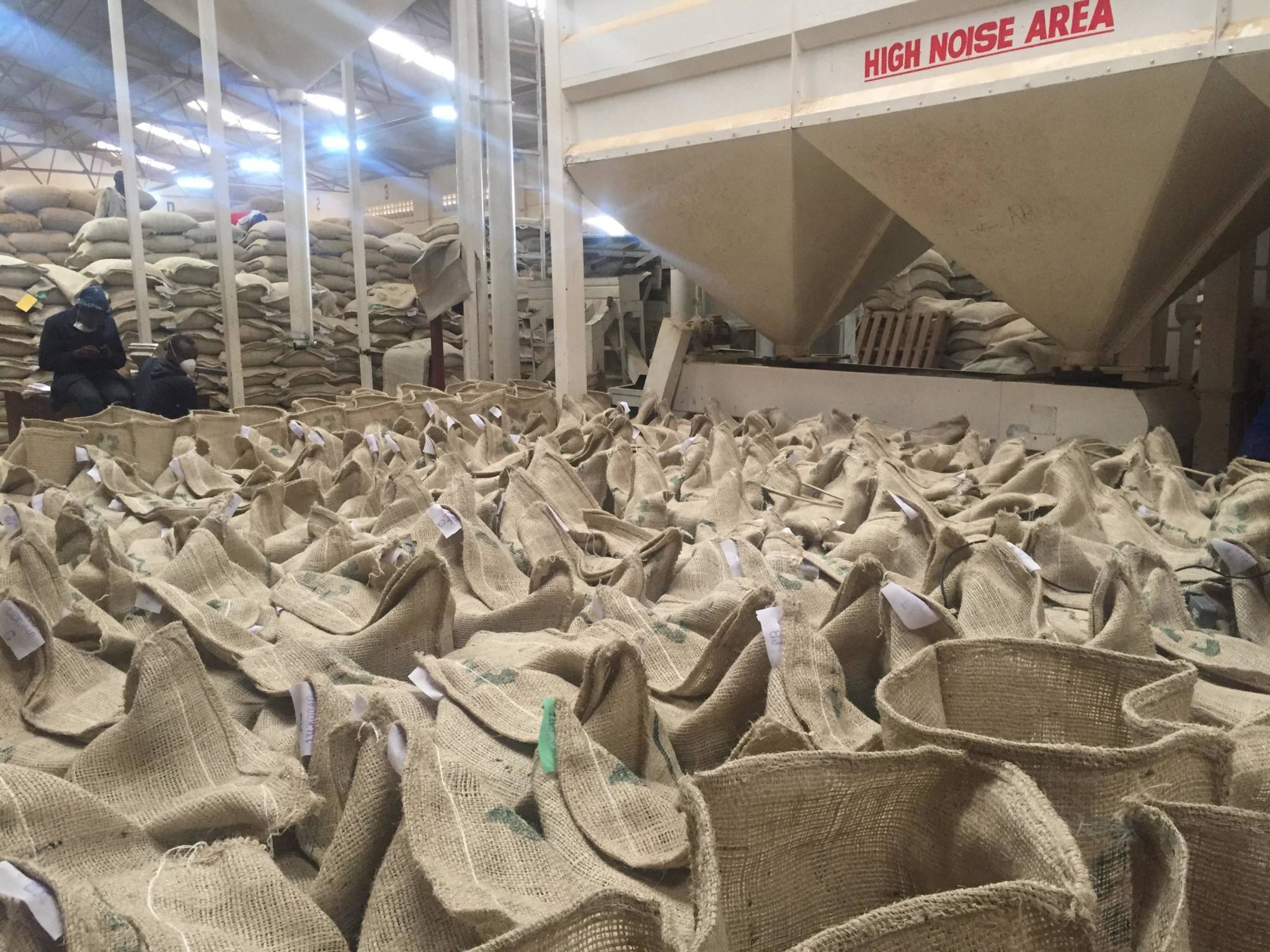 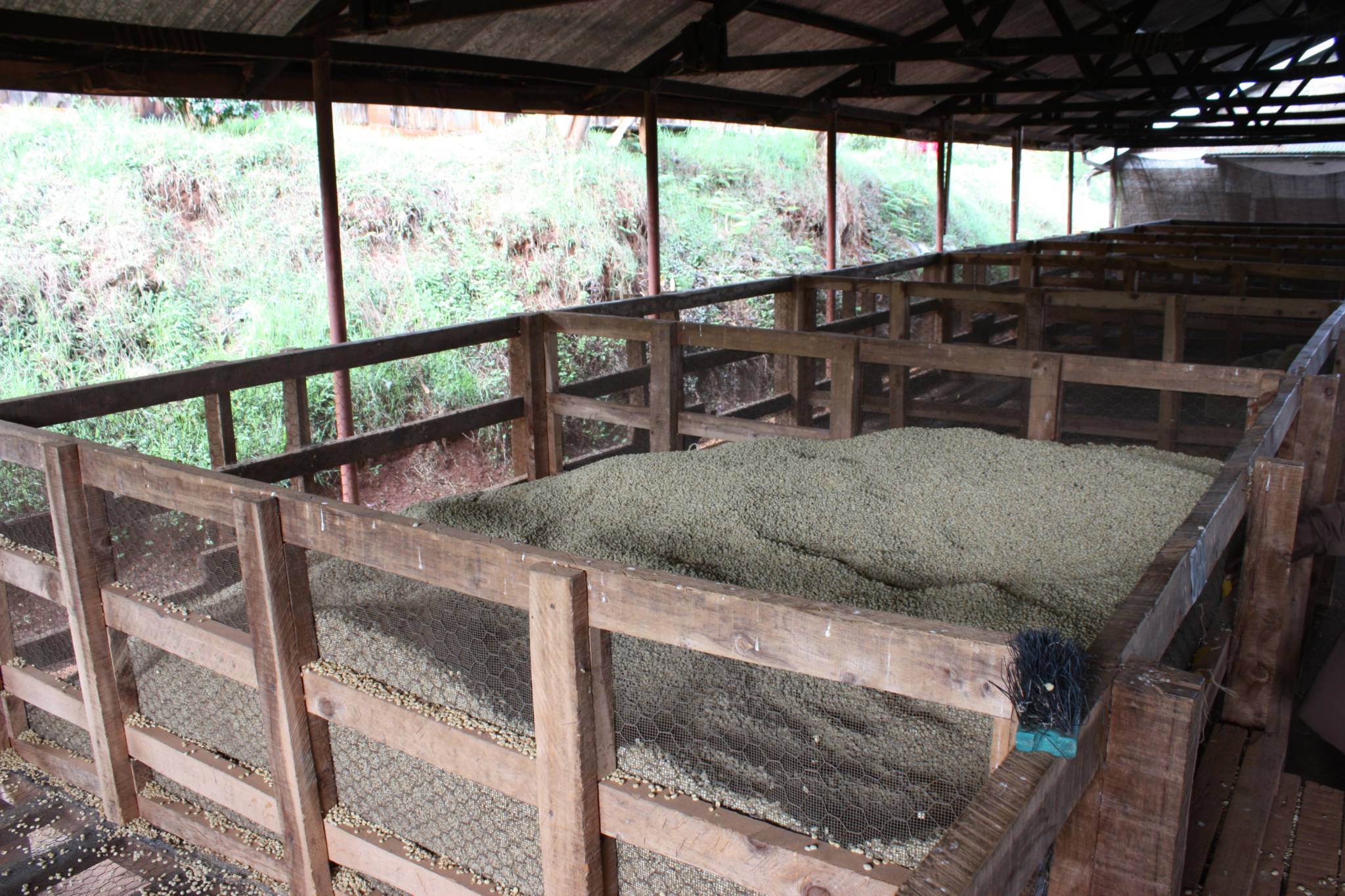 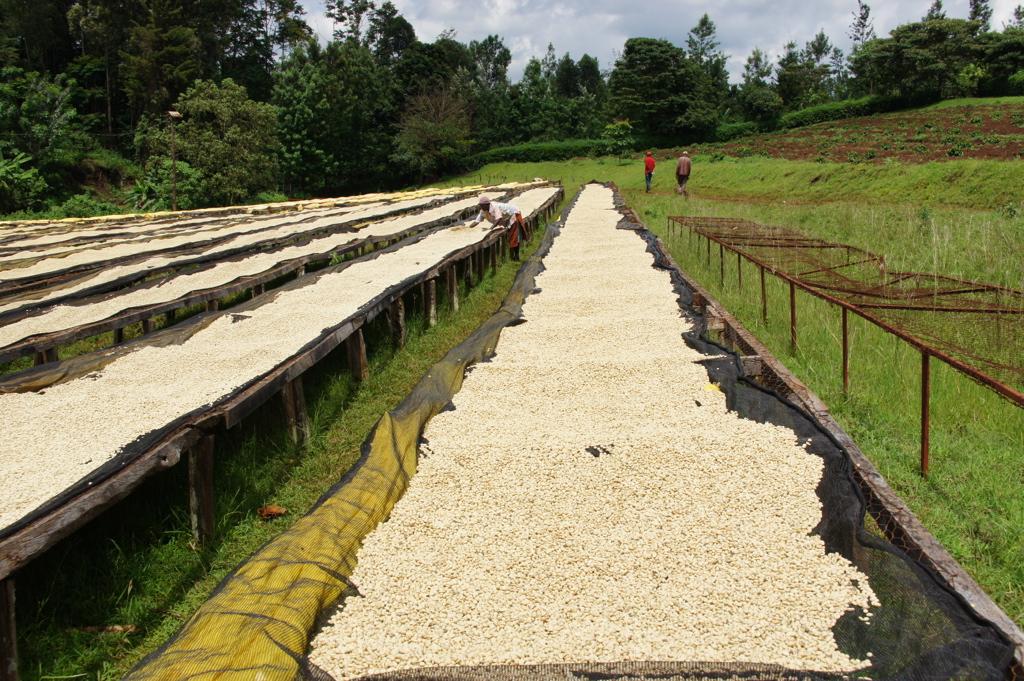 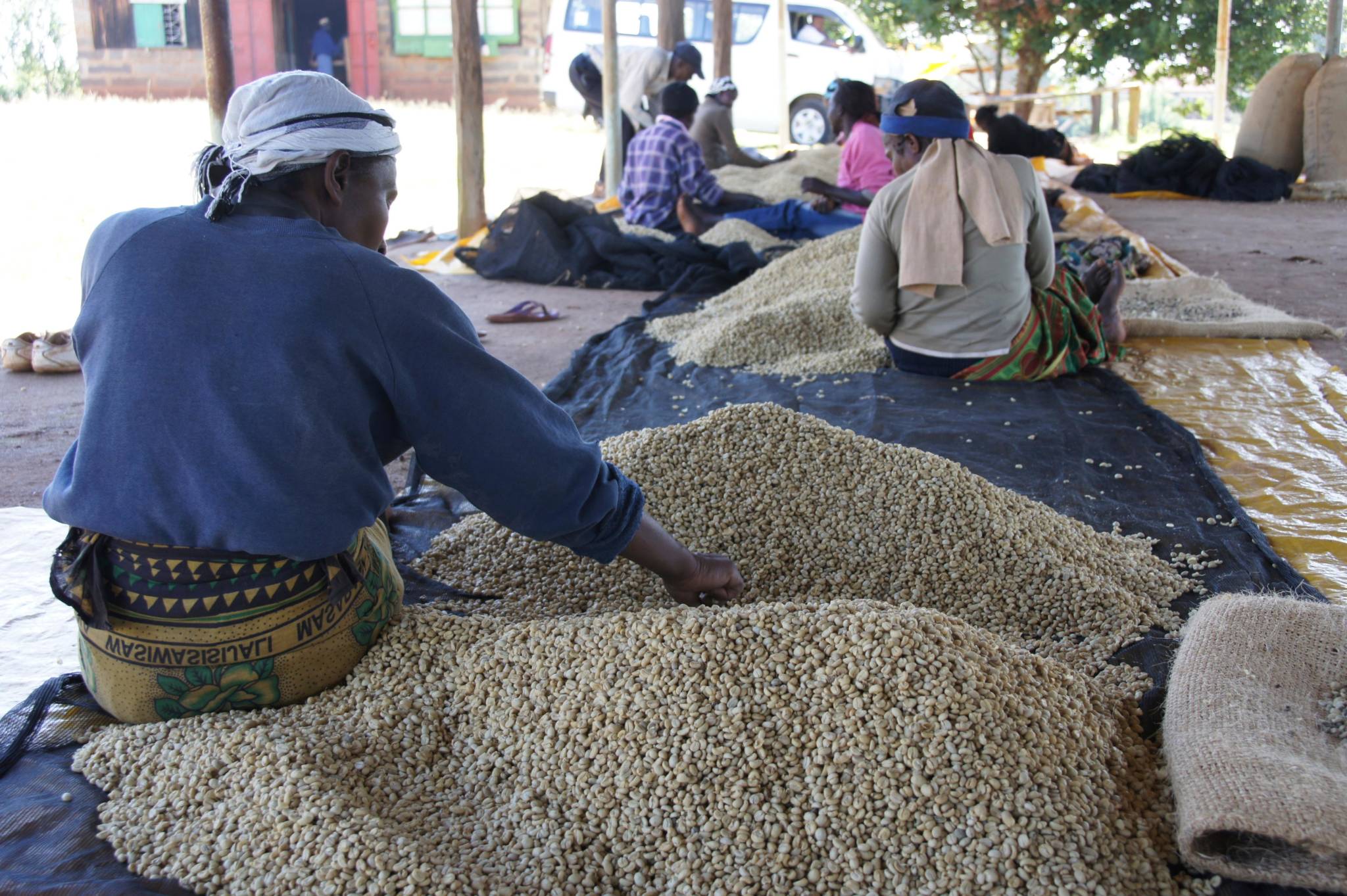 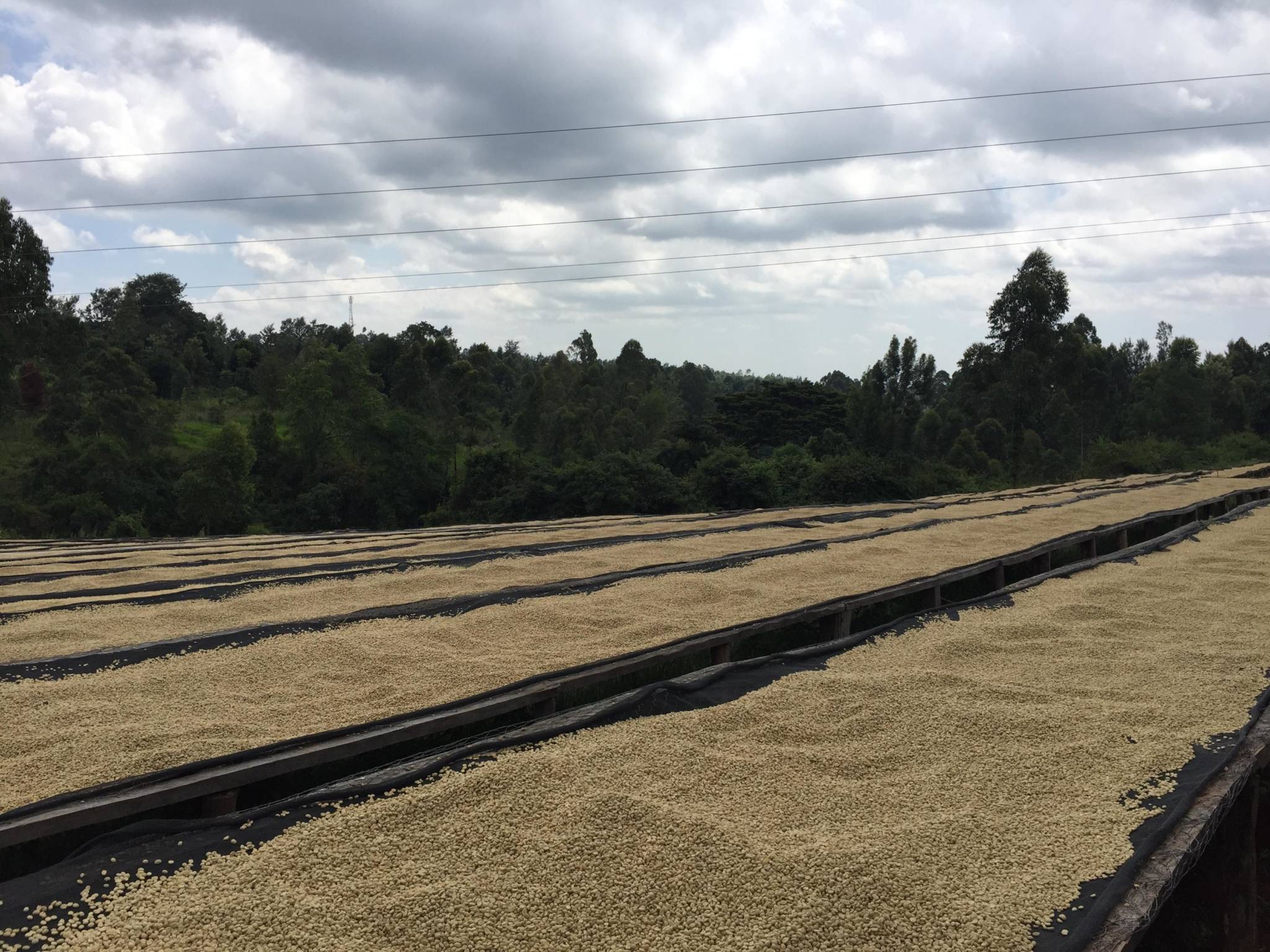 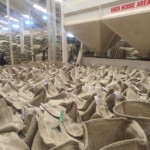 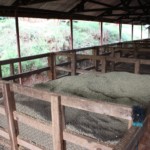 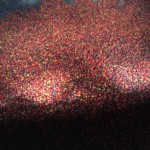 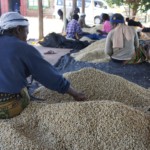 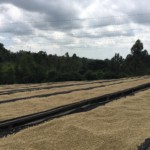 This Ruarai AB is another coffee that was cupping better than most of the general AA’s this season. It’s from Nyeri, and is a coffee we have bought for some years. Ruarai is also the name of the river that passes through the area, and this is where they get their clean water for their processing. The factory is under the Ruthaka Farmers Cooperative Society. They are supported by Tropical farm management, a company that supports small holders to increase their coffee production as well as help the factories on quality control and trace ability related to processing. The factory is also giving out the fruit after pulping for the farmers to make compost. The coffees are traditionally processed with dry fermentation before washed and graded in channels and dried on raised beds. The farmers are mainly growing SL28 and SL34, but might also have other varieties mixed in.

RUARAI is a Kikuyu name meaning “a place of rocks” due to the rocks of the same river over which it flows down along the factory.The water of this river is driven through fallows for fermenting and other uses of the factory. Within the vicinity of the factory, there is the famous Gakindu open-air market, which deals with farm produce and livestock’s.

Ruarai Factory (washing station) is part of the Ruthaka Farmers Co-operative Society. Ruarai collects cherries from about 600 smallholders with an average of 0,4 hectares of coffees. Their total production is about 280 tons of cherries pr year. Fermentation is done with Fresh River Water from Ruarai river.

The Ruthaka Farmers Cooperative Society is located in Nyeri in Central Kenya. Nyeri is known for coffees with intense, complex, and flavor-dense cup profiles. It is made up of mainly smallholder farms, each with some 100 trees. They are organized in Cooperative Societies that acts as umbrella organizations for the Factories (wetmills), where the small­holders deliver their coffee cherries for processing.

The annual average rainfall in the area is 1400 mm. The temperatures are mainly between 14 and 25 celcius. The soils around Mount Kenya is rich volcanic soils. Mainly Nitisol. Nitisols occur in highlands and on volcanic steep slopes. They are developed from volcanic rocks and have better chemical and physical properties than other tropical soils.

The main flowerings are in February – March, the main harvest from October to December and the coffees normally comes available for purchase between January and April.

The smallholders mainly have SL 28 and SL 34. Small amounts of other mixed varietals can occur.

AA, AB and PB refers to the bean size.

Cherries are hand sorted for unripes and overripes by the farmers before they go in to production. An Agaarde disc pulping machine removes the skin and pulp. The coffees are graded by density in to 3 grades by the pulp­er. Grade 1 and 2 go separately to fermentation. Grade 3 is considered low grade. The coffee is fermented for 16-24 hours under closed shade. After fermentation the coffees are washed and again graded by density in wash­ing channels and are then soaked under clean water from the Gatomboya stream for 16-18 hours.

When they start the pulper the cherries go by gravity in to the machine.

They normally use disc pulpers such as old three disc Agaarde or similar brands. The parchment flows from the discs with water allowing the parchment to be separated by density. The densest beans will sink and are pumped straight through a channel to the fermentation tank as P1 (parchment 1 and is what we generally are buying.

The dry mills in Kenya works very well and are highly professional and efficient. The coffees goes through their standard grading systems:

In the mill everything is kept separate for the auction, and it’s a great opportunity to cup through the different grades from the same outturns and consignments.

At this point we are able to do extensive cupping at the mill or the at the lab of the marketing agent to be able to pick out our coffees before they enter the auction catalogue. Whenever we have found a coffee and want to commit, we will have the marketing agent negotiate the price directly with the producers (in our case the Cooperative Society as we normally buy from the smallholders cooperatives).

The good thing with the system in Kenya is that everything is more or less separated into small lots and different grades.If you buy coffees direct through the second window, the producers expect to get prices above the average auction prices at present time. In addition the system is transparent as everybody knows what’s going back to the society after cost of milling and marketing is deducted.

In fact many of the more serious Societies and factories are competing, getting cherries in from the same areas, and are putting effort and pride in giving the best payback to their farmers. Some of the Coops we work with have been able to pay up to 90% back to the farmers.