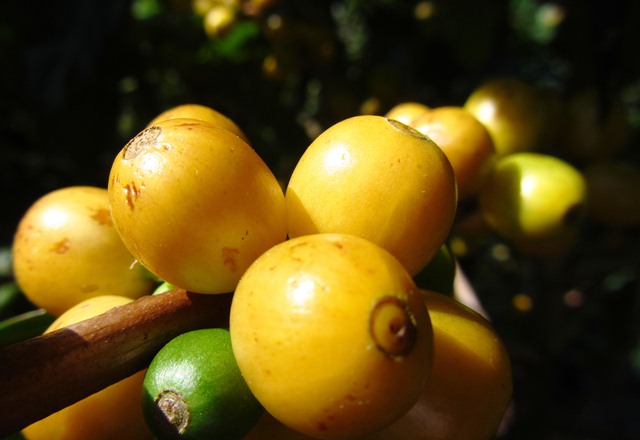 Fazenda Dona Nenem Group and Fazenda São João Grande Century XIX already ending in the last decades. Brazil is effervescendo politically. The country already waved in a change of monarchy to republic. Slavery was losing strength, but it still survived because of the great Brazilian agricultural production. It is in this scenario that the Campos family had firm roots in the interior of Minas Gerais, more precisely in the town of São Francisco de Paula. The small village was until then district of the city of Oliveira, 160 kilometers of the state capital, Belo Horizonte. The Brazilian coffees, especially the miner, stood out as products of great penetration in the foreign market. Mário Campos e Silva became a coffee grower of great strength in the village in 1904. The visionary man from the countryside, born in Paracatu on November 3, 1873 and based in São Francisco de Paula, has an advanced production to the standards of the time, In which many rural producers still used slave labor force.

Mário Campos and his wife Maria José Cambraia de Campos, affectionately called “voinha” by their grandchildren, have their son Francisco Cambraia de Campos. Not unlike his father, Francisco also began to work on the farm, learning from the field offices, managing family businesses and taking care of coffee plantations. Decades went by and Mario’s family grew. On May 20, 1946, the grandson, Eduardo Pinheiro Campos, was born. The boy is the great pride of his father, Francisco, and his mother, Maria Conceição Pinheiro de Campos. He grows, like his father, on the farm, accustomed to rural life. He learns locally to treat oxen and cows, as well as the challenges and secrets of coffee production. The adolescent phase instigates him to raise other flights. Life in the small São Francisco de Paula, now emancipated and with a population of no more than 8 thousand inhabitants, is
Bucolic The 15 years causes him to seek greater agitation. Eduardo was an applied, insightful student. Intelligence takes him to Belo Horizonte, 175 kilometers away from his father’s lands and the comfort of his family.

After finishing school, Eduardo Campos already has in mind which profession he will dedicate himself to. Being an engineer is in the young man’s head as an obvious path. He studied civil engineering and became one of the great professionals of the sector in southeastern Brazil. Some time later, he created a new company, Emccamp Residencial. In it, Eduardo works hard with his brother, Regis. The destination is also undoubtedly for Eduardo Pinheiro Campos Filho and André de Souza Lima Campos, Eduardo’s sons with the wife Dalva Maria de Souza Lima Campos. The two young men followed their father’s ways and are now civil engineers. Emccamp keeps family ties tight in the workplace, making it always pleasant and motivating. But fate demanded a special look at coffee-growing. Still young, Eduardo Campos receives a paternal inheritance, a good piece of land in Presidente Olegário, a mining town 430 kilometers from the capital Belo Horizonte. The farm is named “Dona Neném” in honor of her mother. Shortly after discovering an engineer, Eduardo Campos rediscovers himself as a man of agribusiness. The coffee returns to the hands of the miner definitively. “I started working in coffee production in the Cerrado region in 1977. In the Patos de Minas region I was the pioneer in coffee production. In other parts of the Cerrado there was already coffee, still in a timid manner, “Campos proud. In Patrocínio and Araguari there were already friends known to Oliveira who explored the fertile (but hitherto untamed) lands of the Cerrado region for the creation of And for the development of coffee culture. However, in Presidente Olegário the coffee plantations are new.

The first farm is the one that has the largest production. With 600 hectares of total area, the São João Grande property has 375 hectares of area for coffee growing. Dona Neném, with 800 hectares, has 230 separate hectares for the production of coffee. The farm is also strong in cattle breeding. Good Luck is another property in which beef cattle are worked. In fact, the farm is the largest of the three Campos ranches, with 1,900 hectares, and is the only one in which there is not even a foot of coffee. Altogether there are 2,500 heads of zebu nelore, a rustic cattle, strong and with good acclimatization. Zebu is a species of Indian origin and arrived in Brazil at the beginning of the 20th century. Currently, the Brazilian herd is recognized as one of the best meats in the world market. There, they include the nelores of Mr. Campos. The 3300 hectares are not only used for growing coffee and raising zebuine. Some part of the three ranches is separate for subsistence agriculture. Many of the food consumed by Eduardo Campos’ family and collaborators are planted on farms in Presidente Olegário. Obviously other hectares are untouchable, respected solely for environmental preservation. The environment is priority number 1. Therefore, Campos replant much of the native vegetation of the region, compensating for some environmental impact caused by the cattle herd and the coffee. And not only do the trees recompose the scenery, the waters are also part of the natural protection. Eduardo Campos recovers Areas of Permanent Preservation. APPs (as they are popularly known in Brazil) are boundaries drawn between the end of streams, lakes or rivers and the Beginning of the crop. The distance maintains the good quality of the waters and guarantees the future of the hydrographic basins.

The rigid environmental laws followed strictly, together with good agricultural practices of production, handling and social attention, guarantee to the three farms seals of important international certifiers. Boa Sorte, Dona Neném and São João Grande are certified by UTZ Kapeh and Rain Forest. In addition to the extra concern with the environment, the crops receive fully monitored treatment against pests. The terreiros, bins, warehouses and all other sectors of the farms are properly sanitized, without risks of contamination of the grains. The employees are well received and receive all the benefits provided by the Brazilian labor law. Another important step for the maintenance of certifications is the harvest period. Campos explains how he can make a selective collection, aiming at the high quality of the fruits. “My harvest is made by machines that already make a selective collection. The choice is based on the degree of maturation of the grains, which is differentiated by the weight and density of each seed. We regulate the machine so that it picks up just the so-called “cherry”, leaving the green cafes still maturing in the foot. Days later, we come back and collect those grains that remained in the coffee plantation, which were once green and are now ripe, at the ideal point for harvesting. After this second part we still have some grains, and what is left in our feet we do the manual harvesting, which we call manual delivery. The whole process is to get a quality harvest.”

Another point of attention is the renovation of the coffee plantation. The coffee grounds are renewed to ensure the strength of the fruits. There are greenhouses with seedlings cultivated for replanting, replacing old plants. “We have a renovation program, and every year I renew 10% of my crops. O
Cerrado is a region that has many variations, it is a place with temperatures with higher averages compared to other regions such as the South of Minas, and so some farmers, like us, have opted for 10 to 12 years redo The renovation of the crops, “says Campos.

After about a decade, the yield of the foot begins to decline, and the renewal guarantees a younger harvest with a higher quantity of grains and fruits of higher quality. All work with redoubled prudence is rewarded. The production of Eduardo Campos repeatedly appears in prominent positions in competitions that reward the best coffees of the country. The family’s coffees won third place in Illy’s 13th competition and was runner-up in various contests of the Brazilian Specialty Coffee Association (BSCA), including for three consecutive years, 2001, 2002 and 2003. In 2013, the Dona Neném farm had its coffee considered the best regional coffee of the Cerrado, during the Cup of Excellence. Note that you can not achieve good productions from day to night. The coffee plantations are a secular sustenance of the family. It is a tradition allied to innovation, which enriches local production and the strength of Brazilian coffee. “It is a pleasure to work with the coffee industry. First because it is a family tradition. For my part, I’ve been in the coffee industry for more than 40 years. My father, at the age of 70, and my grandfather who had been producing for a long time … We can say that it is 100 years that coffee is part of the family. And it’s more than a century of tradition in the coffee industry, and always innovating, “calculates Campos.

So much quality is enjoyed by coffee connoisseurs on at least three continents. The 60,000 bags produced in the last three years have reached millions of consumers in Italy, Japan, Israel and a number of other countries. The certainty is that many others will feel in the mouth the delight that is the “cherry” planted and well treated in the lands of the Fields, that special flavor of quality, that has been tasted since the nineteenth century.