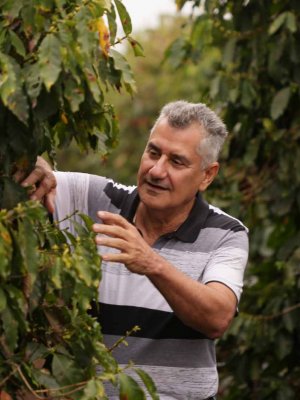 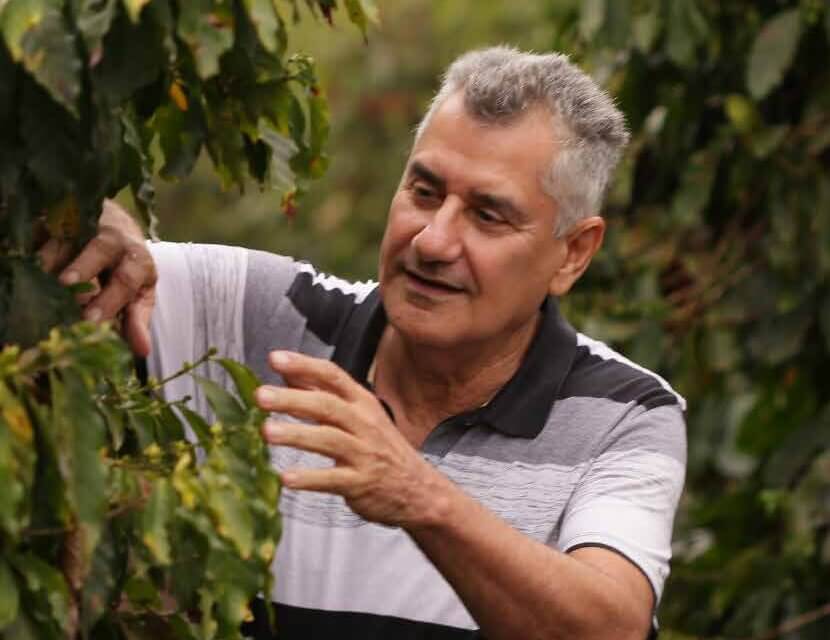 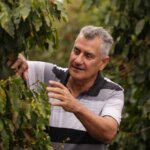 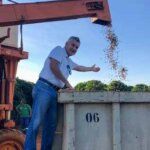 Nothing actually predestined Jorge Barakat to become a coffee

chance but it was love at first sight! After his first crop, which he
sold entirely to an Italian roaster, Jorge knew that he would dedicate
his production to specialty coffee. Fazenda Paraiso is Jorge’s happy
place and he intends to make it the best possible place to leave for
the future generations.
Focusing on specialty coffee on a 750 hectare coffee land is no
easy task. Harvesting is done mechanically (handpicking on such
a wide area with high labor costs is no option), however, modern
mechanical harvesters are increasingly sensitive and can select only
the ripe cherries.
After harvesting and sorting, the cherries are placed for 36 hours
in a closed “box”. This step induces fermentation of the cherries
and sublimate the aromas. The cherries are then placed on patios
to dry outside for approximately 16 days, until they reach the ideal
humidity.
Selecting only the ripe cherries is crucial in producing specialty

coffee. Jorge and his team have put a sorting system after the dry-
ing to ensure that no underripe went through. They use machines

that measure the density of the beans, identify the underripe and
remove them from the batch.

Fazenda Paraiso is also very engaged in a growing coffee sustaina-
bly. They adopt traditional practices such as maintaining the grass

between the rows of coffee, keeping them at a desirable height so

that the irrigation, fertiliser and pesticides needs are drastically reduced. This technique is – as simple as it is – helps overcoming

challenges like drought and water scarcity, more and more common in Brazil. Luckily, the frost of July 2021 has not damaged

In addition, Jorge and his team implemented up a “planting program”: native trees are planted every year on the protected areas of

the estate. This strategy supports the renewal and the protection of the vegetation as well as the wildlife. When it comes to social engagement, Jorge believes in a fair and above average remuneration

of his team, with monthly incentives based on not only the efficiency of the employees but also the quality of the coffee produced.