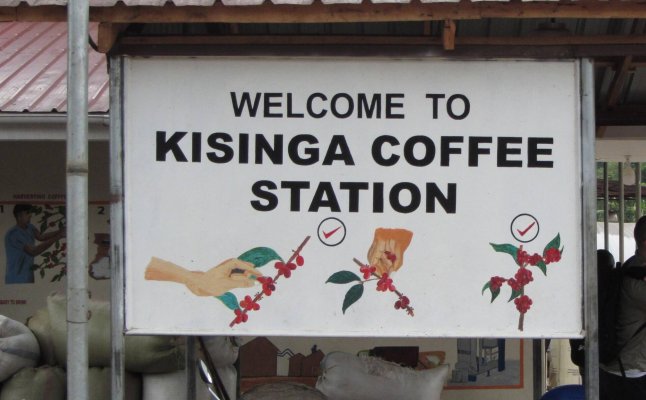 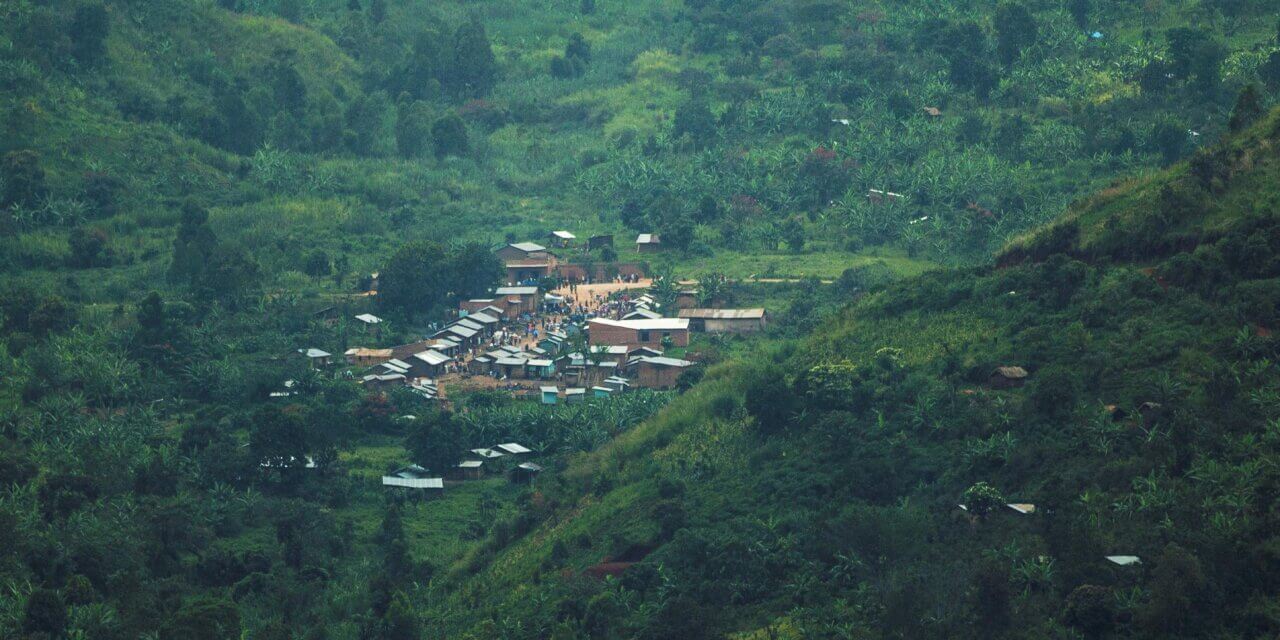 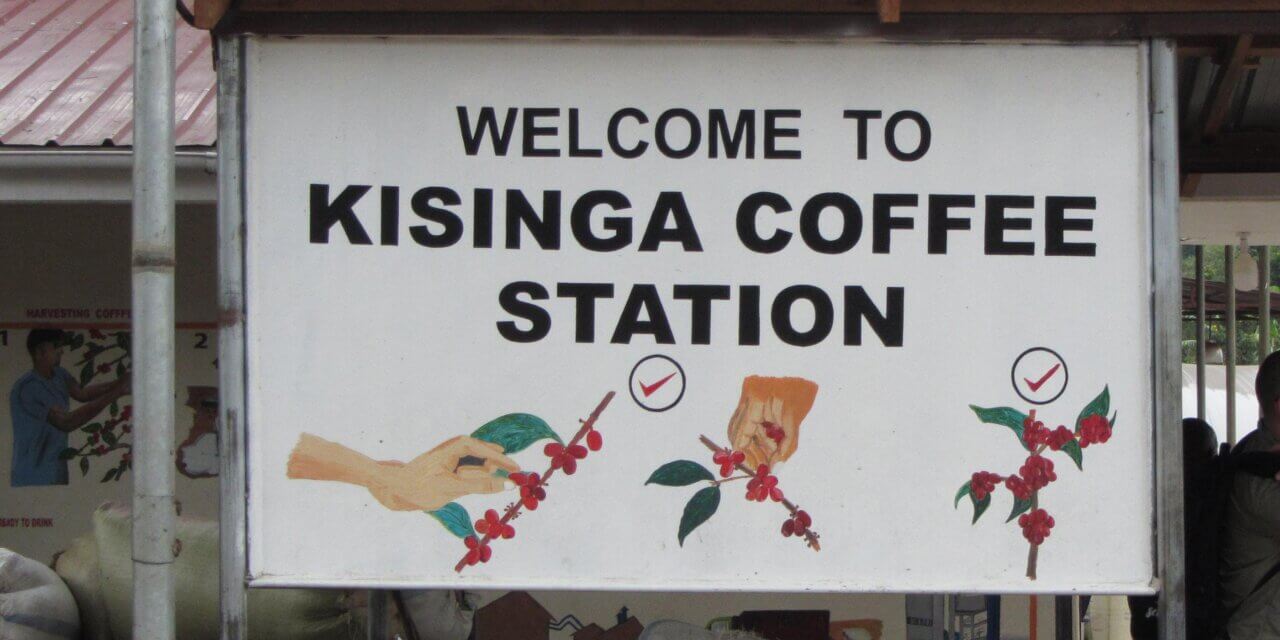 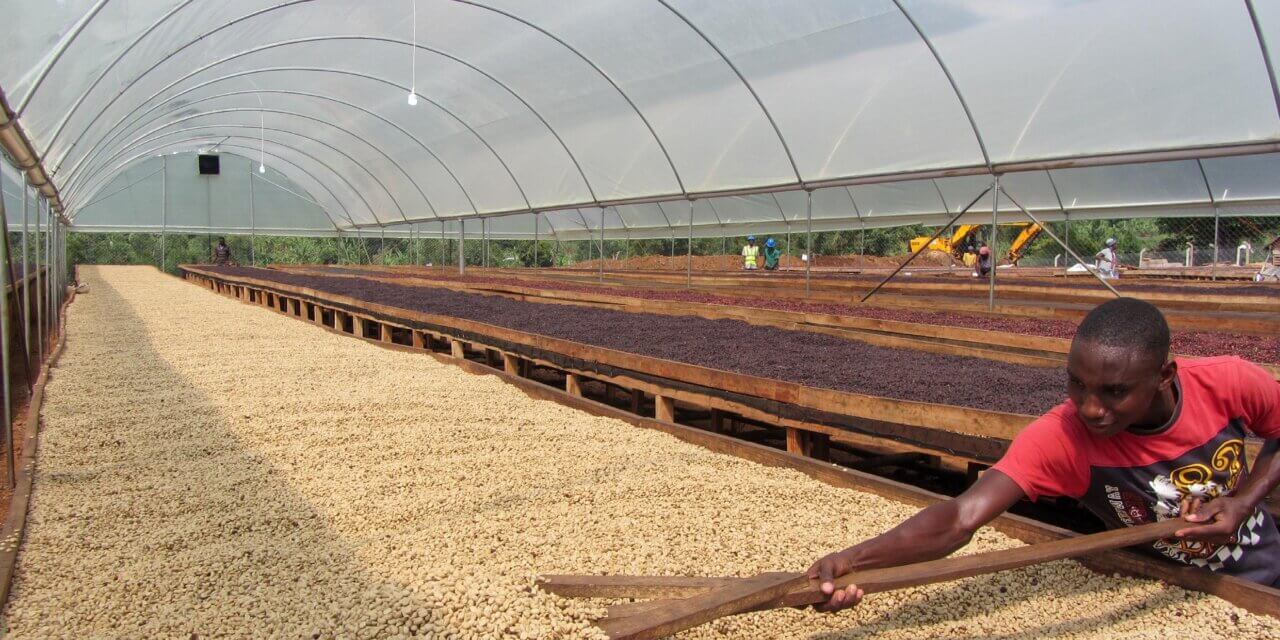 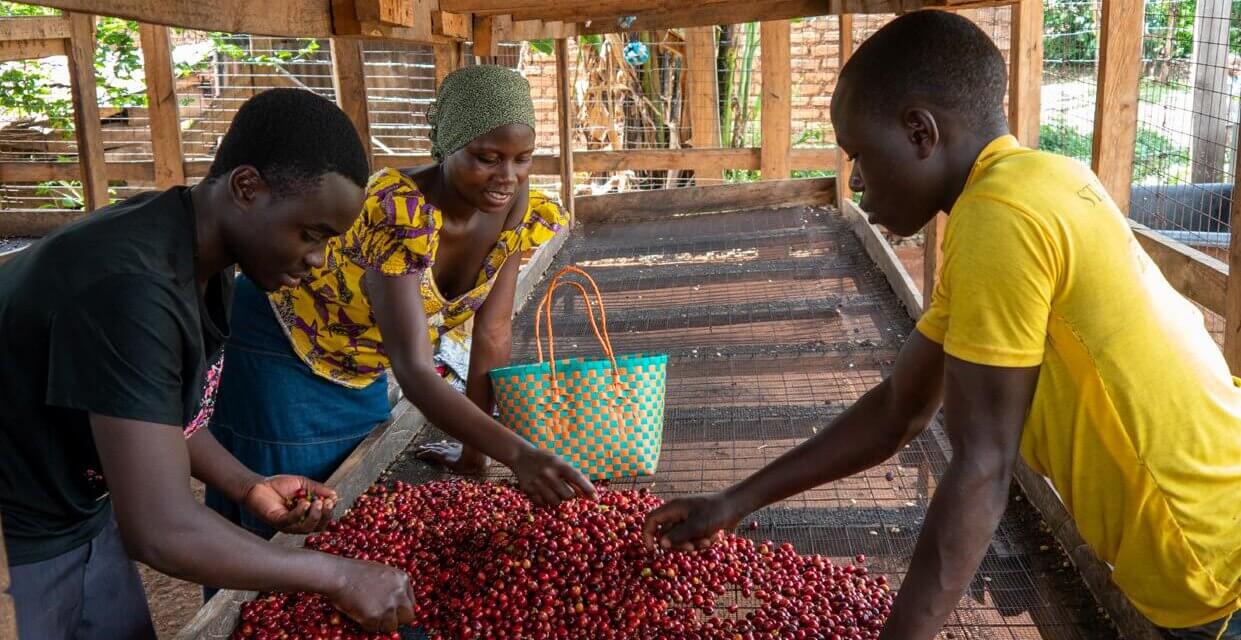 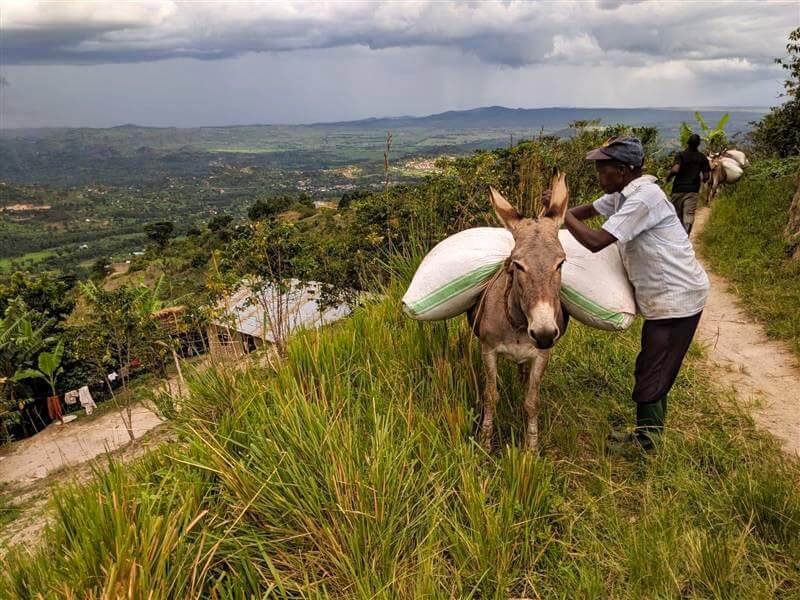 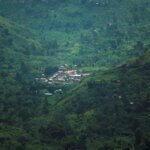 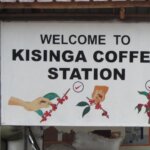 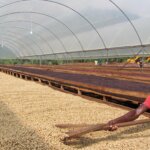 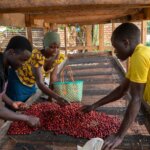 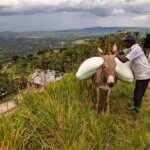 The magnificent Rwenzori Mountains, famously known as the ‘Mountains of the Moon’, stretch for 120km along Western Uganda and are home to the Bakonzo tribe. The high altitude, fertile soils and plentiful rainfall provide perfect conditions for growing coffee trees beans, while the pristine snow-capped peaks and the glaciers give rise to many rivers.
The Rwenzori region has a long coffee tradition. With on average 2 acres, Bakonzo farmers work manually, with the help of the whole family, and traditionnally group together to process the cherries. Coffee is a source of incomes that allows them support their families and improve their homes. While farmers traditionnally sell parchments and kibokos (dried cherrie), more and more choose to sell the freshly-picked red cherries to washing-stations. This enables farmers to access quick payment for coffee, and takes away the risk of drying coffee for the farmer, many of whom are not well equipped to dry coffee. Our sister company in Uganda, Kyagalanyi Coffee Limited, and its
partner in Rwenzori, Agri Evolve Ltd., are operating two washing stations in Kasese, in the heart of Rwenzori. While the Rwenzoris are known for producing almost exclusively Naturals (95%), our washing stations produce as well fully-washed, honeys and also experiment with Pura Cepa fermentations.

Located 25km southwest of Kasese, in the Kisinga Trading Center,

Kisinga Coffee Station > was built in 2015 with one purpose: ex-

plore the full potential of Rwenzori’s arabica coffee, and support

farmers improving their yields, their profits and subsequently their

In response to the growing number of farmers delivering their

cherries to the washing station, Agri Evolve and Kyagalanyi built a

second washing station in 2019, in Bugoye >, north of the Kasese

Instead of just focusing on the processing of the cherries, Jonny

from Agri Evolve and his team mobilised the whole community

to take a vested interest in coffee production: from empowering

farmers in the care of the coffee trees – with the implementation

of the Volcafe Way program – to the importance of picking only

workers in the long-run. Employees of Agri Evolve benefit from

an health insurance, a pension plan and receive their wages on a

bank account (this practice – which helps building up savings – is

not common in Uganda)

The success of the project relies on the deep-rooted commitment

to economic sustainability with a clear commercial view, not just a

charitable one. As Jonny says: “The best way to help the communi-

ty is to buy their coffee!” 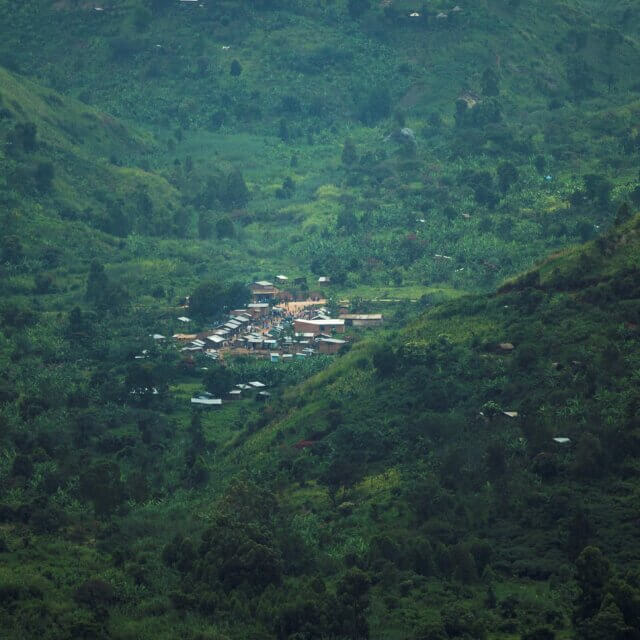 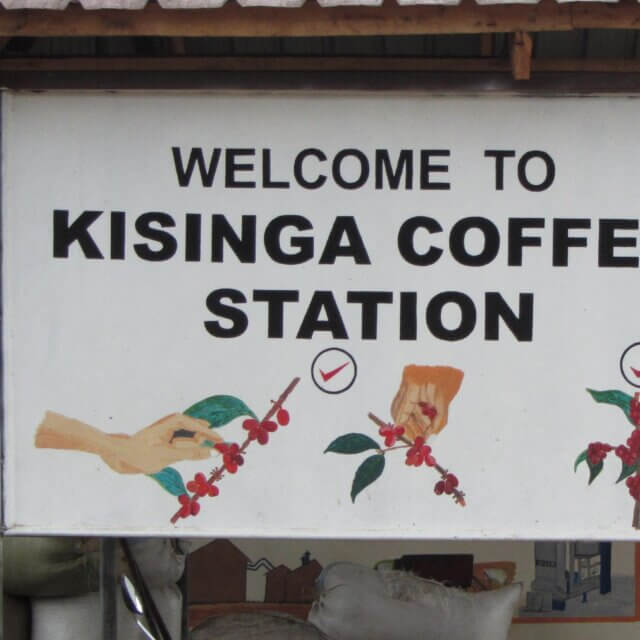 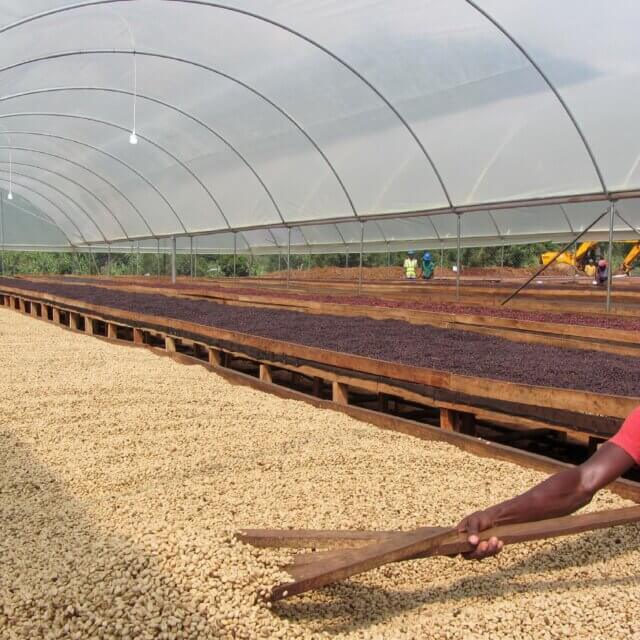 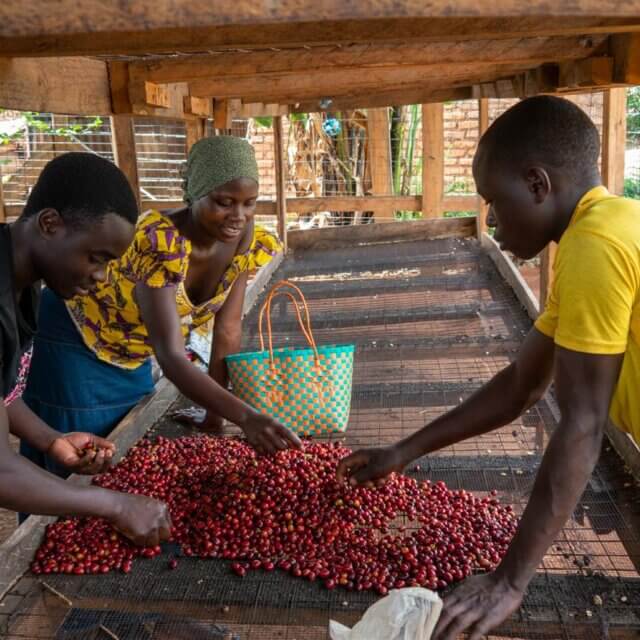 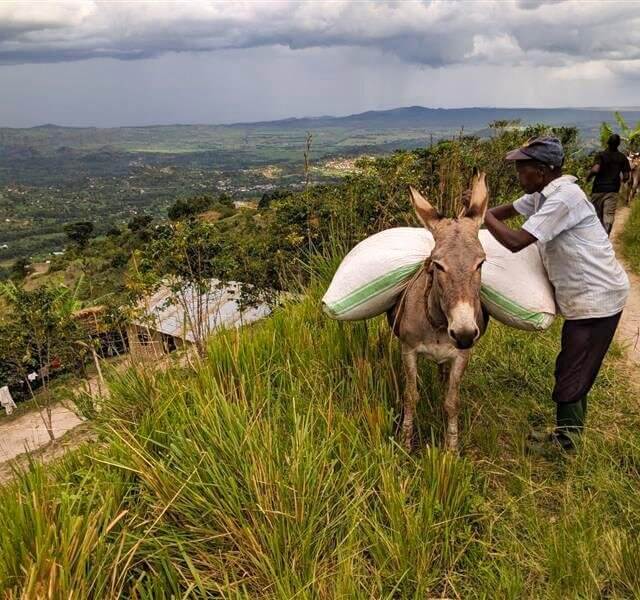