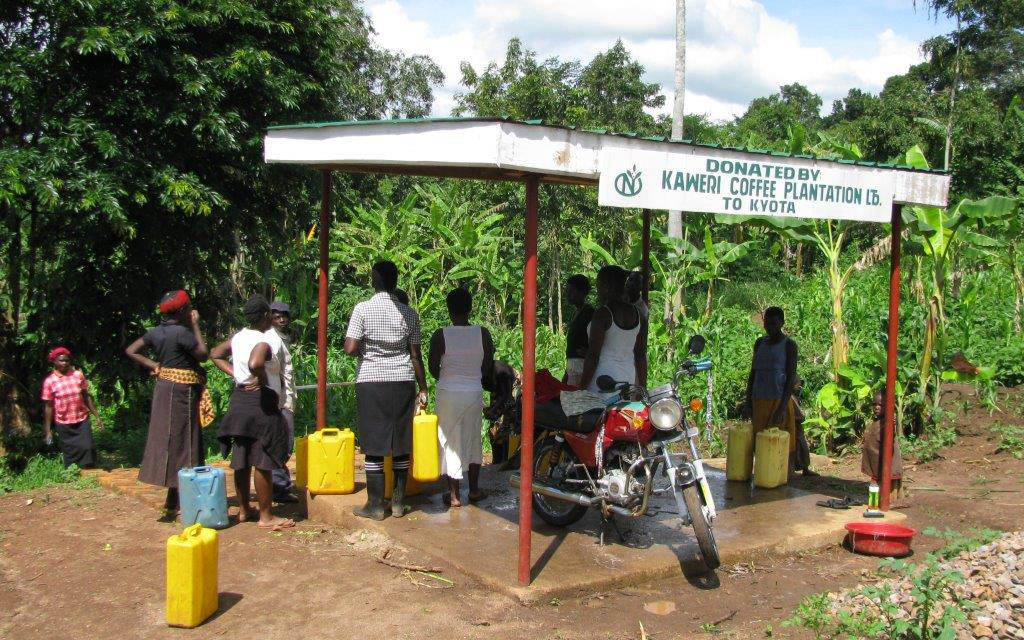 Colobus is the top screen 18+, named after the black & white Colobus, seen frequently throughout the fields and forests of Kaweri.

Farm
Kaweri Coffee Plantation Ltd. occupies a total area of 2512 ha, of which 1570 ha are planted with Robusta coffee and 100 ha with woodlots. About 25% is comprised of natural, indigenous highland rainforest. The remaining area consists of roads, housing, processing equipment and natural papyrus swamps.

Kaweri is managed by a team of Ugandan, Zimbabwean and Kenyan professionals, all with a long track record in coffee farm operation.

The farm is divided into four main sections of roughly 400 ha each, called Nonve, Kyamutuma, Kitagweta and Luwunga. Each section is subdivided into divisions, each consisting of 80 – 100 ha coffee and managed by a divisional supervisor.

Each section or even the smaller divisions work with “own” groups of employees and the supervisors know them personally, by name. These employees either live in one of the section quarters or commute on a daily basis from their village to the farm and back after work. Some casual workers prefer staying in farm hostels, where they are provided with dry shelter as well as decent washroom facilities.

There are four section quarters for 200 permanent employees and two hostels for max. 160 casual workers each.

Nursery
The farm runs a nursery which produces 300,000 cuttings and 40,000 coffee seedlings p.a., for internal use and distribution to smallholders in collaboration with the foundation Hanns R. Neumann Stiftung. In addition, the farm produces about 20,000 shade tree seedlings of different types p.a.

The process of producing a ready-to-plant plantlet takes about 18 months. At first cuttings are produced from the own mother garden and placed into incubators where roots and first leafs develop. Thereafter the rooted cuttings are transferred into large seedling bags, where they continue to grow for about 12 months. The best 90% of seedlings are then planted into the open field at the beginning of a rainy season.

Production
The Ugandan Robusta clones have a high inherent coffee quality potential, which is one of the reasons for the extraordinary good cup profile. Altitude, climate, shading, nutrition programs as well as good control of pests and diseases are other elements contribute to the exceptional quality of Kaweri coffee.

Due to the location at the equator, Kaweri experiences two rainy- and two dry seasons and the farm does not apply irrigation. Blooming usually takes place in February and July and coffee thereof is harvested 9 – 12 months later. The farm harvests coffee almost throughout the year but, with peaks in December/January and May/June.

Kaweri runs its own experimental department, which serves to search for even better cultivation solutions under the given pre-conditions. This includes trials with different clones and shade trees, searching for effective pest and disease control methods, nutrition trials etc. 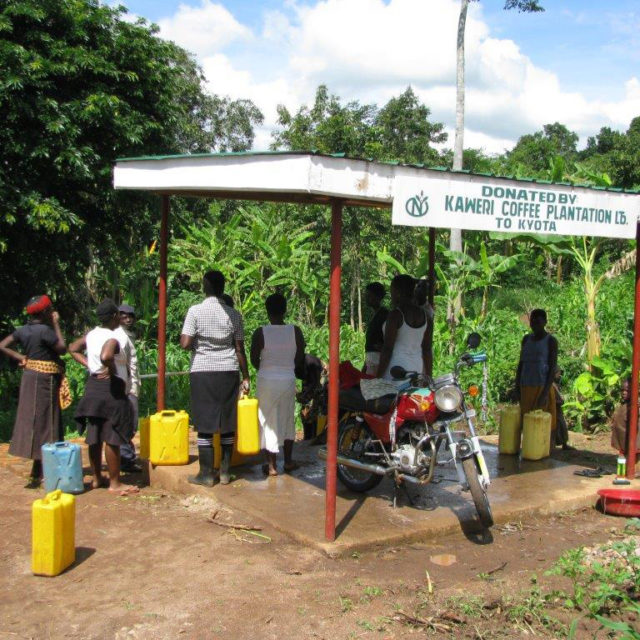