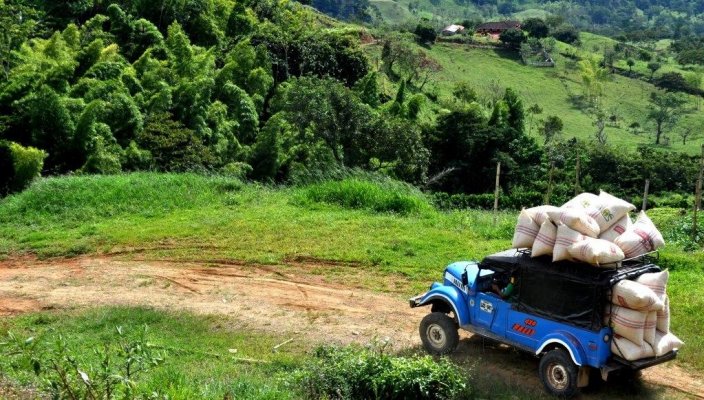 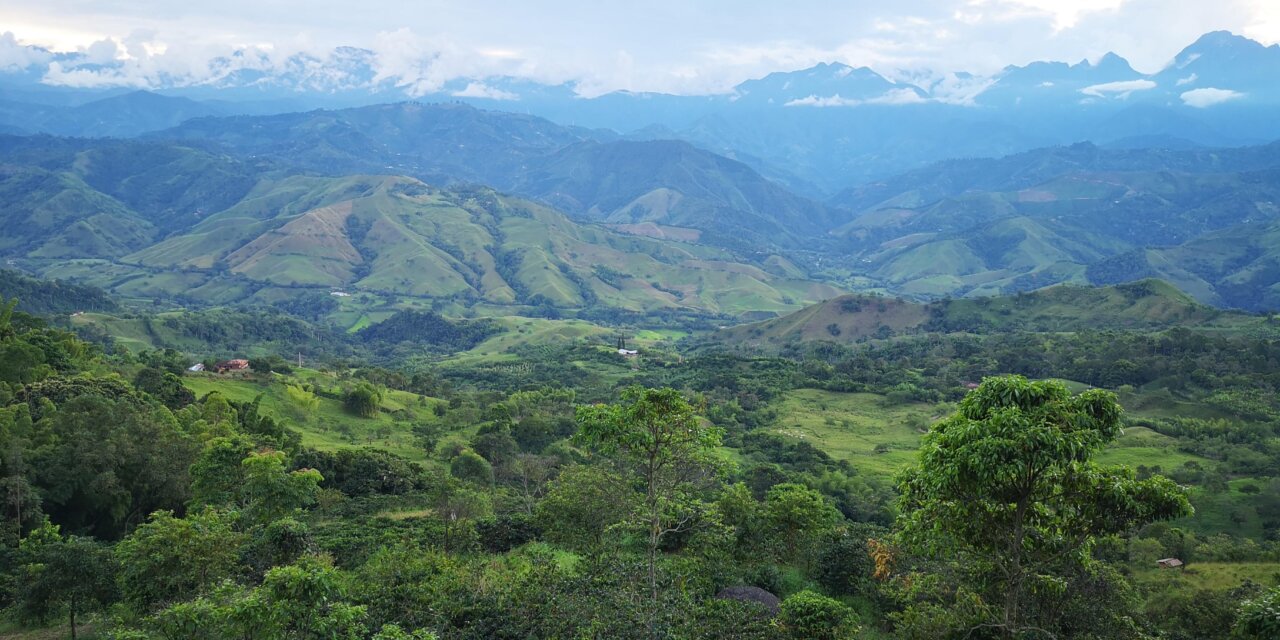 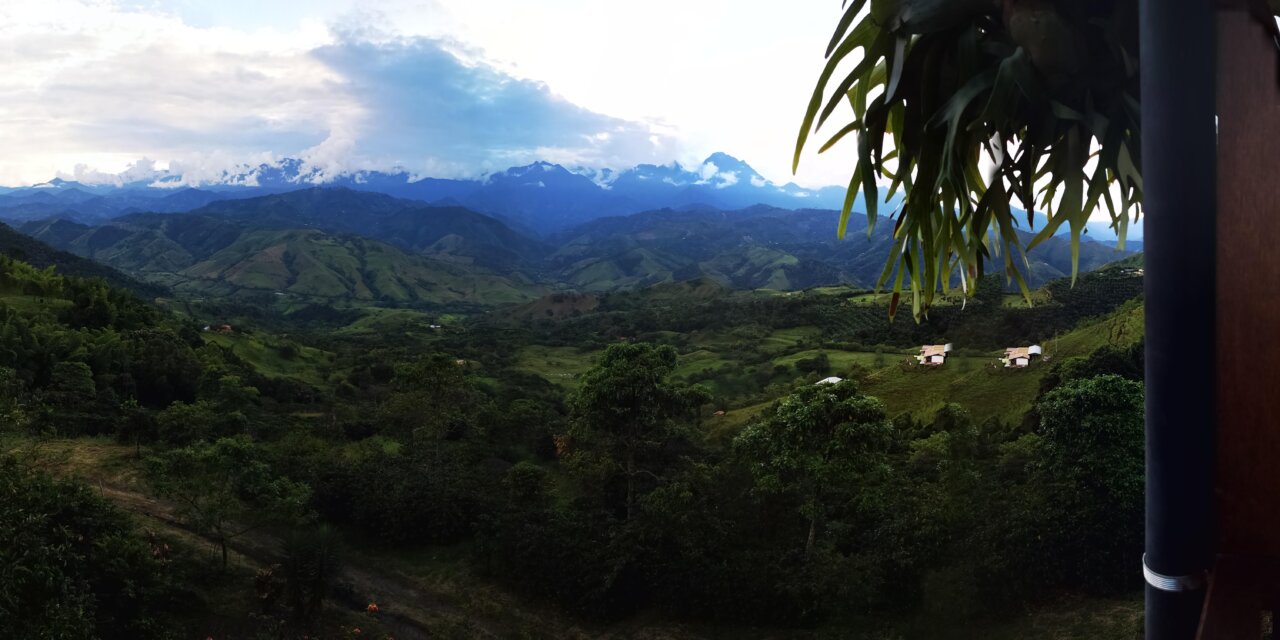 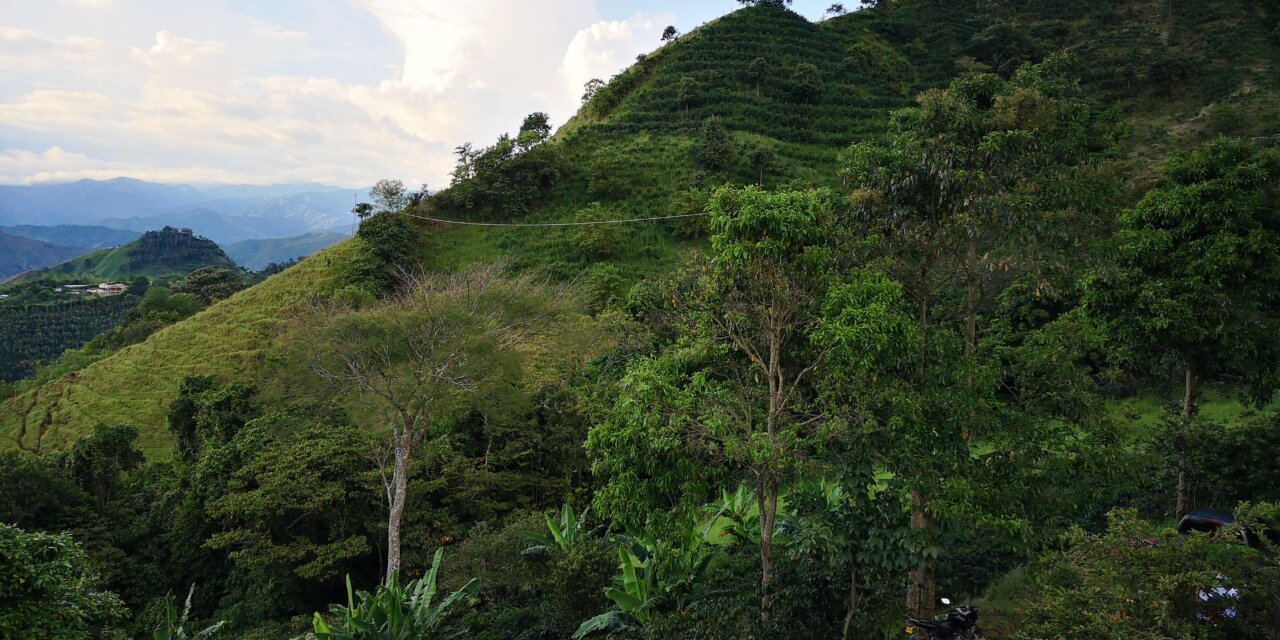 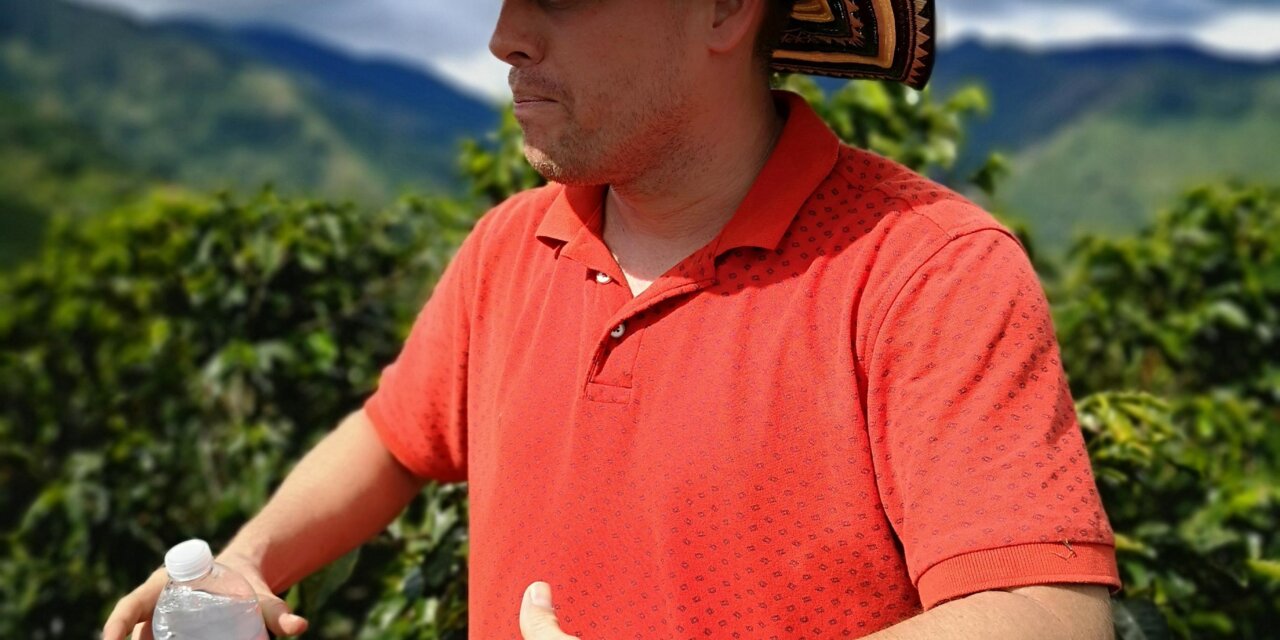 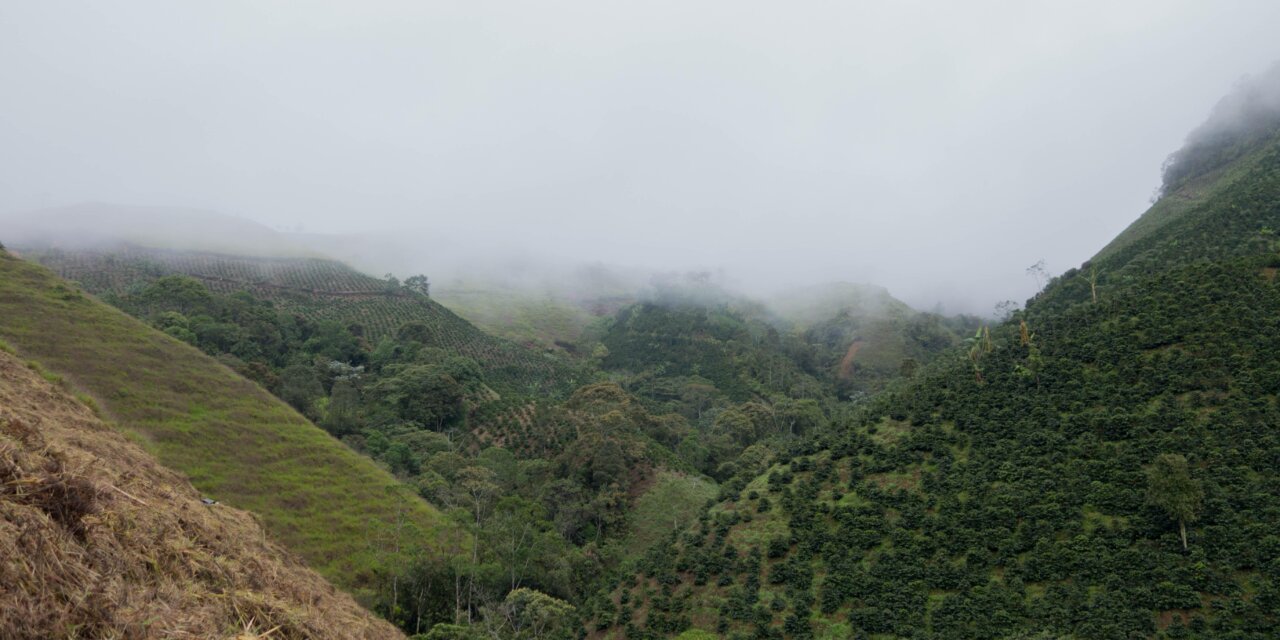 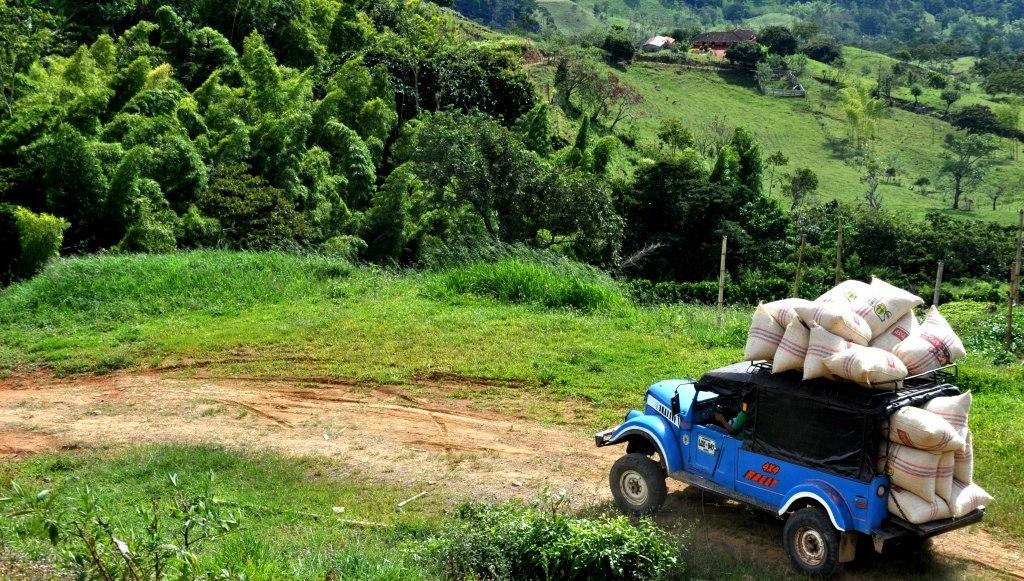 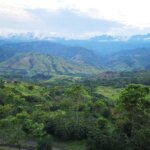 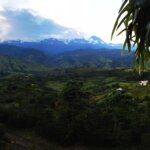 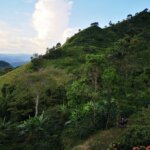 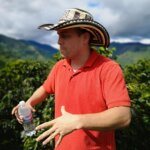 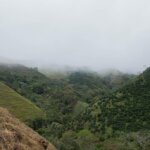 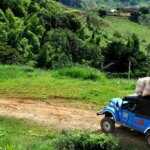 This is another exciting natural coffee from our friend Juan, in fact this is an Anaerobic Natural. This means that Juan has allowed the cherry to ferment under water for 72 hours before drying the cherry. This coffee is made up entirely of Castillo. We found jammy, winey fruits in this cup with great structure. Loads of raspberry and strawberry fruit!

El Encanto is one of Juan’s two farms, and it happens to also be his father’s favourite farm, where he likes to retreat from the hustle and bustle and enjoy the beautiful views and tranquility. It’s an exceptionally well kept coffee farm, and even has a variety garden to show the huge range in coffee plants.

Juan Saldarriaga is a young producer who took over his family’s farms in 2012 and started to plant several different and new cultivars, everything from unusual Castillos, Caturras and Tabis to Bourbon, Geisha and SL28s, among others. So far he has been figuring out how each variety performs in the environment. In the future he plans to increase production of the varieties that thrive.

Since we started working with Juan, he has built several different types of drying facilities, changed the processing, and started to manage a few other farms in the area. We are especially surprised by the effect the improved drying has on his coffees. He is drying a lot of our washed coffees under shade, and the naturals in a specially designed mechanical «cold dryer».

Juan Saldarriaga is a producer that got two farms, La Claudina and El Encanto. They are about 60 hectares each, but only 42 planted with coffee in total. The rest is still forest and natural reserve. He’s also working with friends and are managing the production for some surrounding producers with Caturras and other cultivars up to 2000 masl. Many of them are young small farmers that are eager to proof that antioquia have more than chocolaty and heavy bodied coffees. As for now we are experimenting a lot together to figure out what works for us and our market.

After Juan recently took over his families two farms. He is experimenting with different cultivars in different altitudes, and many of them are recently planted. He is also doing experimental drying and different processes for naturals etc. We met a few years ago, and what really encouraged us to work with him was the will to change, adapt and improve to meet the future demand on qualities. Antioquia is known for solid, but maybe slightly boring coffees, but there is a lot going on right now, and we think these coffees are proof of that.

The biggest challenge in these environments is the drying due to humidity and temperature. After we met Juan and started to talk about drying under shade, he immediately constructed drying facilities with raised bed under cover. He has also installed a machine that can dry with cold air and with a software where you can adjust temperature, airflow etc, and make profiles on different coffees.

Is a farm located at 1380 – 1800 masl in the city of Bolivar in Antioquia. Its currently about 26 hectares of coffee. The varieties is mainly Variedad Colombia, Castillo, good amounts of Tabi, Small amounts Sl 28, Maragogipe, Geisha, Bourbon, Caturra chiroso, Castillo Tambo. He’s got a traditional disc pulper with separator and fermentation tanks. For drying they have 200 square meters of newly built shelves that can be moved from sun to shade. For other drying experiments they move the coffee to their other farm La Claudina where they have a roofed facility with beds, a traditional parabolic dryer, a very interesting mechanical «cold» dryer.

For La Claudina and El Encanto they only do one harvest per year. Normally from September to January. They control this by stripping the trees in the end of each harvest. They lose some quantity but they believe it helps on the quality in that area.

They have one person in each farm managing the pickers and the quality. They always pick the coffee by block and keep everything separate. That way it will also be processed by cultivar. The pickers get a good premium for every bag of high quality. They separate the bags of the higher qualities to go in to quality production and special prep. The cherries for naturals are always going through an extra and very thorough hand sorting and selection before they go to the drying.

After cherry selection the cherries are soaked in water and the floaters removed before they go in to production. The coffees are then pulped in a traditional disc pulper with a separator for greens etc. The quantity and availability of the tanks will sometimes determine what kind of fermentation they are doing. When they have big amounts like 5000 kg of cherries in a day they dry ferment everything in tanks. They add fresh cold water and rinse every 6-8 hours. Normal fermentation time will be about 24 hours. As the altitudes are not to high at the wet mill they want to keep the temperature down and control the fermentation. When the amounts are smaller and for experiments they ferment one batch as described above, but they add a new batch of coffee after 24 hours. The total fermentation time can be 48 hours, but still with a rinse of cold water every 6 hours.

They have 4 different drying options. Traditional silo (mechanical dryer) cold dryer (mechanical), African beds in a parabolic dryer (greenhouse) and African beds in the shade drying area. The traditional silo is only for the conventional and “commercial” qualities. They occasionally also move micro lots from El Encanto to La Claudina for drying experiments and to produce naturals. For the shade and parabolic they mainly do washed coffees, and washed and naturals in the cold dryer. It takes from 20 up to 30 days and the space and quantity they can do there is limited. They are also experimenting with honey in shade. In the parabolic dryer it takes about 10 – 20 days. So far they have focused on Tabi in the parabolic as well as some honey. The cold dryer have been used both for washed and naturals. But naturals have priority as they really seems to benefit from the controlled environment. They experiment with drying from 25 degrees to 40 degrees. Most naturals are dried between 25 and 30 degrees. 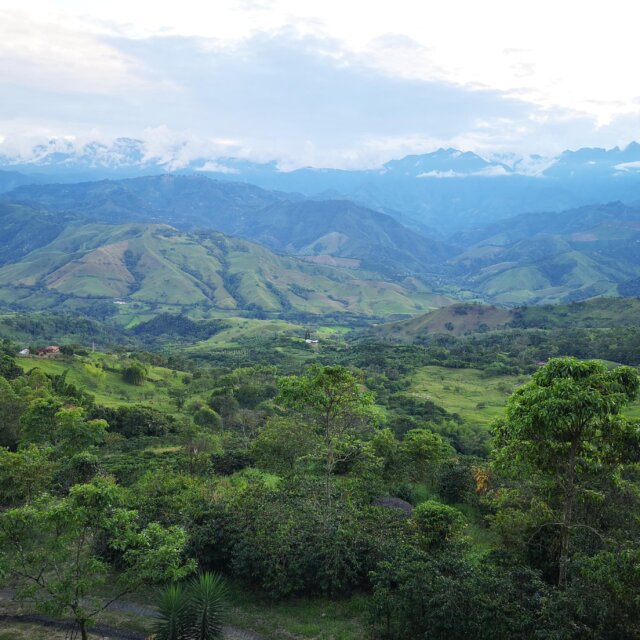 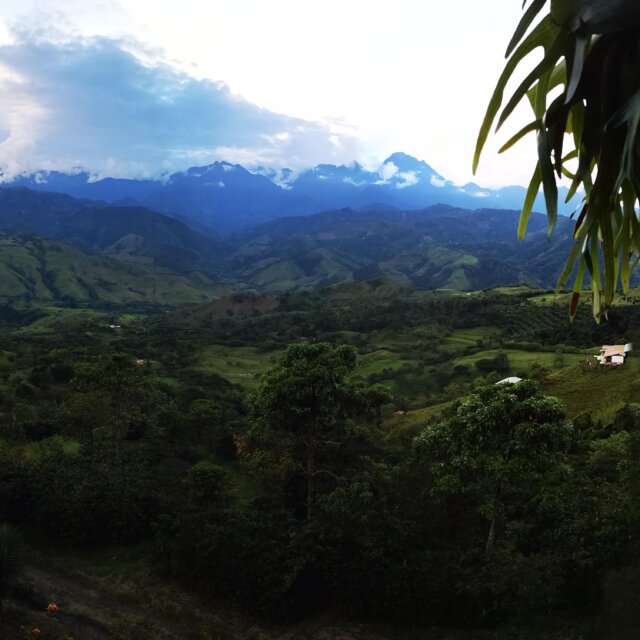 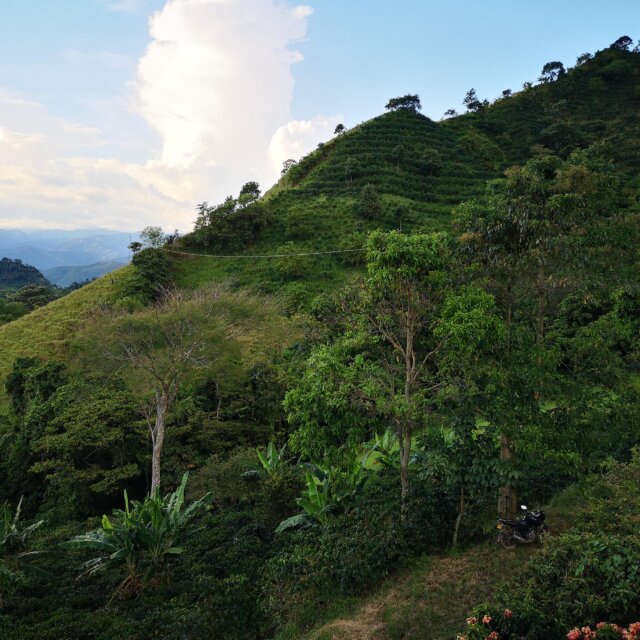 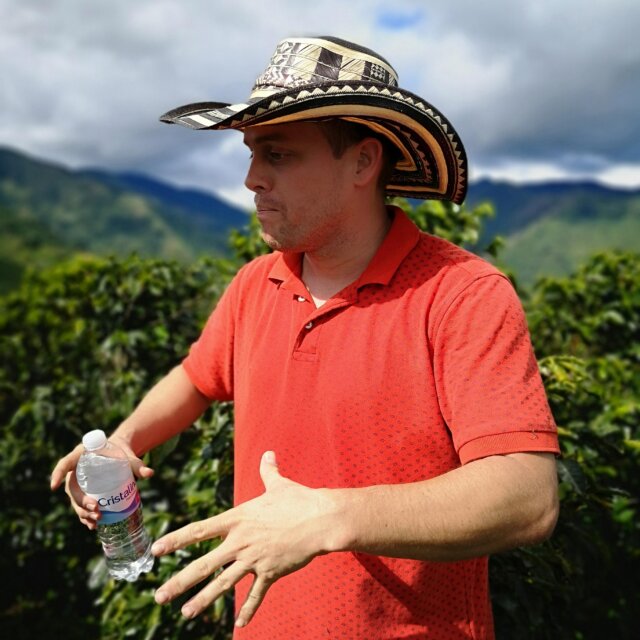 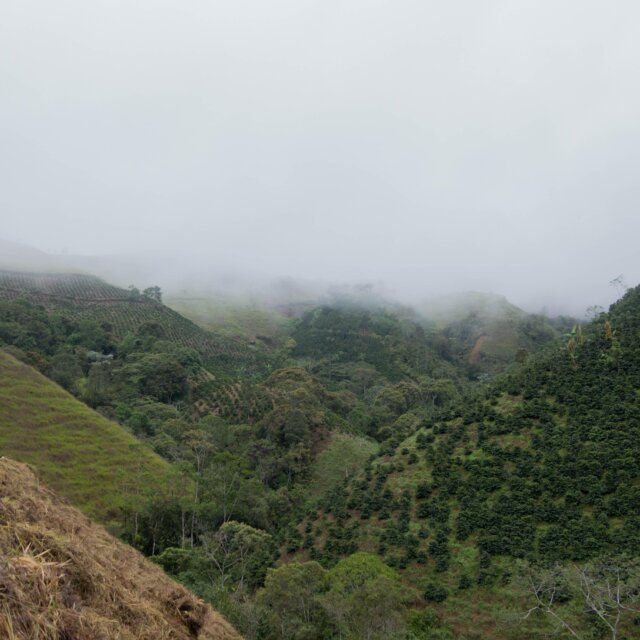 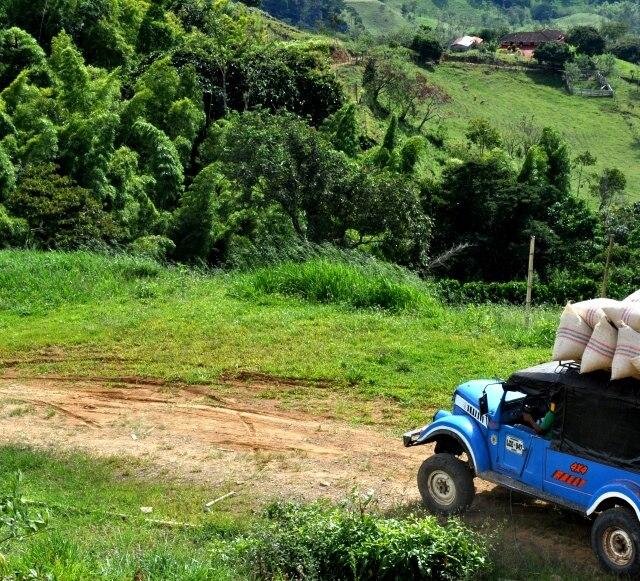