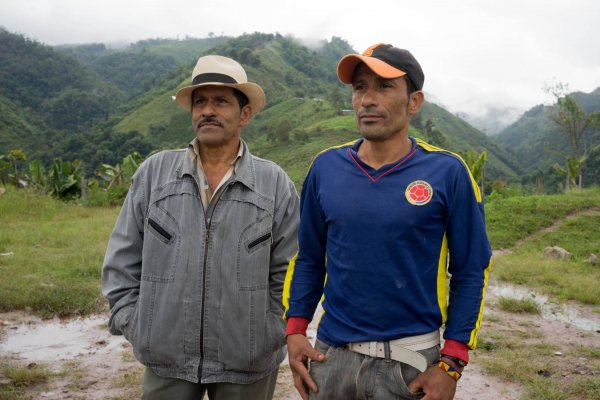 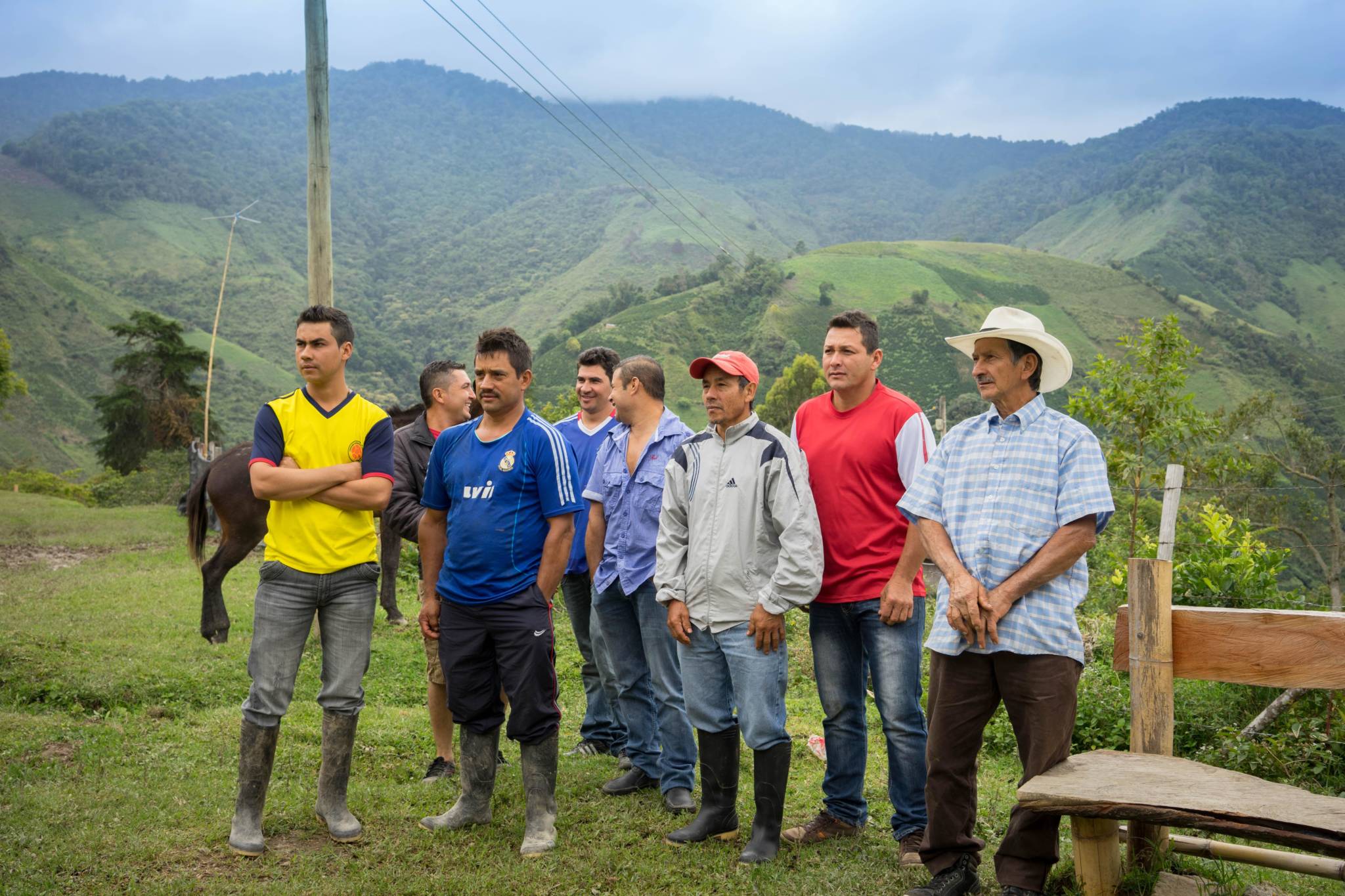 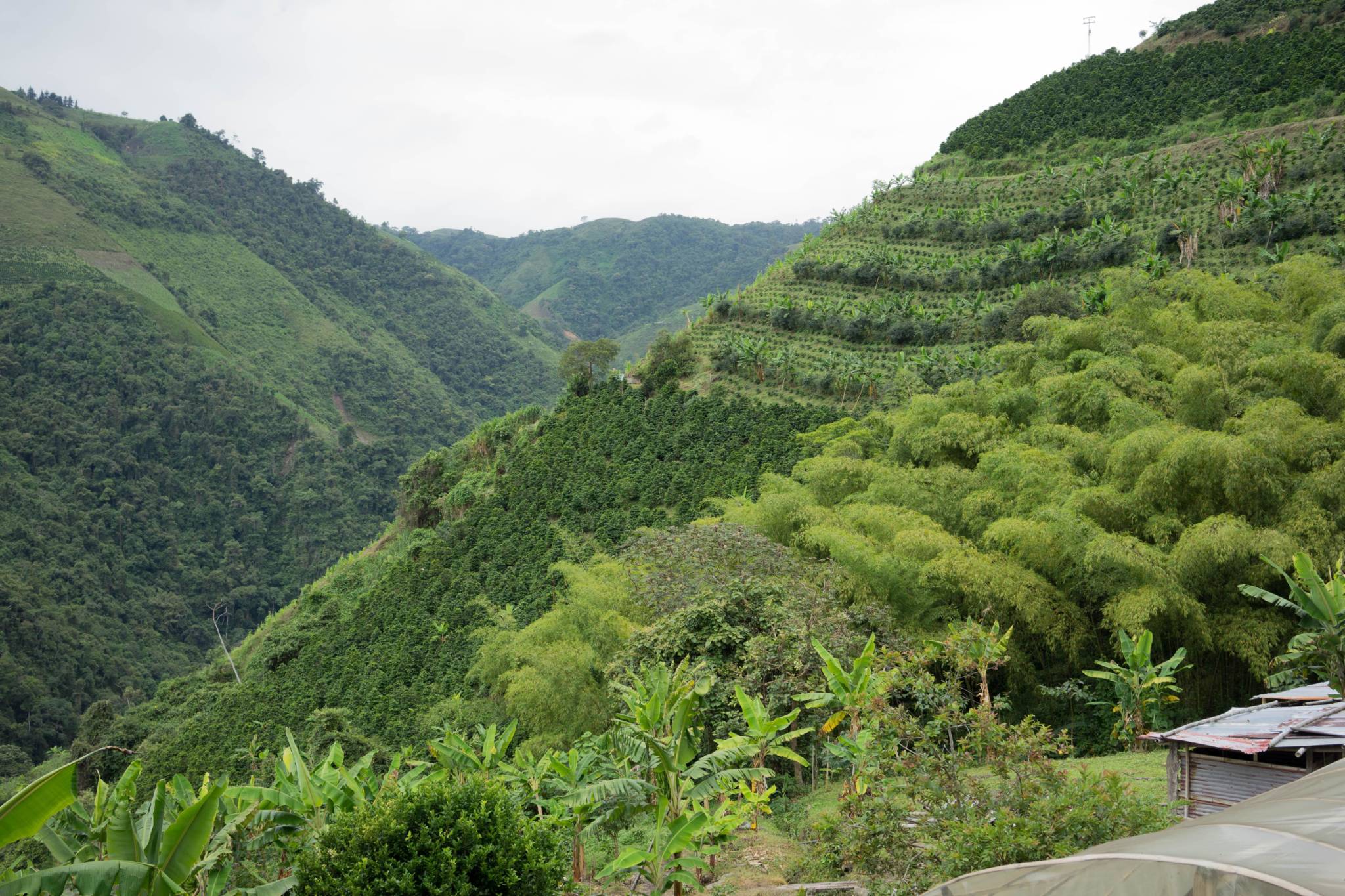 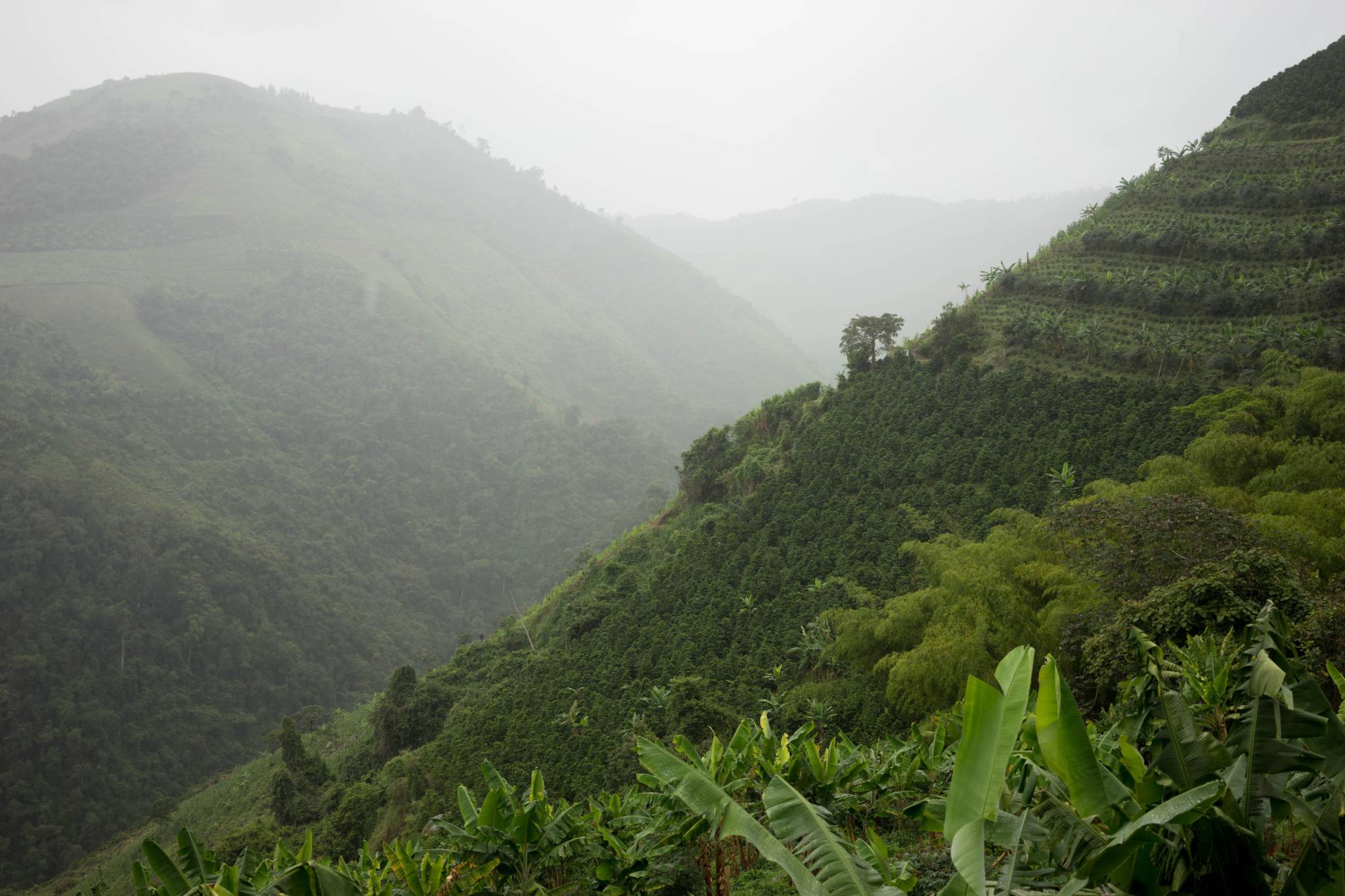 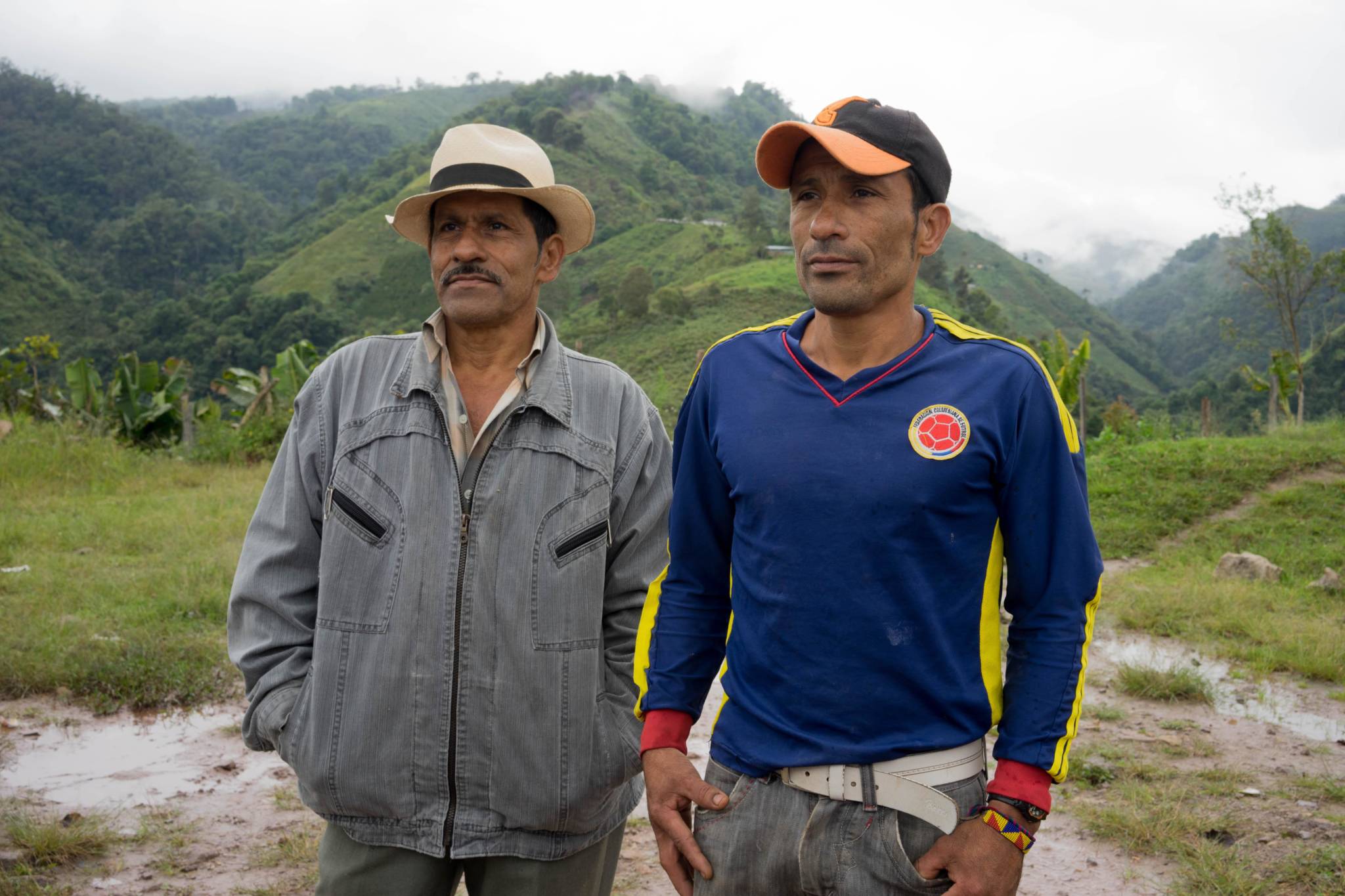 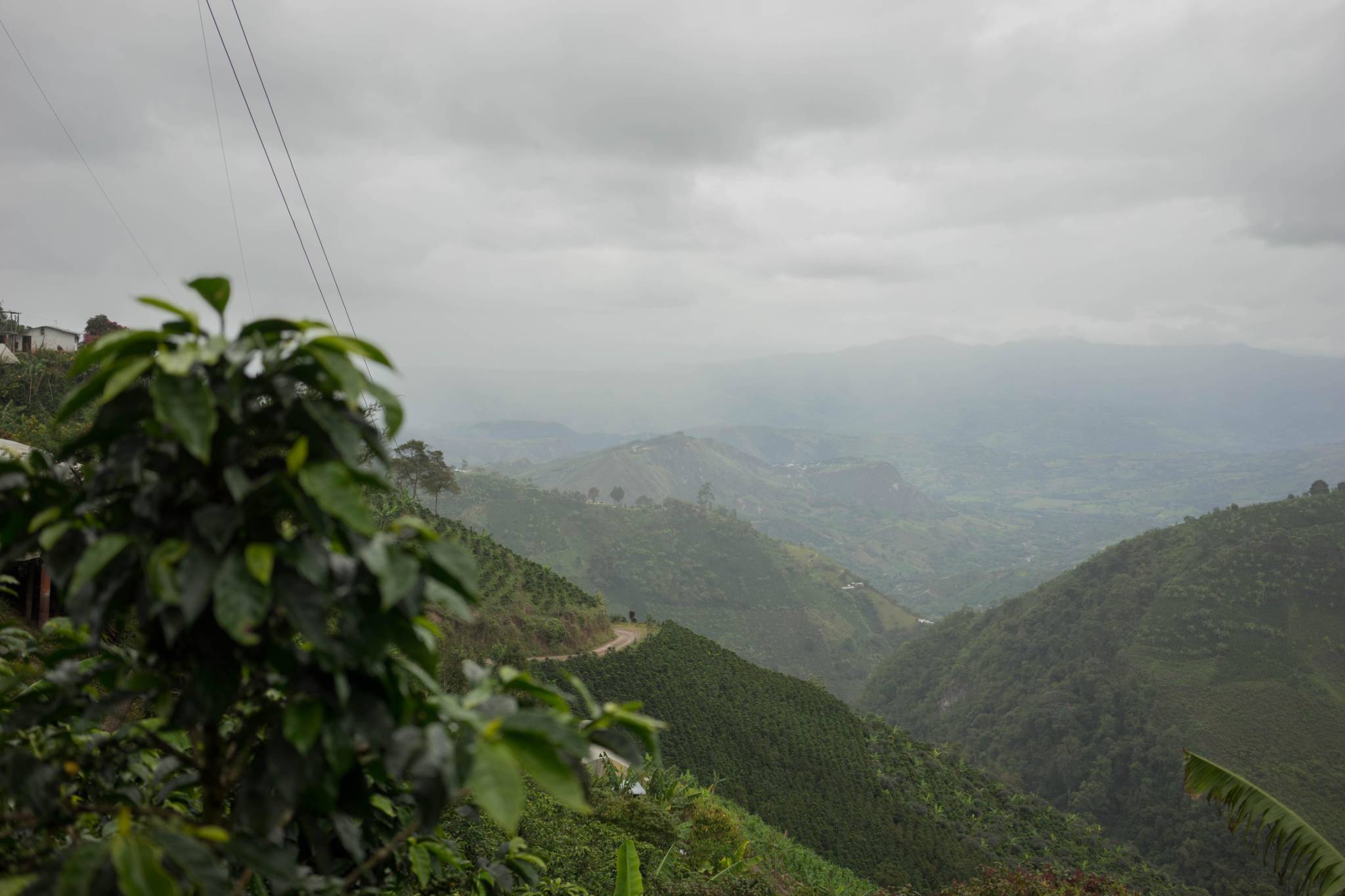 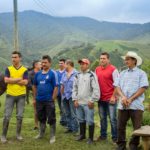 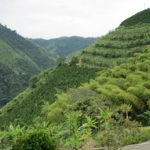 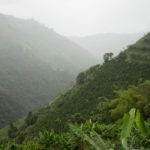 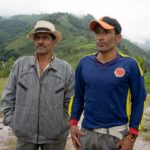 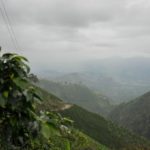 El Triunfo is our name for a mix of small coffee deliveries from two or more single producers in Tarqui in Central Huila. The lots are always approved based on the same requirements on moisture level, cupping scores and flavor profiles as our single producer lots.

It’s related to a specific project in Tarqui in Central Huila. We are doing this together with one of our exporters, who has recently established a bodega (purchasing point) in Tarqui, and are actively keeping the dialogue with the producers to improve the preparation and to buy their high performing coffees. This is based on the same criteria as the other smallholder projects we have in Colombia to improve the quality of the coffee and livelihoods of the producers. We have a list of criteria for elevation, varietals, picking, processing, drying, and so on. And the producers are awarded with premium payments based on a scoring system, and the entire premium goes back directly to the growers. When they meet our standards we have committed to purchase their coffees.

Tarqui is one of our main focus areas in Huila. It is in the Central Cordillera of the Andes Mountains, with coffee growing in altitudes up to 2000 masl, and with rich and varied micro climates. In the northern part the main harvest is in July-August and the mitaka or mid-harvest is in November-December. In the southern parts this is reversed. This means it is possible to have fresh coffee in from Tarqui all year. The farmers are small, having 1-3 hectares each, and are often organized in groups. We have to major producer groups of 10-20 farmers that we work with, as well as individual producers in different areas.

Tarqui is dense with coffee growers, and together with our exporter we have been working to identify the best farmers in the region. We are now at the point where we have a stable and commited group of supreme farmers that we are following up with and who wants to work with us. And every season there are new farmers that are approaching us because they have heard good things, which is a fantastic position to be in. At the purchasing point in the city of Tarqui, Ana Beatriz is doing a strict quality on all coffee that comes in, and only the ones that pass this are being bought. She is also communicating with all of the farmers who comes in, and gives them feedback and gathers information. This way we can keep improving, dicover new farmers and areas, and raise the general level of production in Tarqui.

Coffees are picked in 3-4 passes. Meaning the producers/workers pick the more or less ripe cherries in one block. Then they might wait a few weeks until it’s again a descent amount of ripe cherries to pick in that same place. Generally the first and last pass is of lower quality, and the second and third will be considered as the best, with more ripe cherries and uniform quality. When we can, we try to buy parchment harvested in these two passes.

The coffee from Huila is generally fully washed, meaning pulped and fermented the traditional way. There is a few exceptions where farmers are using eco-pulpers with mechanical removal of mucilage, and/or are doing honeys, but it’s still not to common.

For the smallholders in regions like Huila the coffees are commonly sun dried in parabolic dryers that almost works as green houses. The better producers have well ventilated facilities. There are many different variations and constructions, but generally they are all systems that is able to protect the coffee from rain. We have generally seen that the producers that have constructions with good ventilation and manage to dry the coffee down to below 11% in 10 – 18 days often have very good and consistent coffees. Drying in Huila is a big challenge due to rain and high humidity. During drying the producers hand sort the parchment coffee for impurities and defects. By receiving premium payments, the producers can improve their facilities, by building new or reconstruct the dryers to increase ventilation and potentially add shade nets to slower drying, and hence improve the quality and longevity of the coffee.