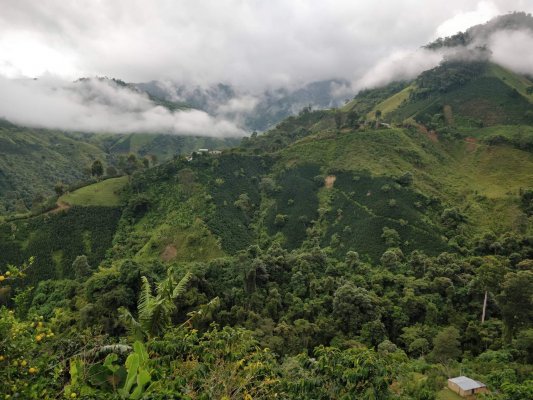 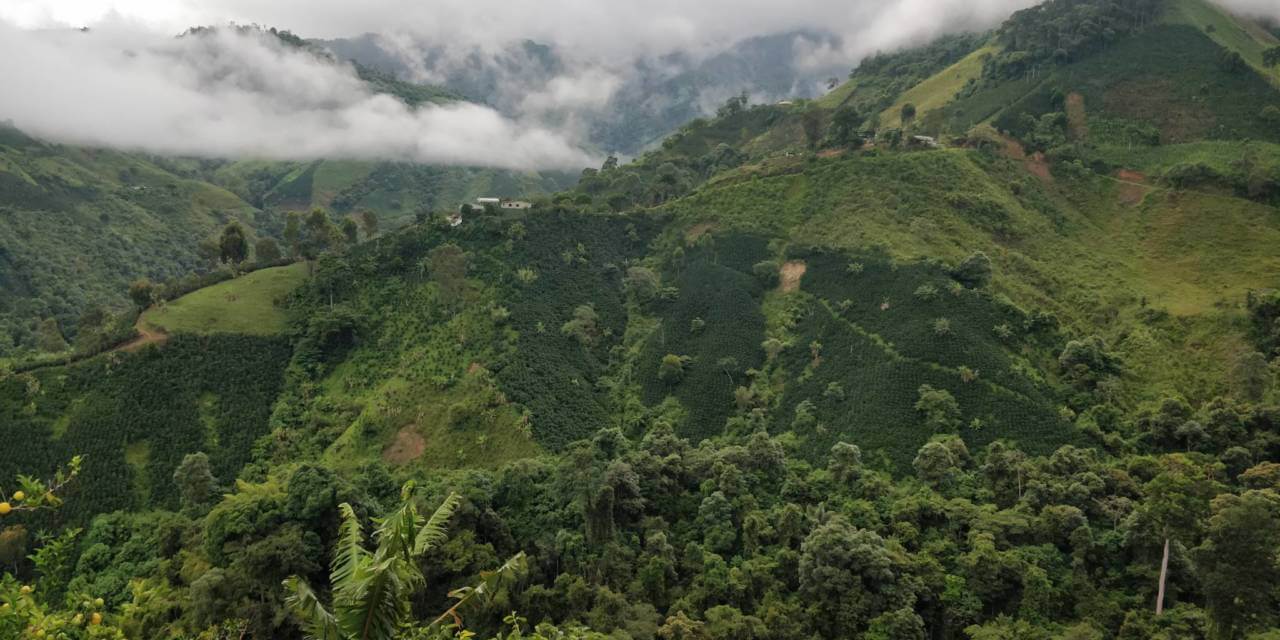 This lot has been selected as a microlot by the men and women working at Santa Maria Buying station. That means it scores above 85 points SCA, and has some very unique qualities. The total lot size was only 350kg and this lot was packed in 35kg bags, to support ease of use in specialty roasteries.

Coffee grower Adriana Maria Aldana is member of the La Victoria Association, which is one of the primary partners in Huila for The Coffee Quest. Together with MVO Netherlands, a Dutch institution for sustainable entrepreneurship she has been part of a focus group to calculate the True Price of Coffee back in September 2019. Doing so, we have calculated that due to her farming practices her Co2 foot print per Ha is actually -8752,06kg, meaning her farm takes that much Co2 from the environment, and there helps against Global warming. Thanks to Maria’s work in supporting this research, In the future we will know more about the cost of coffee production to the environment, biodiversity, and of course to Maria living income. By creating this insight, hopefully in the future we can bring awareness of the True Price of Coffee to the consumer, and we can support Maria in the right way in producing her amazing coffee.

The region around Santa Maria in Huila has been a stronghold for guerrillas during the 60-year conflict that ended recently, making the town virtually inaccessible for several decades. The civilian population suffered tremendously from the conflict, always being in the middle between the warring parties (guerrilla, para-military groups and the army). Only during the start of the peace negotiations around in 2012, the FARC pulled out and the town opened up for outside influence and economic development. In 2018, The Coffee Quest partnered up with Asociación La Victoria to guarantee a more stable income for the group and other farmers around Santa Maria. The chosen method was setting up a buying station in the centre of town. The station fully focused on specialty purchases in the region and functions as foothold within the local community.

In 2017, we were contacted though facebook by a Colombian woman living in the US who asked if we were interested in trying some coffee from her native village high in the mountains of Huila. Sure, we said, a little intrigued. And a few weeks later a young guy rang the doorbell of our office in Medellin with in his arms a huge bag with more than 25 samples. Andrés was the representative of the Association La Victoria in Santa Maria, he had spent 18 hours in a night-bus to meet us personally. We talked with him for a few hours until he had to catch the next night-bus back. He told us that Santa Maria, in the foothills of the Huila volcano had been closed off from the rest of the country for decades because of the guerrilla in the region. There are only two narrow unpaved access roads along dangerous precipices, so it was impossible for the authorities to enter the area. This is fortunate for specialty coffee lovers; the Coffee Federation never came here. This means almost all farmers of La Victoria grow Caturra, Colombia or Typica varietals. Hardly any converted to Castillo. When we cupped the samples a few days later, we were in awe. This was the best set of samples we had ever received. These were farmers, just doing what they’ve been doing for ages, they could only sell their coffee to local buyers for below-market prices, so they were never focused on specialty processes. But we cupped coffees ranging from 84 to 88 points on the SCA scale. Just imagine what they can achieve with just a little improvement. 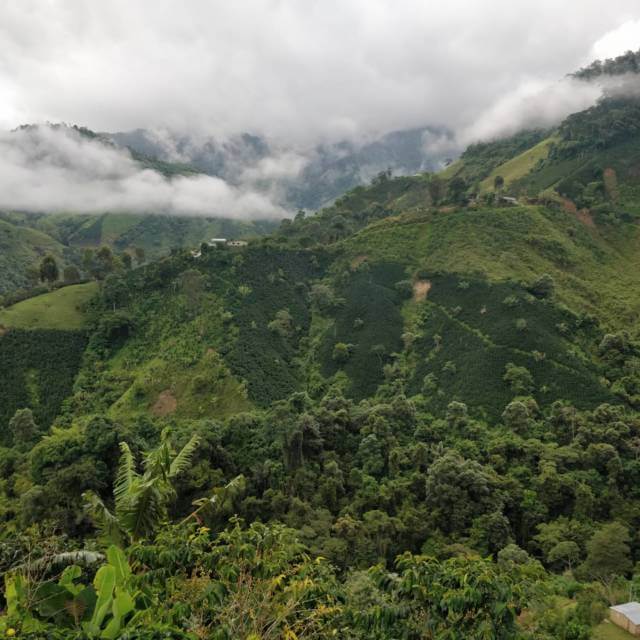