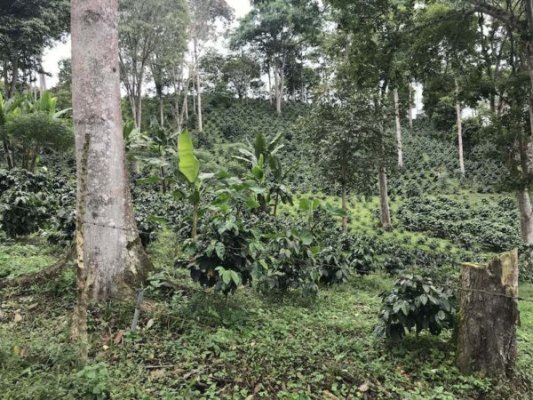 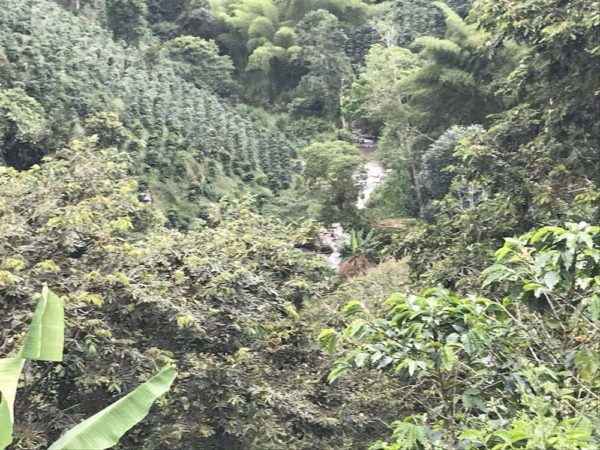 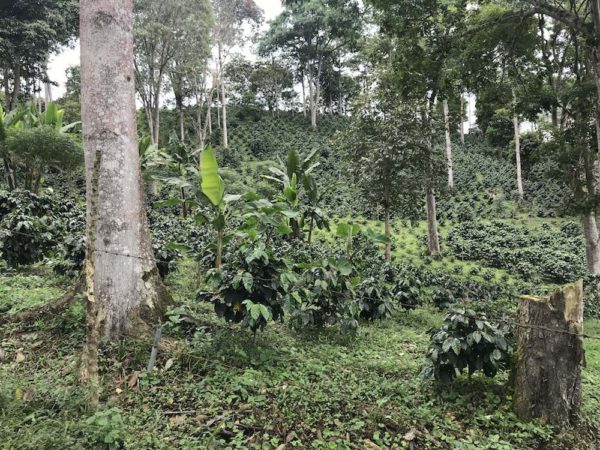 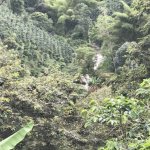 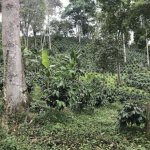 A massif (macizo) is a mountainous structure formed by tectonic plate movement. The extraordinary Macizo Colombiano, or Colombian Massif, forms a portion of the Andes mountain range in south-central Colombia, covering the departments of Cauca, Huila and Nariño. It contains 362 bodies of water; is the source of some of the country’s largest rivers, including the Magdalena and Guarapas; and is the source of approximately 70 percent of Colombia’s potable water.

In southern Huila, about 40 minutes southeast of the town of Pitalito, producers in the municipality of Palestina formed an association that, in honor of the mountain range and river, they named Macizo del Guarapas.

Today, the association consists of 92 farms that are generally between 3 and 5 hectares. Crop density is low in the area, and most farms have fewer than 4,000 trees per hectare. The farms range in altitude from 1,600 to 1,900 meters above sea level and mostly grow Caturra and Colombia, though several grow higher-end varietals including Geisha, Pink Bourbon and Tabi. All of them have extensive shade from local trees like walnut and guayacan.

The area has two rainy seasons that allow for a main crop, from October through January, and a smaller crop between May and July. However, because they’re situated on the slope of the great Macizo, and given the high altitude and somewhat cold and rainy microclimate, the coffee trees are unusual here. Instead of a few big flowerings, the trees produce several small flowerings, which causes coffee to be harvested over 10 months of the year.

The time from flowering to picking is 34 to 35 weeks (a couple of weeks longer than is common in most places, as the cool climate requires more time for the cherries to mature). And finally, the yield per hectare is also less than average, given lower density, the colder environment and the extensive shade—though together these are a recipe for a beautiful cup profile.

Coffees are pulped and washed at each farm, pre-dried and then brought in parchment to the central drying station in town, where they’re dried on patios for 2 to 4 days, depending on the weather. Then coffee is then trucked to the Laumayer mill where it is prepared for export.