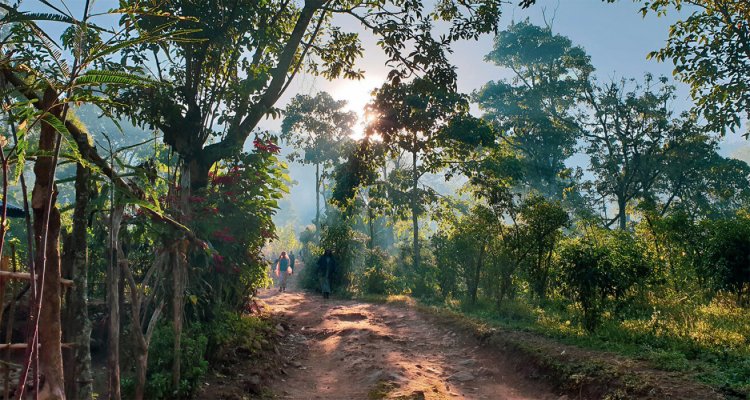 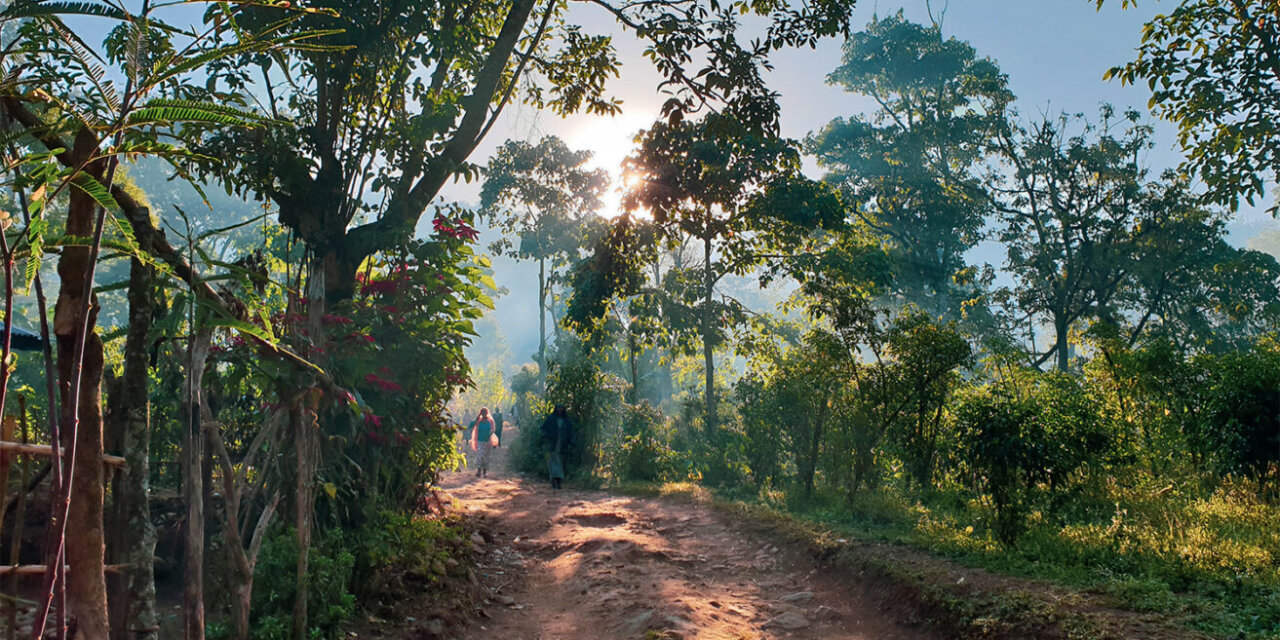 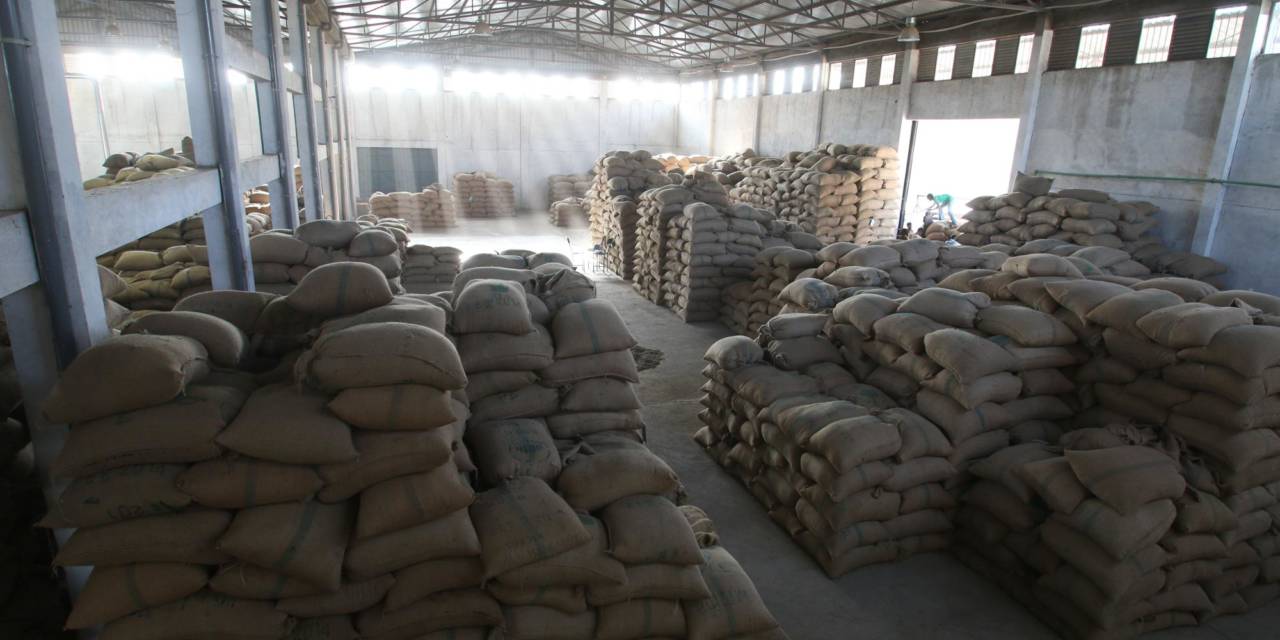 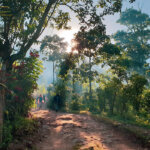 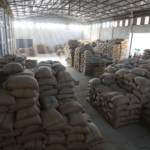 The Aricha Mulecha Mugida washing station has twelve standardized fermentation tanks and follows international procedures for coffee fermentation and washing. The facility uses fresh, running water for washing and other processing purposes. Their staff regularly measures the pH and TDS levels of the water. Aricha has more than 280 raised drying beds, each with its own code to control and track the processing status of each lot. Washed coffee is fermented for 36-48 hours and dried for 18 days.

The Aricha washing station also has 5.2 hectares of coffee in production between 1927 and 1943 meters above sea level. The soil around the washing station is red/brown in color and fertile in organic matter. The temperature ranges from 11.38 to 25.57° C with 1525ml average annual rainfall. Aricha is named for its location in the town, called a kebele, of Aricha.

Aricha washing station is run by Tracon Trading, who offers this note about coffee from Ethiopia:

“Coffee is the most important commodity of our country, and the utmost attention is given to the coffee export business. Our modern processing line includes the latest color sorting technology, which enables us to produce coffee of the highest quality and ensure consistency. A high degree of processing flexibility also allows us to prepare coffee to customer specification.

In recent years, we have invested in directly coffee farms to meet the demand for traceable coffee. We have been providing coffee information for years, but in 2018 we began providing specific, detailed information about each of our washing stations. We believe everyone has the right to know where the product comes from, the production process behind it, and the climate conditions that production year.”

Kurume is one of Ethiopia’s regional landrace varieties from Yirgacheffe. Surveys carried out between 1989 and 1994 help identify local landraces by name. Prior to the 1970’s there was essentially no intentional breeding or variety selection at a national level in Ethiopia; individual farmers selected seeds locally to reproduce their crop. But a devastating epidemic of coffee berry disease in the 1960’s led researchers to establish the Jimma Agricultural Research Center (JARC) and begin cataloging coffee trees that demonstrated resistance to both coffee berry disease and drought as well as producing high yields.

These selections were approached as a national crop improvement program, but in the fields the newly selected and resistant varieties did not perform optimally in climates different from that of Jimma, where the plants had been bred. Researchers at JARC pivoted, cataloging and selecting local landrace varieties that were both naturally suited to the environments where they already grew and representative of the cup flavor profiles of Ethiopia’s many coffee growing regions.

Kurume is one of the regional landraces identified in the Yirgacheffe area. As with many regional landraces, the names applied to the coffee varieties are borrowed from the names of indigenous trees. The Kurume tree bears small fruit with a good annual year, similar to Kurume coffee’s small cherries and bountiful harvest. Kurume is a commonly grown variety among farmers in Guji and Gedeo, which includes Yirgacheffe. Sometimes, the Kurume name is applied to JARC-selected varieties due to the similarities in the trees’ appearance.

Region Yirgacheffe
Literally translated as “Land of Many Springs,” Yirgacheffe has the ideal topography, elevation, and water sources to produce and process exceptional coffees. Yirgacheffe is one of the woredas, a district like a municipality or county that includes many towns, of the Southern Nations, Nationalities, and Peoples Region (SNNPR) of Ethiopia. Yirgacheffe is part of the Gedeo Zone of SNNPR and the Yirgacheffe woreda is bordered to the south by Kochere, to the west by Oromia Zone, to the north by Wenago, to the east by Bule, and to the southeast by Gedeb. The Yirgacheffe woreda is 409km from Ethiopia’s capital of Addis Ababa and has a population of almost 200,000 people, less than 10% of whom live in cities.

Coffee farmers in Yirgacheffe are typically multi-generational, small-scale landholders, sometimes with only a few acres of land. Most coffees in Yirgacheffe are sold as cherry to centralized washing stations that help further separate flavor profiles. Many farmers also grow the subsistence crop enset ventricosum, also known as false banana.

Yirgacheffe is considered by many to be the birthplace of coffee and the coffee trees grown in the region are a naturally occurring mix of heirloom varietals cultivated among other species in coffee gardens and coffee forests. Washed Coffee was introduced to Ethiopia in the 1970’s, and Yirgacheffe was the location of the first wet processing mill.

The climate in Yirgacheffe is warm and temperate. In the winter, there is much less rainfall than the summer, with an annual average of 1525mm and a difference of 246mm of precipitation between the wettest and driest months. The average temperature across Yirgacheffe is 18.4 degrees Celsius. 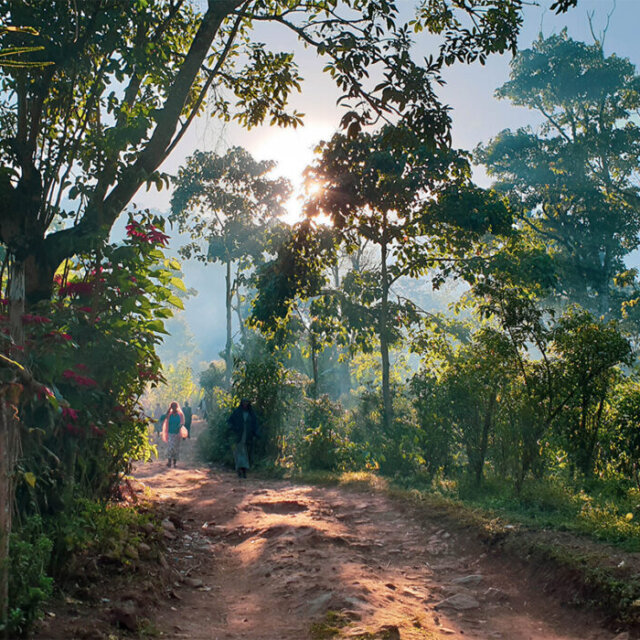 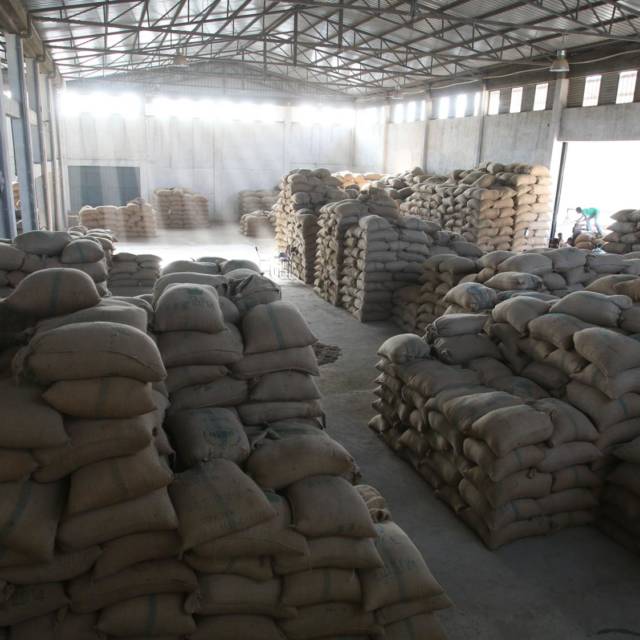