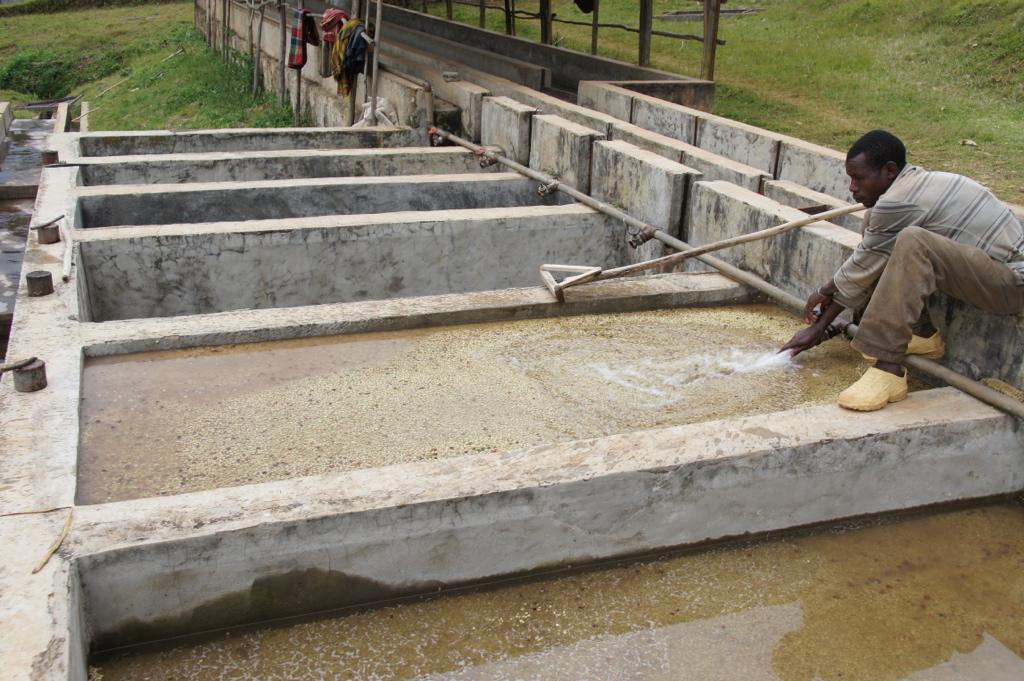 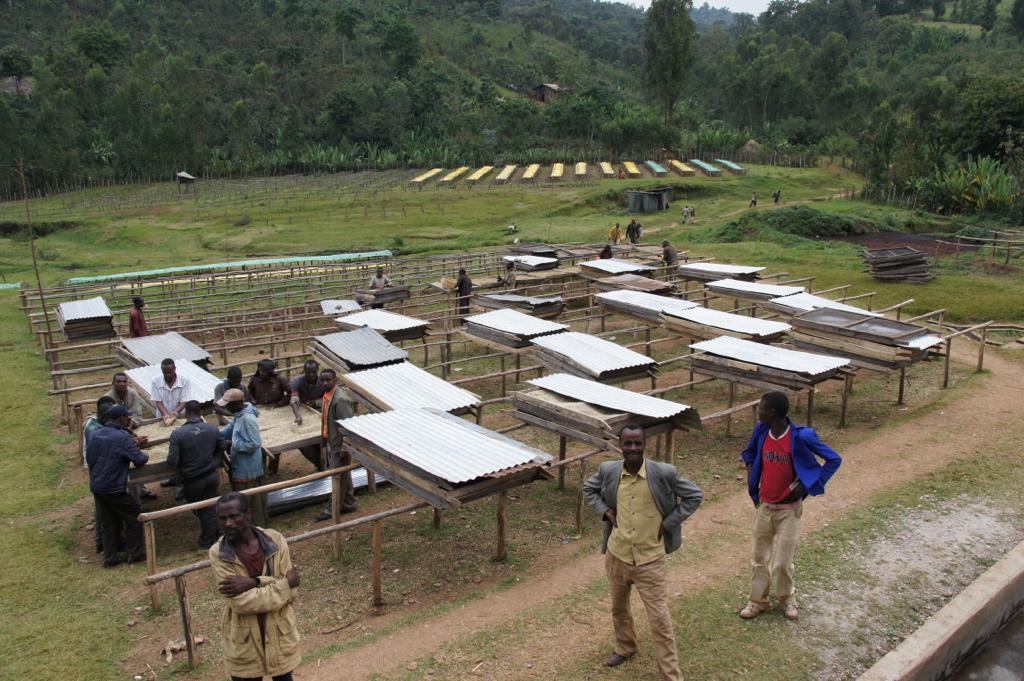 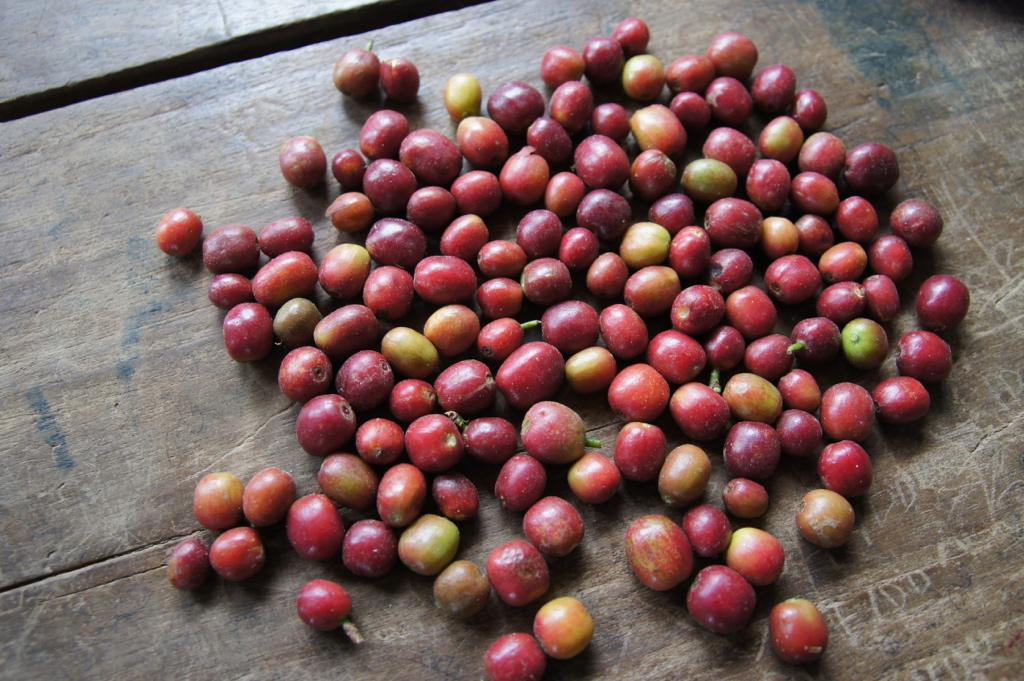 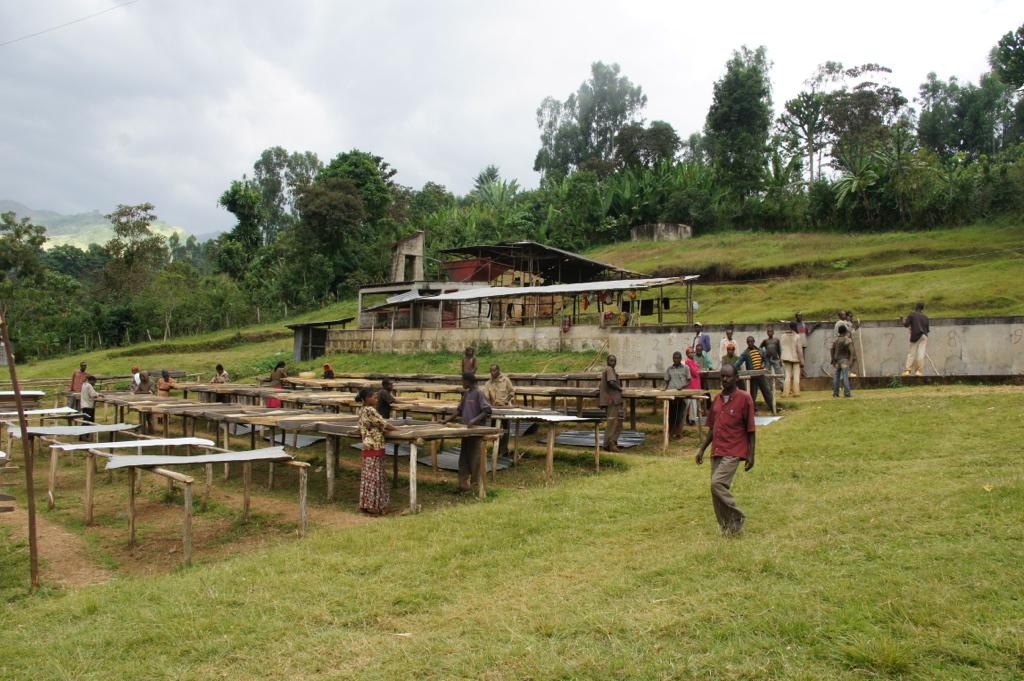 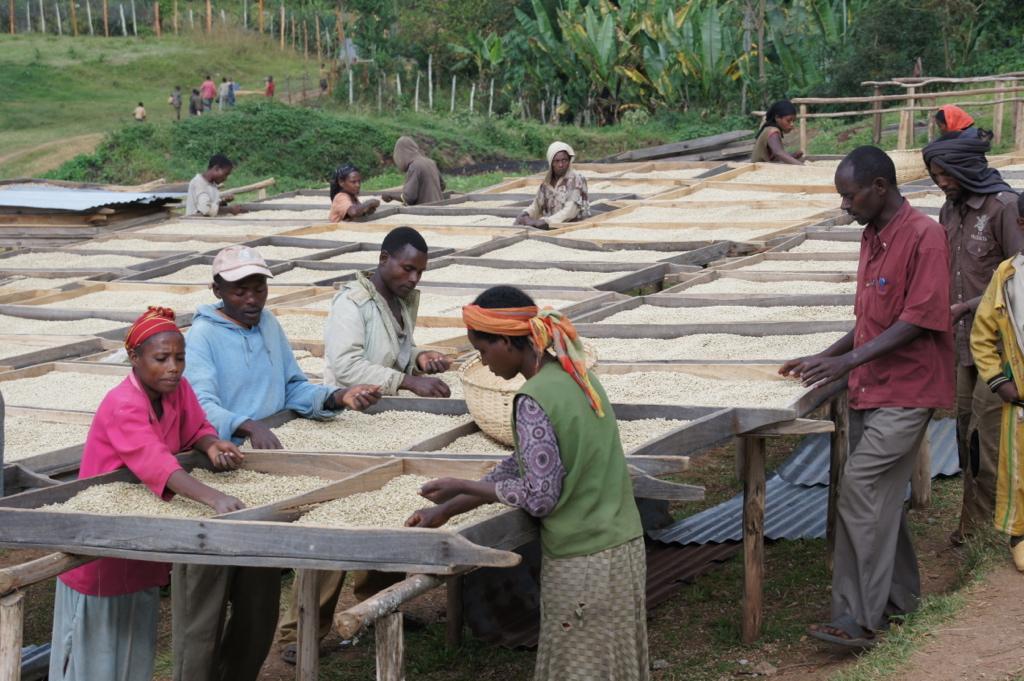 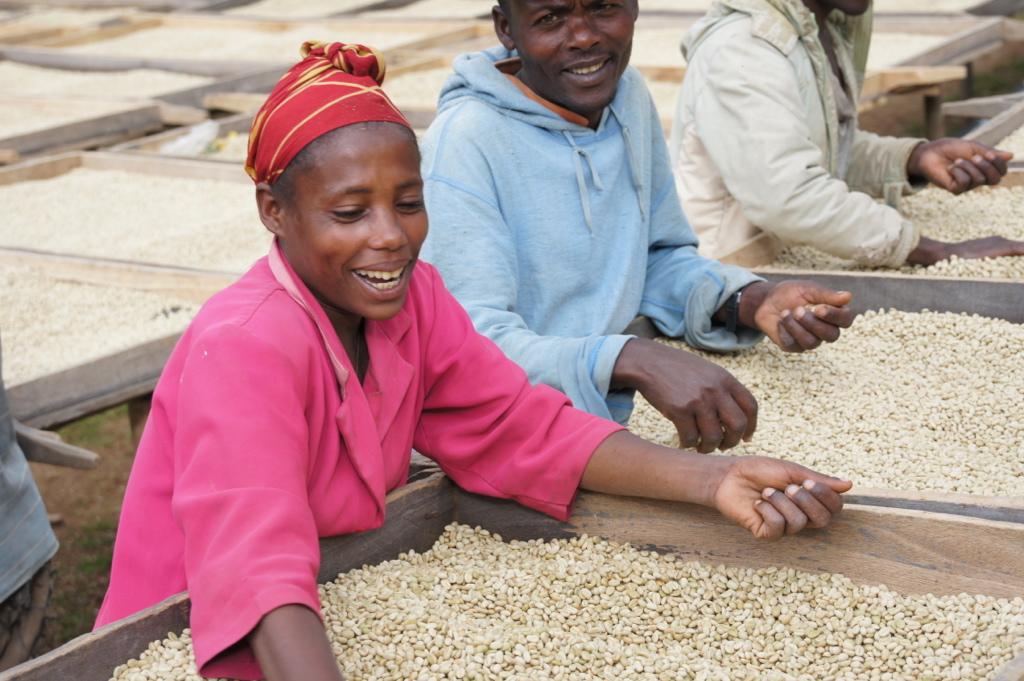 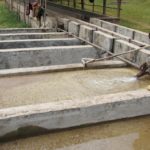 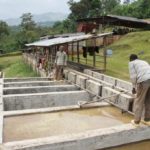 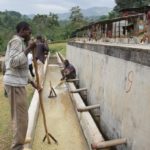 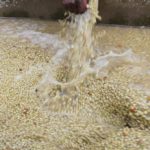 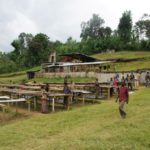 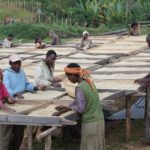 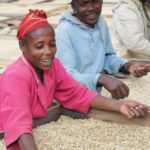 This coffee is from a Cooperative under the Sidama Union, and is made up of cherry delivered by its 1,650 member farmers from the surrounding Dalle area of Yirgacheffe. This Cooperative has been part of a project that worked to improve lot separation, and trace ability sheets to track coffees from days of production all the way to the warehouse.

Very smooth and delicate, with tasting notes of florals, orange, black tea and orange zest. As it cools it opens up and has white florals and tangerine taste. notes. Very nice body. Score 87.

Sidamo is famous for its clean, floral, and citric washed coffees and “high quality” sundried with genuine and unique red berry flavors. The Sidama zone covers a large area with very different growing conditions. You can find highland areas of forest coffees in remote places as well as dense production in the well-known areas like Aleto, Wondo, Darra, and Dale. There are currently about 50 Cooperatives in Sidama with a total of 90,000 members. Natural sundried coffees are common, but the majority of the coffee is washed. There are mainly small family plots of both recently planted trees of improved varietals and traditional old varieties. The variety is called Sidamo type. Organic fertilizer is common, pruning less common. All the cooperatives in Ethiopia belong to a Union, in this case the Sidamo Union, that sell and export the coffee. They also take care of dry milling and grading before export.

The Bokasso cooperative have two washing stations, relatively close to each other. The coffees from both sites are sold and marketed as Bokasso by the Sidamo Cooperative Union. The Union are also responsible for the milling, bagging and sorting as well as the export.

About 2047 smallholder farmers delivering tiny amounts of cherries daily to the wet miller.

On average farmers are having a farm size of less than 1 hectares. Most coffees are organic by default. Organic compost is common, pruning less common. A farmer can typically have less than 1500 trees pr hectar, and 1 tree is typically producing cherries equal to less than 100 – 200 grams of green coffee.

A mix of local variety’s. In the area they have local improved vareties named 74110 and 74112. But it will be a mix of theseas well as native coffee of forest origin transferred to family smallholder plots. The varieties are referred to collectively as Ethiopian Heirloom, which is a myriad of local native Typica hybrids and new improved varietals based on the old strains.

Washed and graded in channels: Yes

Soaking: about 24 Hours in clean water.

Whole ripe cherries are hand sorted for unripes and overripes by the farmers before they go into production. They are pulped by a disk pulper and graded in the pulper by density: The parchment is then fermented under water for 24-48 hours, depending on the weather conditions. After which graded in the washing channels by water flow that separates the coffee by density. Its then soaked 12-24 hrs in fresh, clean water before it’s moved to the drying tables.

Skin drying the first hours unders shade. The parchments is dried in the sun for about 10-15 days, depending on the weather conditions, on African drying beds. Coffees are covered in shade nets during midday and at night.

As a cooperative you are allowed to sell the coffees directly as a fully trace able product and can buypass the ECX (Ethiopian Commodity Exchange). They are always marketed and sold through a Cooperative Union. Generally they will relate to the Cooperative Union representing the zone and area where they operate. Typically, a Cooperative in Limu is sold and exported by the Limu Union, In Oromia the Oromia Union, Sidama the Sidamo Union and so on.

This is basically how the supply chain works for the Cooperative coffees:

To be as much on top of things as we can we have our country manager Seife Tuloskorpi full time on the ground and a partnership that gives us the opportunity to manage a cupping lab with three members of staff in Addis. The coffee buyers Joanne and Morten are frequently visiting throughout the season. Generally, this is from November through to March, at least once a month and spending a considerable amount of time understanding how the season in that given year is developing.

This involves meeting with our producers and export partners and traveling throughout the different regions during the processing, later as coffees become available we are cupping both samples from the beginning of the harvest and throughout. In this way we can early on identify areas and wet mills that are showing potential. We cup through initial rounds of samples and make preliminary selections of the coffees that have value to us, these coffees are then cupped in a multiple of further rounds. Both in cuppings showing a selection from a specific region and also cuppings where we look at all of the coffees for that period that we are buying from Ethiopia.

In this way the coffees we decide to buy are cupped and assessed in a way that gives us good insight into the cup profile and quality, as well as the consistency of that particular lot.