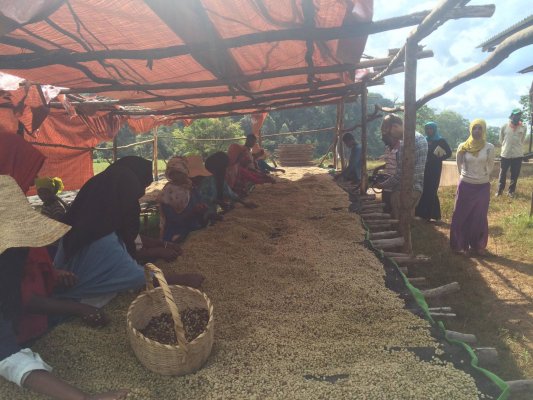 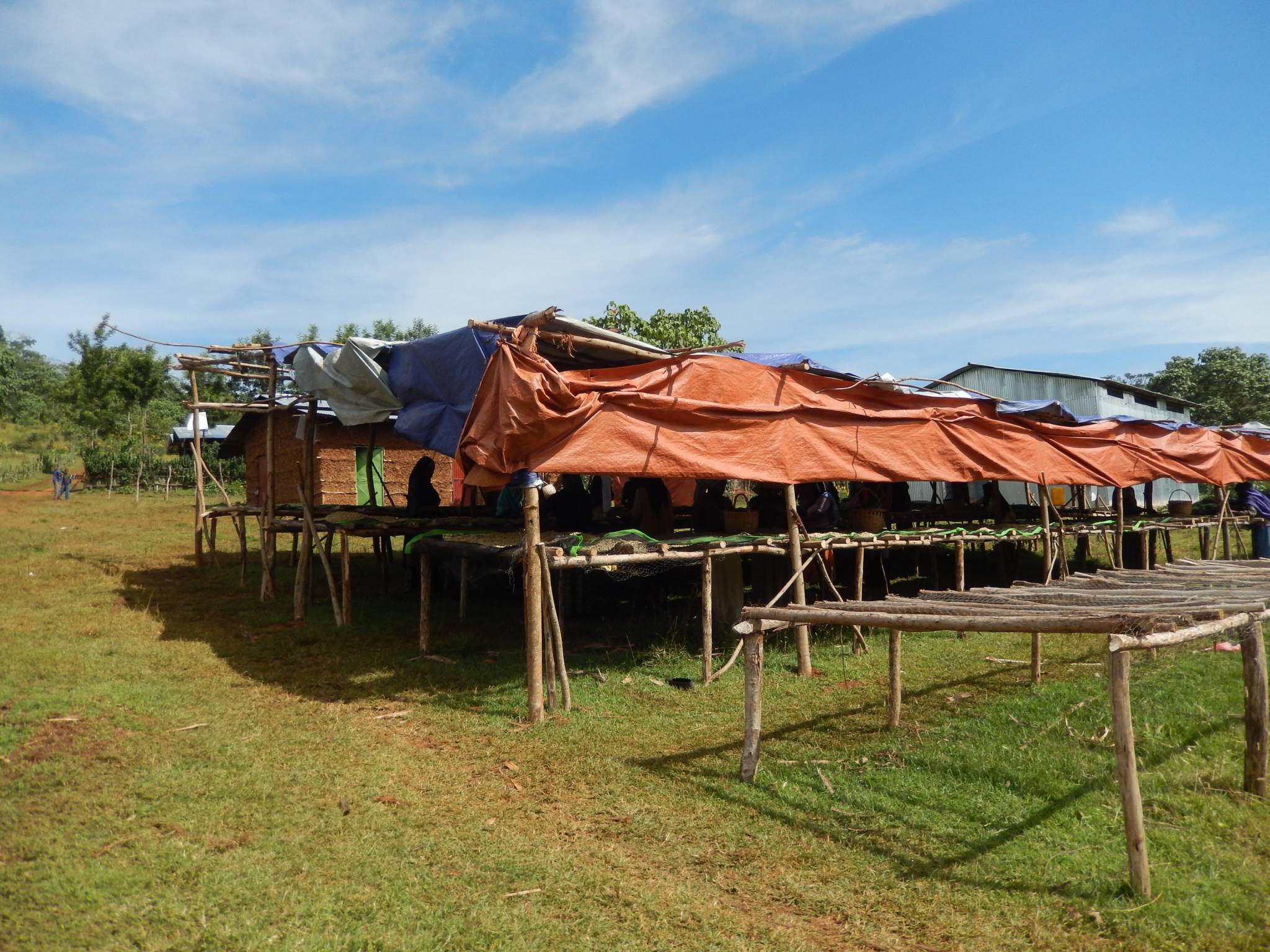 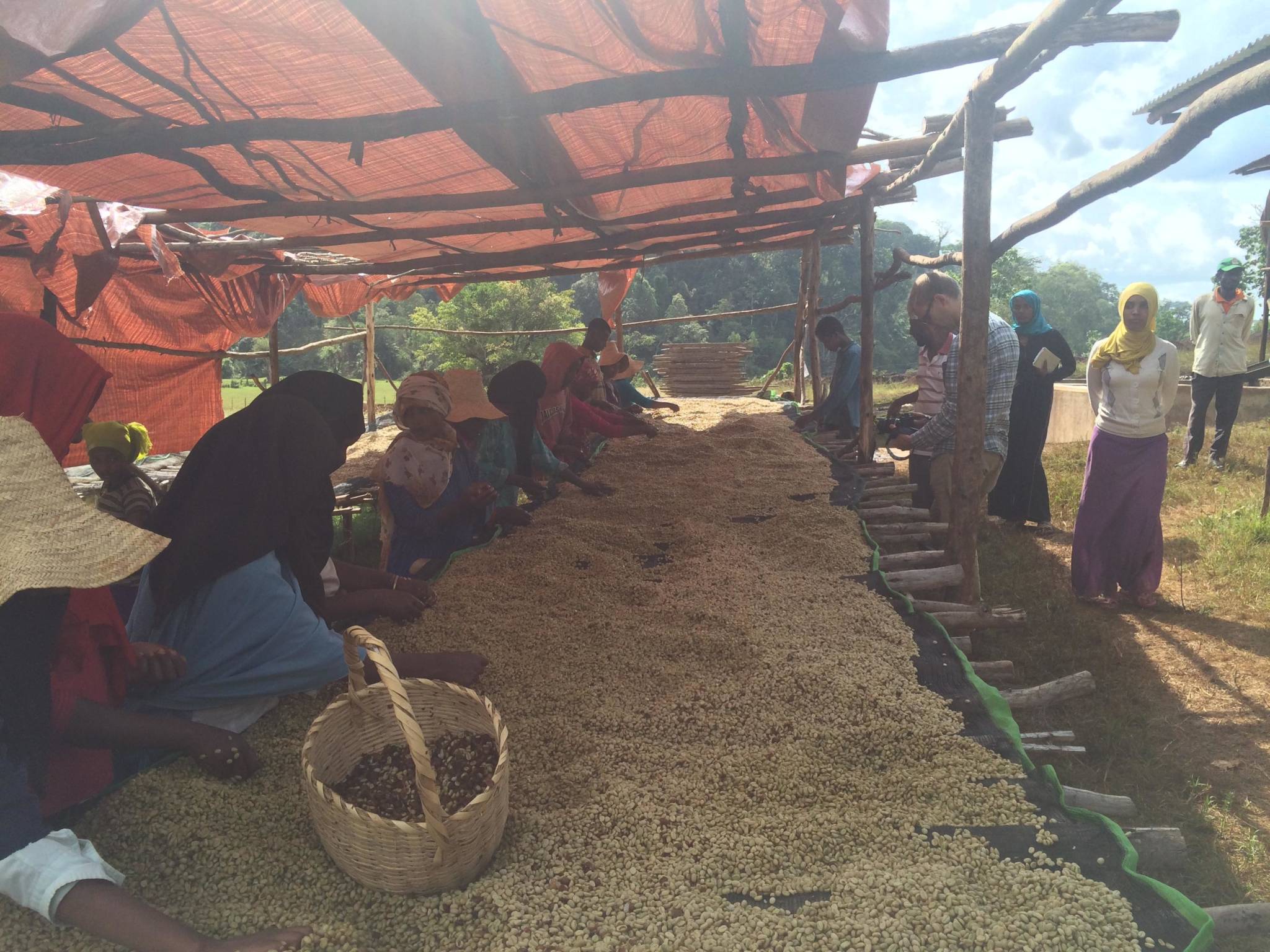 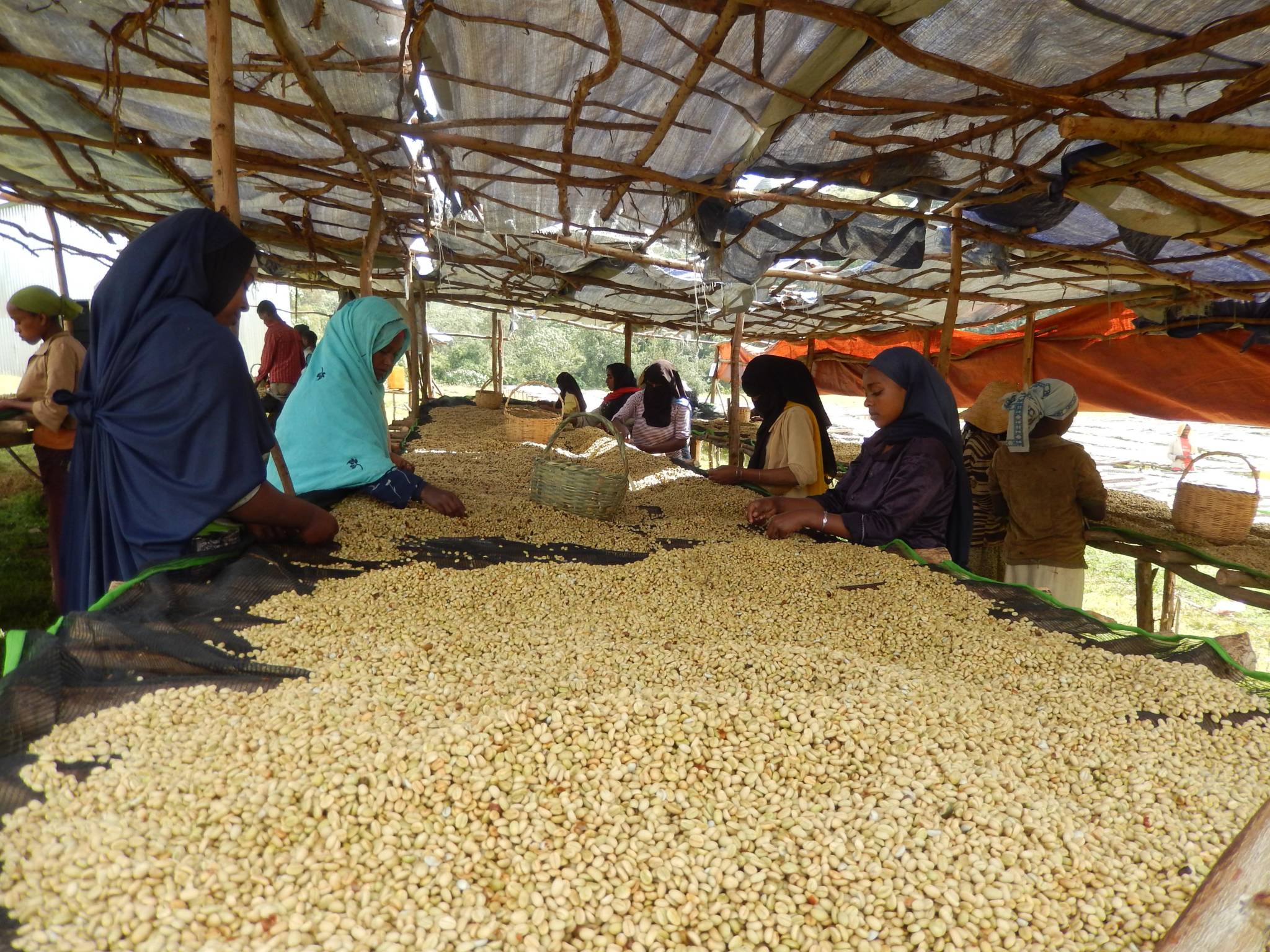 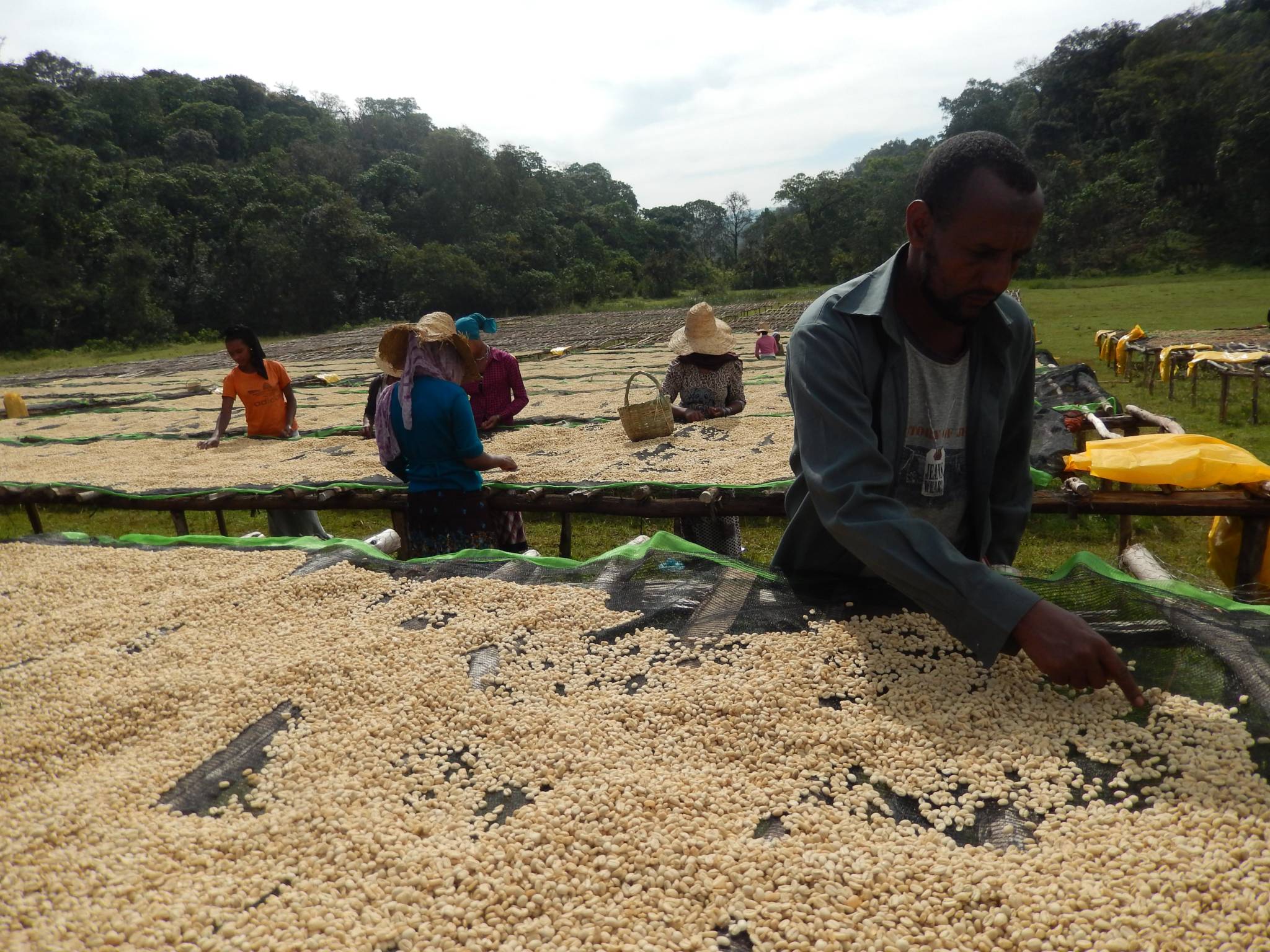 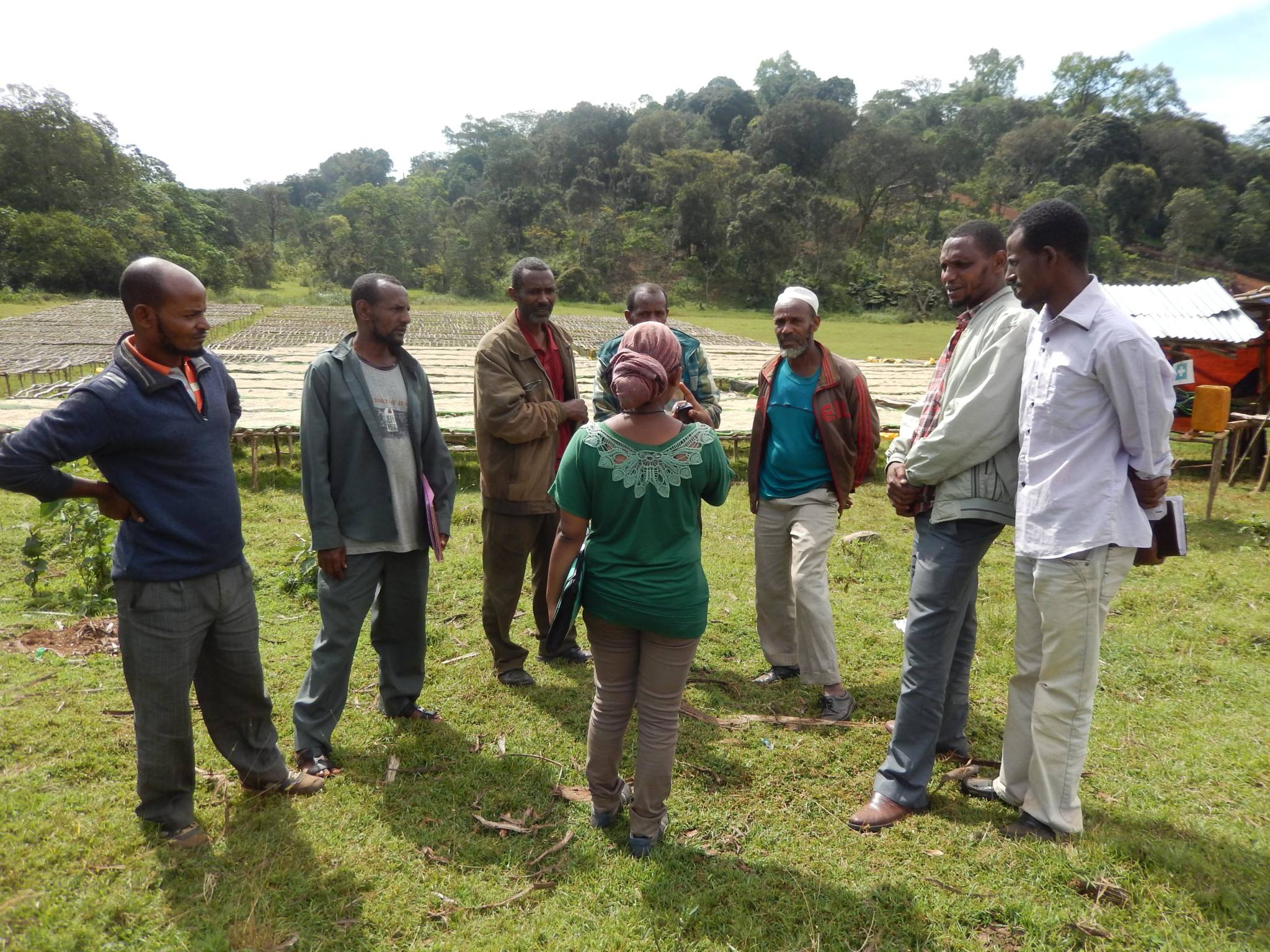 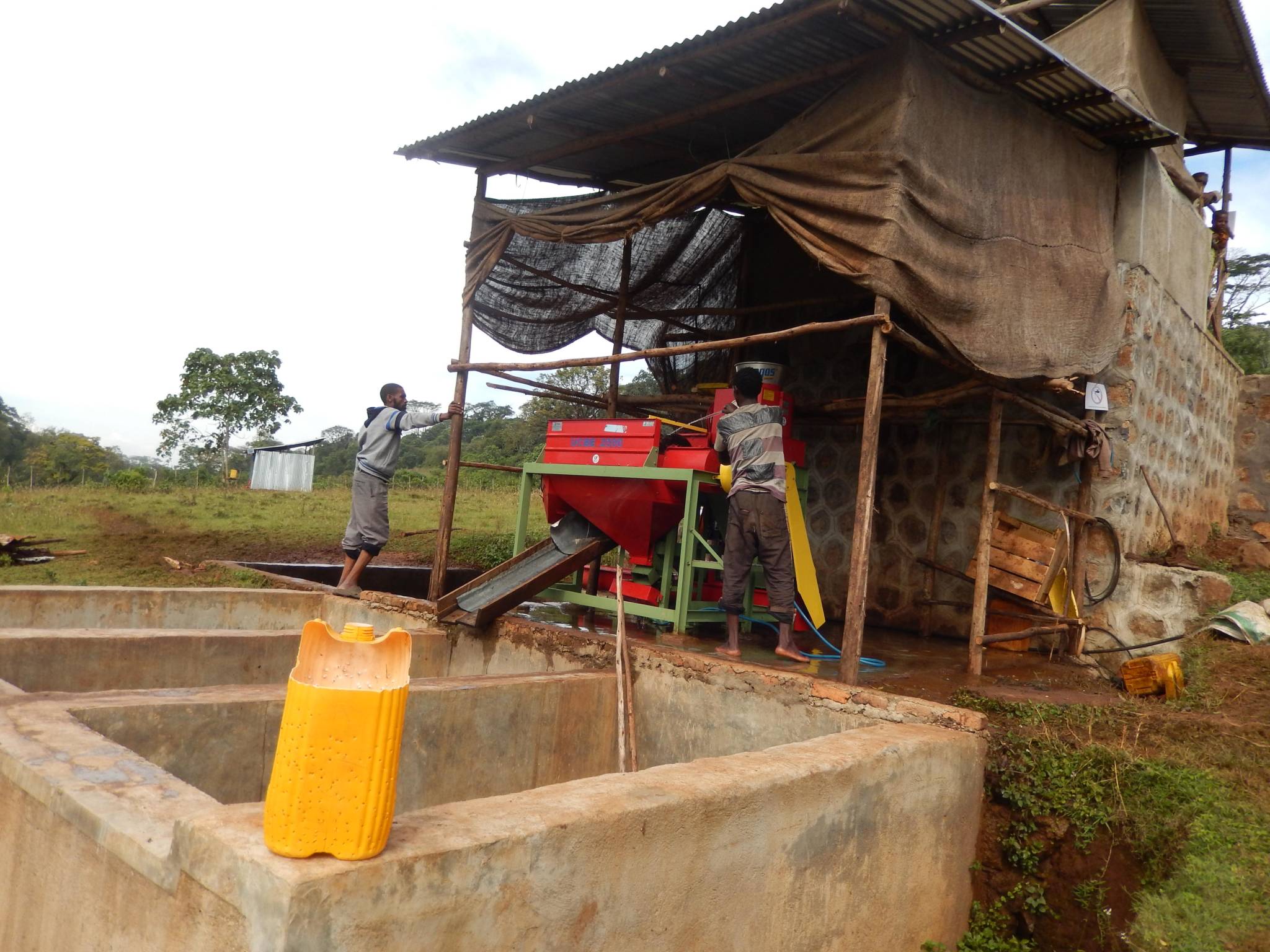 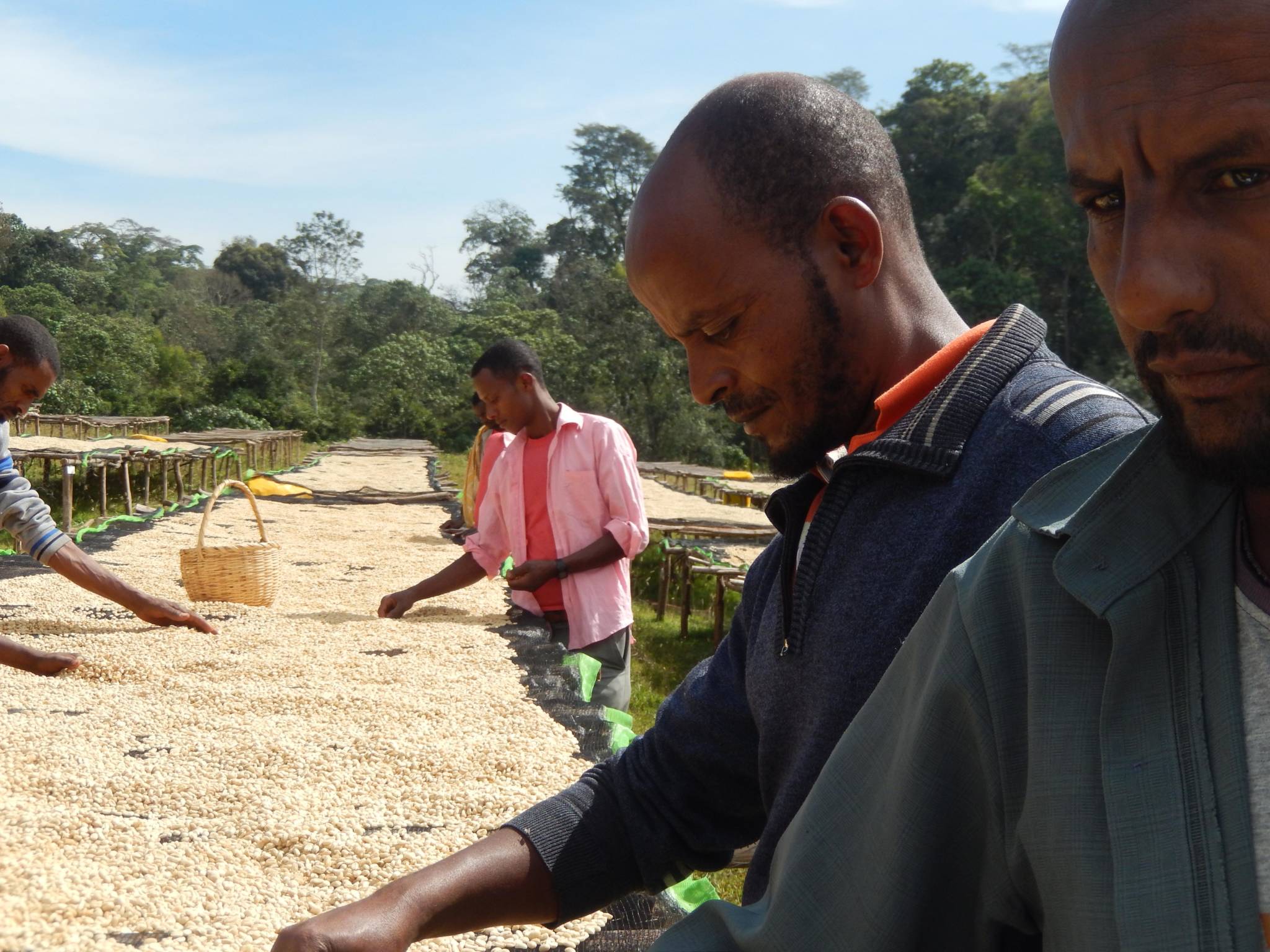 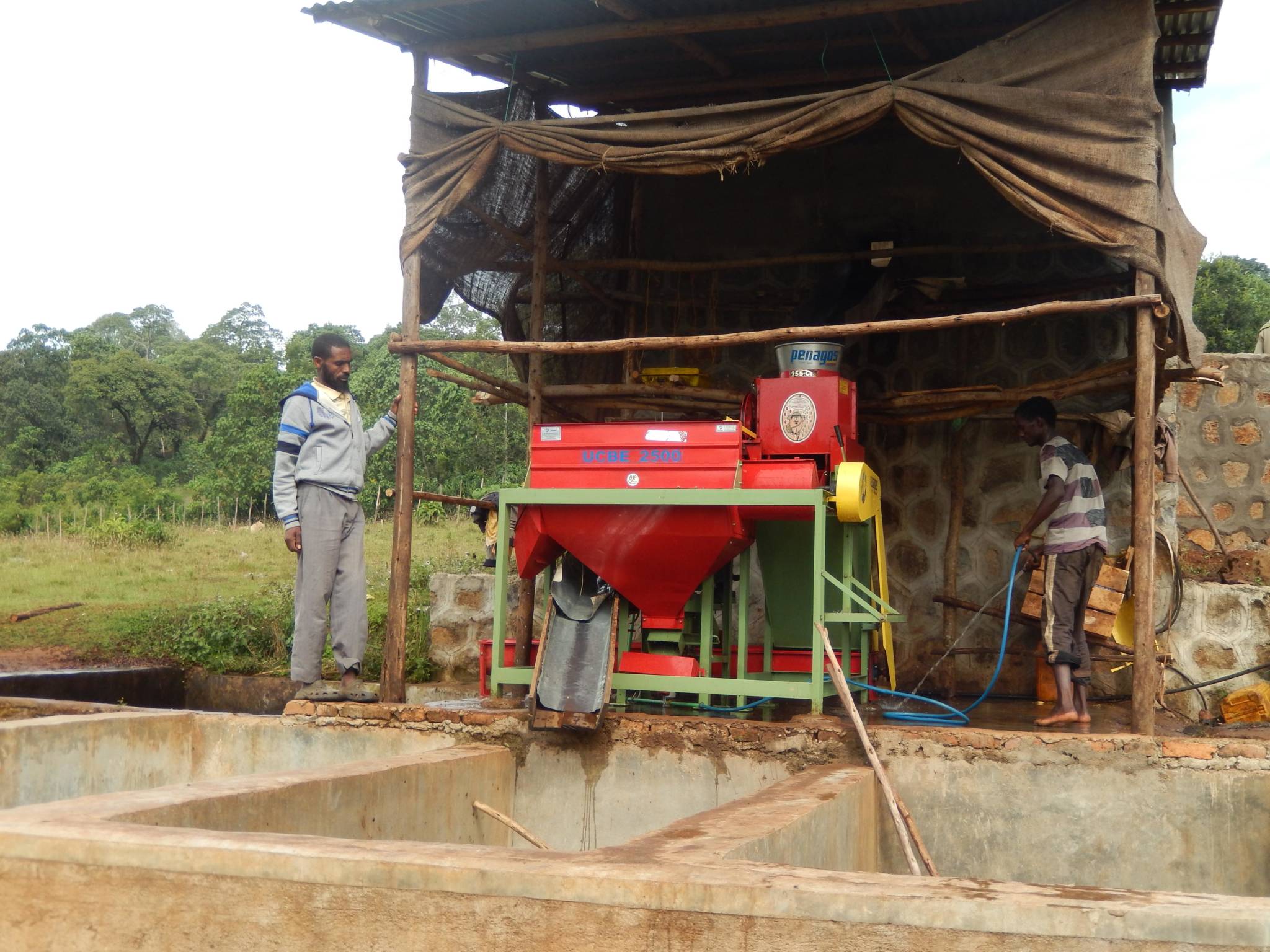 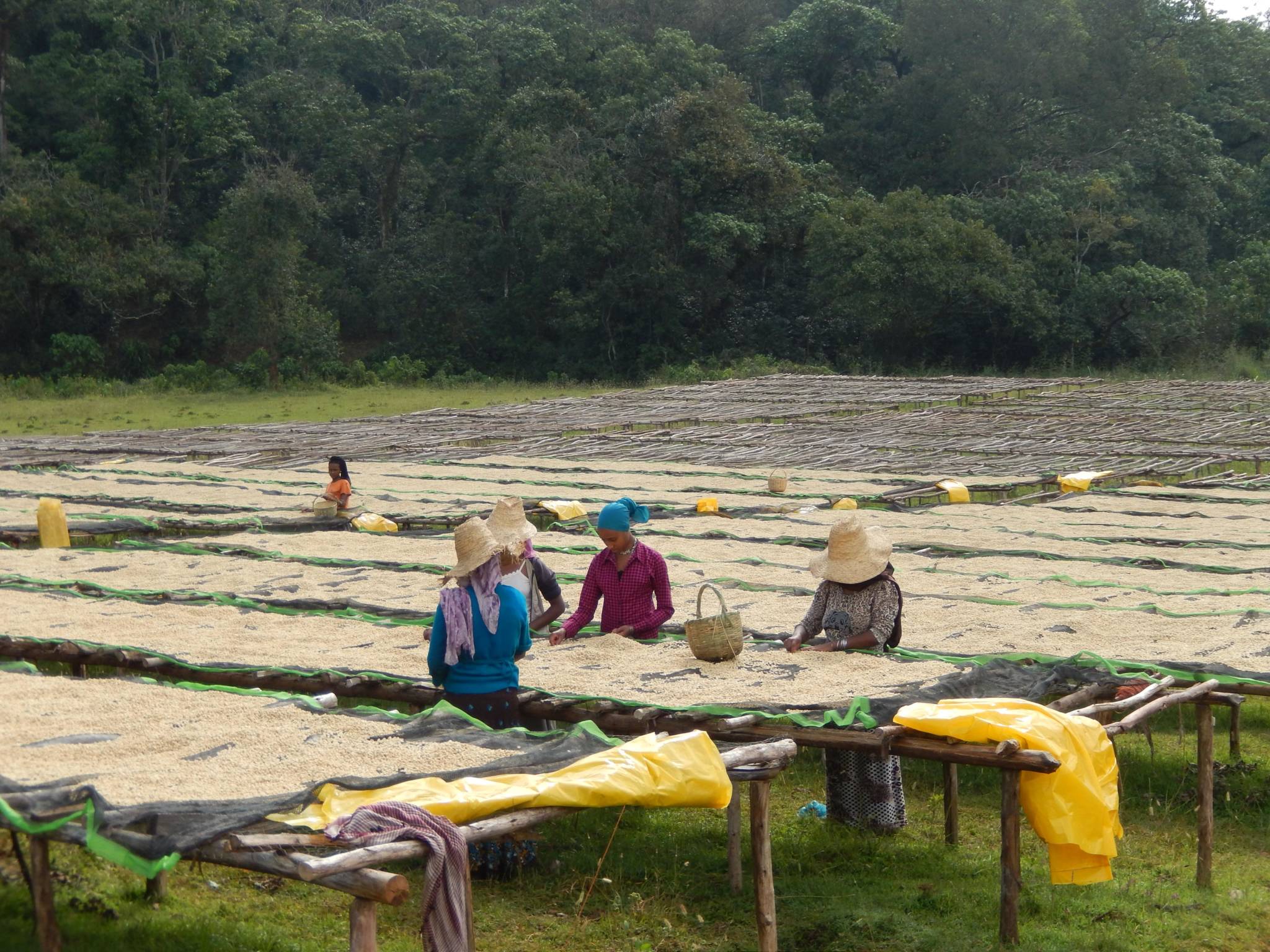 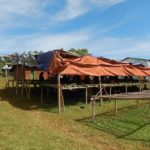 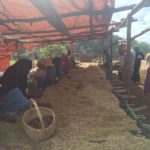 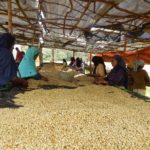 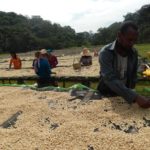 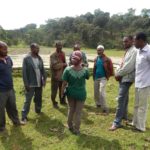 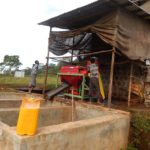 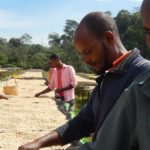 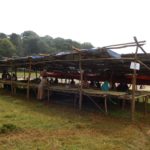 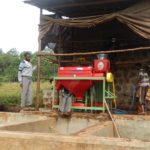 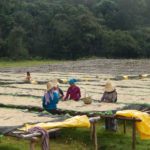 This coffee is from a Cooperative in the Agaro region in Western Ethiopia. The Cooperative is relatively young being established in 2011, but has a very strong management who have been able to provide financial benefit back to their member farmers and continued success in quality production. This area has over the last couple of years began to earn a reputation for very flavor intense and spicy coffees with very distinct attributes.

This coffee is a result of a sustainable Technoserve project in the west based on transparency and increased quality production. Technoserve is a NGO supporting the farmers in setting up washing stations and new cooperative structures. This project has revealed a new great range of coffee flavors not found elsewhere. Technoserve’s coffee initiative is a project measuring their success in the value and quality of the coffees produced and the farmers increase in their coffee income. All cooperative members qualify for second payment. This has so far contributed to a significant increase in payment for the local coffee farmers.

On average farmers are having a farm size of less than 3 hectares. Most coffees are organic by default. Organic compost is common, pruning less common. A farmer can typically have less than 1500 trees pr hectar, and 1 tree is typically producing cherries equal to less than 100 – 200 grams of green coffee.

Varietals: Mainly an improved native varietal called 1274, but also a mix of Ethiopian Heirloom. Such as native coffee of forest origin transferred to family smallholder plots.

Pulped and mechanically demucilaged with a Penagos 2500 eco-pulper, soaked in water over night and sundried on raised beds.

Cherries are hand sorted for unripes and overripes by the farmers before they go in to production. A Penagos Eco Pulper removes the skin, pulp and mucilage. With this machine they don’t need to ferment the coffee to remove the mucilage. After the mucilage is mechanically removed it is soaked in clean water in concrete tanks for about 3- 10 hours.

Skin dried and sorted under shade for about 6 hours after soaking. After skin drying it is moved out in the sun and dried about 10 days on African drying beds on shade nets or hessian cloths. Coffees are covered in plastic or shade nets during midday and at night.

Duromina is a new cooperative established in 2011. They now have two washing stations under the Cooperative. That way they can access cherries from more farmers in their local surroundings. Duromina has been winning awards as well as they have been very financially successful on the farmers’ behalf. They are located in an area starting to get known for very flavor intense and spicy coffees with unique attributes. The management is strong and they succeeded on quality production from year one. A lot of the coffees are grown around and above 2000 meeters above sea level. They have wastewater treatment based on Vetiver grass naturally filtrating the water from the production before it goes in to the pits and finally the ground. The average farm size pr small holder is 0,5 hectares.

The coffees in Agaro was recently discovered as something truly unique in flavor. Before these cooperatives was established through the organization Technoserve they were mainly producing lower graded naturals sold as Jimma Grade 5. After they started to prepare it properly as washed and well selected the whole coffee industry go taken by surprise of the complex flavor range. They can have a general flavor profile towards black tea, coffee flower aromas and stonefruit. They tend to be delicate and medium intense with great sweetness as well as hints of herbs and spices like cloves and cinnamon. Overall it’s transparent and delicate with highly complex fruit notes, great acidity structure and juiciness.

As a cooperative you are allowed to sell the coffees directly as a fully trace able product and can buypass the ECX (Ethiopian Commodity Exchange). They are always marketed and sold through a Cooperative Union. Generally they will relate to the Cooperative Union representing the Zone and area where they operate. Typically a Cooperative in Limu is sold and exported by the Limu Union, In Oromia the Oromia Union, Sidama the Sidamo Union and so on.

This is basically how the supply chain works for the Cooperative coffees:

To be as much on top of things as we can we have our country manager Seife Tuloskorpi full time on the ground and a partnership that gives us the opportunity to manage a cupping lab with three members of staff in Addis. The coffee buyers Joanne and Morten are frequently visiting throughout the season. Generally, this is from November through to March, at least once a month and spending a considerable amount of time understanding how the season in that given year is developing.

This involves meeting with our producers and export partners and traveling throughout the different regions during the processing, later as coffees become available we are cupping both samples from the beginning of the harvest and throughout. In this way we can early on identify areas and wet mills that are showing potential. We cup through initial rounds of samples and make preliminary selections of the coffees that have value to us, these coffees are then cupped in a multiple of further rounds. Both in cuppings showing a selection from a specific region and also cuppings where we look at all of the coffees for that period that we are buying from Ethiopia.

In this way the coffees we decide to buy are cupped and assessed in a way that gives us good insight into the cup profile and quality, as well as the consistency of that particular lot.