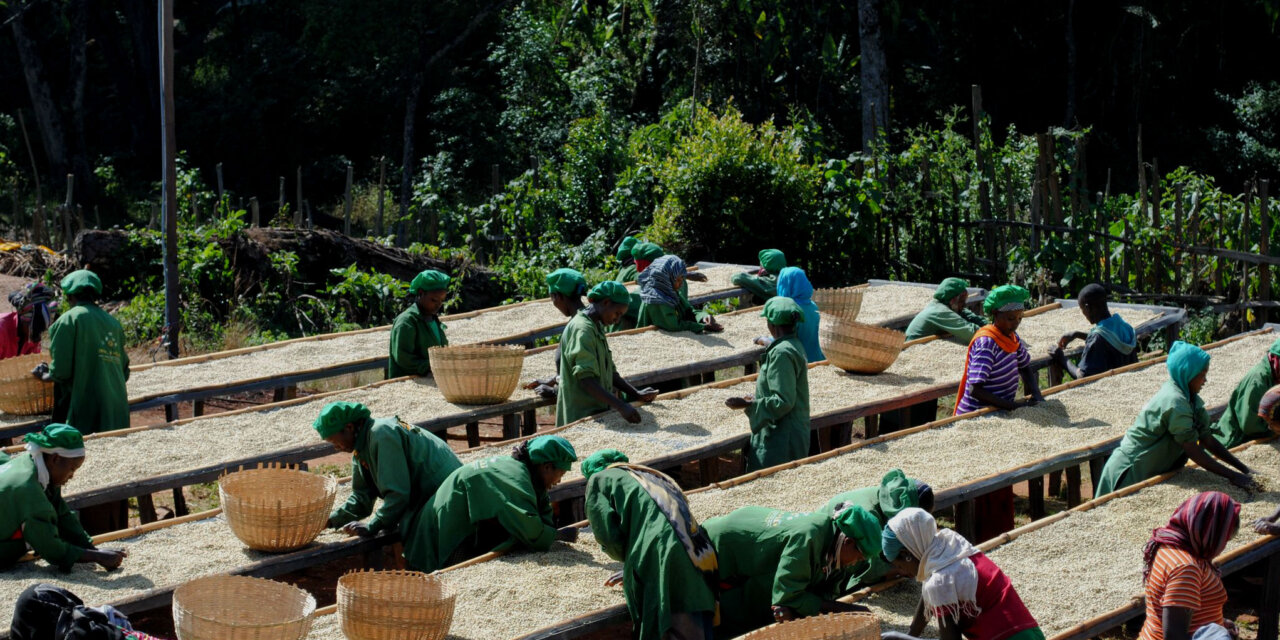 This washing station was established in 2012 by Ato Mijane. It is located around Sakaro, a village in the Gedeb district, near Worka. Gedeb is most-definitely one of Trabocca’s favourite districts that produce Yirgacheffe coffee – because it is known for its purple-fruit and intense floral notes. A notable difference in the gedeb region, compared to other Yirgacheffe districts, is the state of
plantations. The soil seems more nutritious and trees look more vital than they do in the northern part of Yirgacheffe.

Gedeb is one of the woredas in the Southern Nations, Nationalities, and Peoples’ Region of Ethiopia, named after its major town, Gedeb. Part of the Gedeo Zone, Gedeb is bordered on the east and south by the Oromia Region, on the west by Kochere, on the northwest by Yirgachefe, and on the north by Bule. Gedeb was part of Kochere woreda.