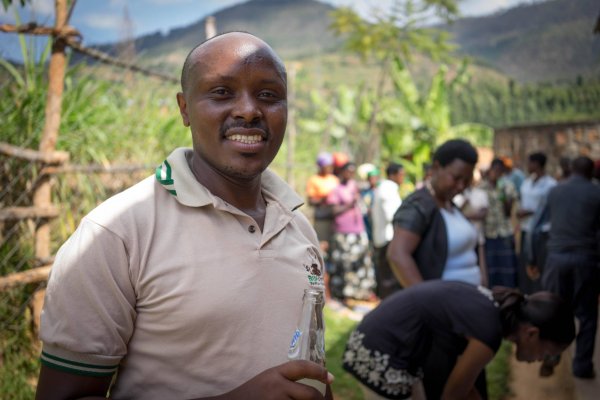 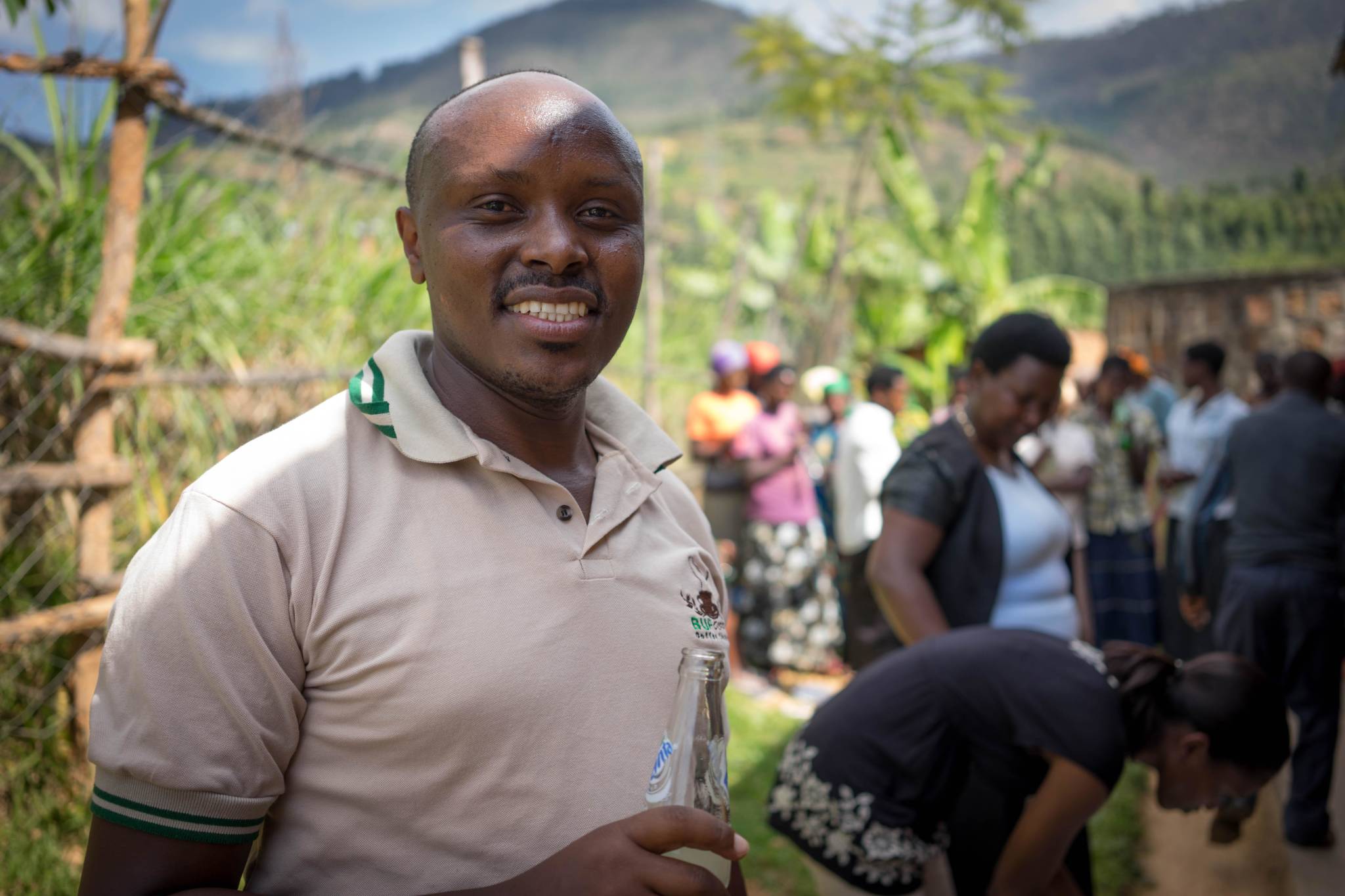 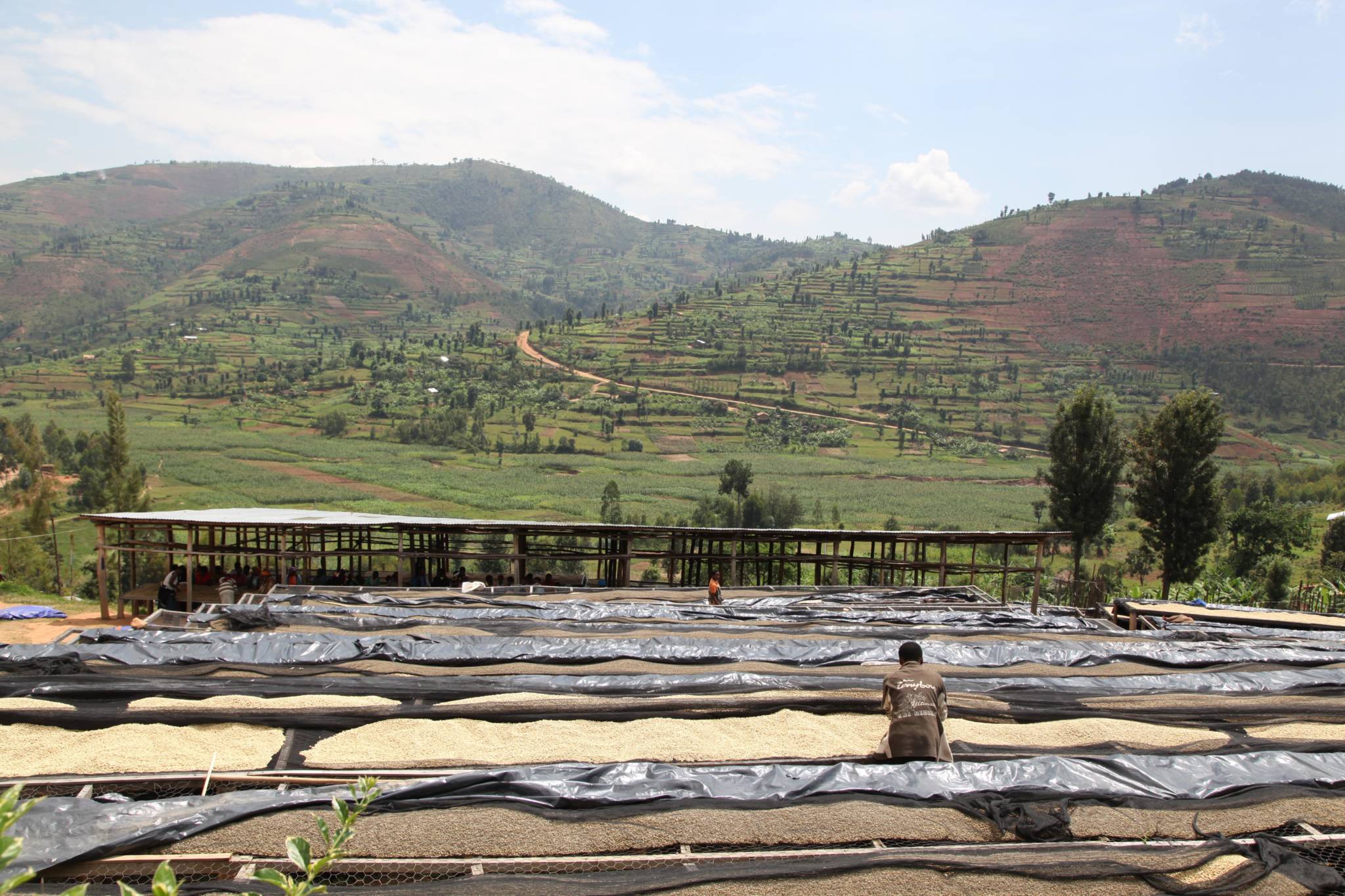 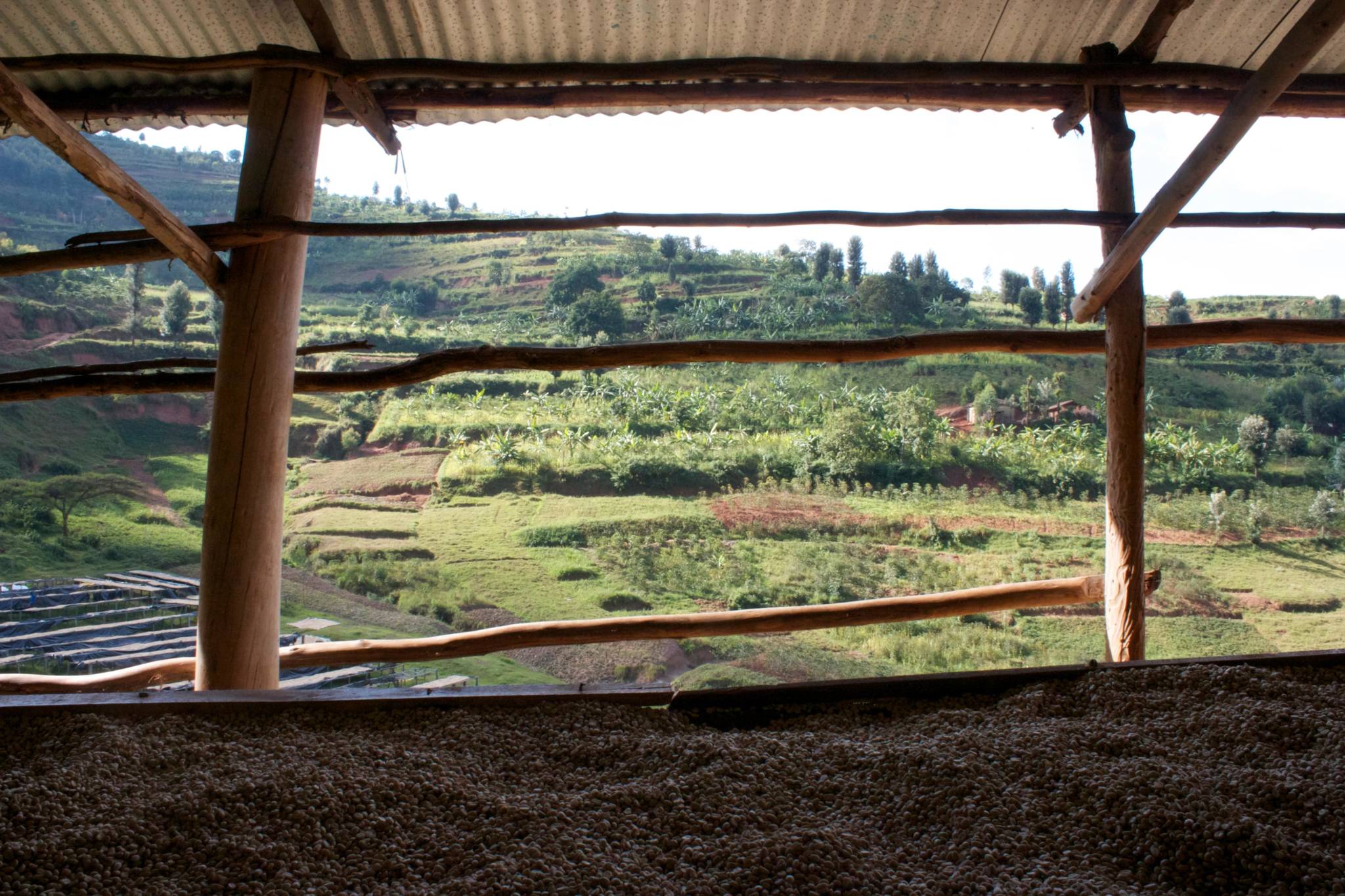 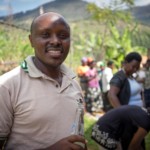 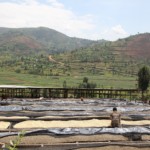 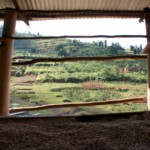 Kabeza is one of the smaller communities in the hills around Remera washing station in Nyamagabe, where the producer separates the coffees by area and date of picking until its cupped and approved. The collection site receives cherry that are then transported to Remera where they are floated, pulped, fermented and soaked before being dried under shade on raised beds.
The bright, berry like acidity and juiciness of this Kabeza lot caught our attention.

Remera is a washing station owned by producers, Epiphanie and her son Samuel Muhirwa, we have been working with the family in different capacities since 2008. They began operating around mid 2000 and from the beginning have focused on quality. This washing station is in the South of Rwanda, in the Nyamagabe district

Samuel has been managing the business that his mother, Epiphanie established and owns along with all seven of her children.

Samuel is very forwarding thinking in the ways he is developing the work done at Remera washing station, he has also intentionally spent time in other producing countries to learn alternative and improved techniques in processing coffee. We have been working with Samuel on some experiments and lot separation and have found that the micro regions surrounding the washing station have unique and recognisable flavour attributes. At Remera he has invested in drying techniques by builging a massive steel structure with different levels for shade drying parchment.

It is this project in particular that is interesting to us, as in our own experience we have seen a difference particularly in the longevity of coffee dried under shade.

Farmers will either carry their cherry by foot or bicycle to Remera washing station for processing. Samuel also has established collection sights with his own representatives in the different micro regions who take delivery of cherry from farmers, which is then transported by truck to Remera.

Competition for cherry can be pretty tough, farmers can deliver to whichever washing station they want. Samuel and his family have grown up in Nyamagabe and because of this have very strong relationships within the community, they provide a lot of support to the families of these farmers and are communicating with the local farmers on selective picking and sorting. To attract farmers with the best qualities theya re constantly paying premiums above the market prices.

Transporting cherry from the surrounding micro regions is costly but important for access to farmers who are taking care in their picking and sorting, as well as having access to higher altitudes. At Remera there are very competent staff, who are well trained in managing the production of micro lots.

There are very strict routines for cherry reception and sorting, cherry delivered by farmers must be sorted by the farmers themselves, if this is not done sufficiently there are staff who will do further sorting. The cherry are placed in a tank prior to pulping where floaters are removed, all of the cherry sorted out that is unripe’s or over ripe’s will be processed separately as lower grade coffee.

The climate through most of the season in Rwanda is relatively cool, which assists in controlling the fermentation process. After cherries have been pulped by a traditional 3 disc pulper, removing the skin, pulp and grading the coffees into three grades A, B and C. The coffee is dry fermented for up to 16 hours, depending on the temperature of the climate at the time. The parchment is then washed and graded again in channels, here there are two grades based on density of the bean, then soaked under clean water in tanks for 12 hours.

The parchment is initially taken to pre-drying tables, which are under shade, and where while the parchment is still wet, a lot of hand sorting is done as it is much easier to see defects at this point. The parchment is then taken to the larger shade drying facility where it is continually sorted and turned during the four weeks it takes to dry under shade.