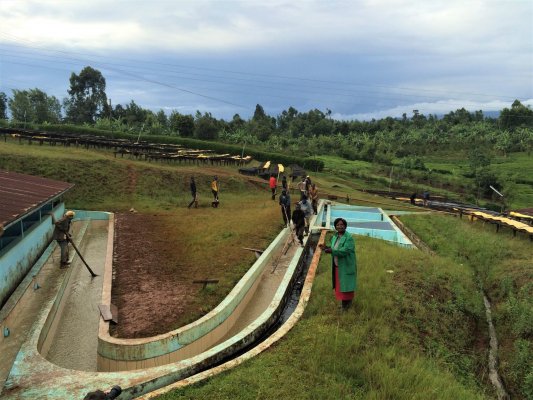 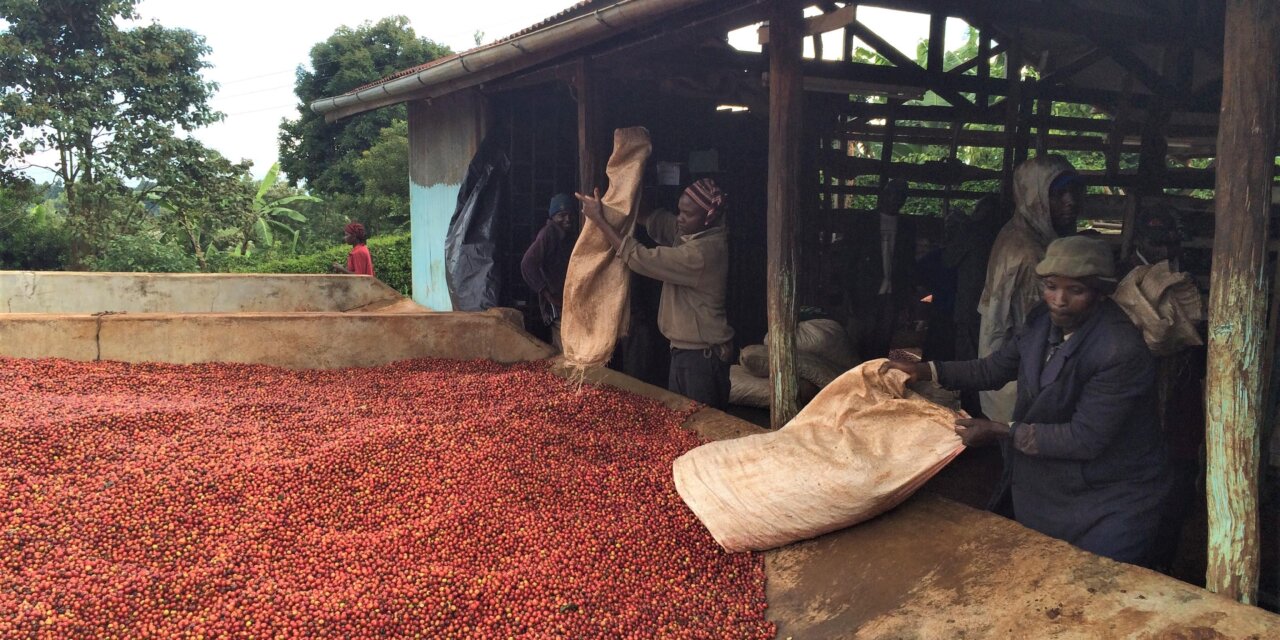 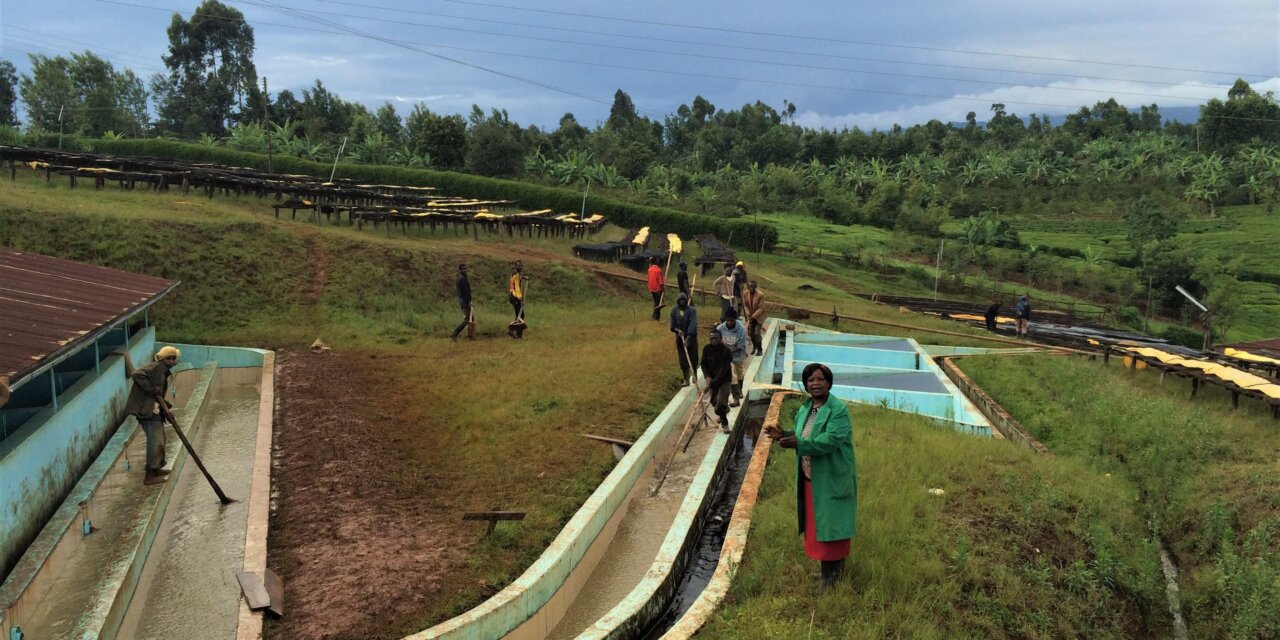 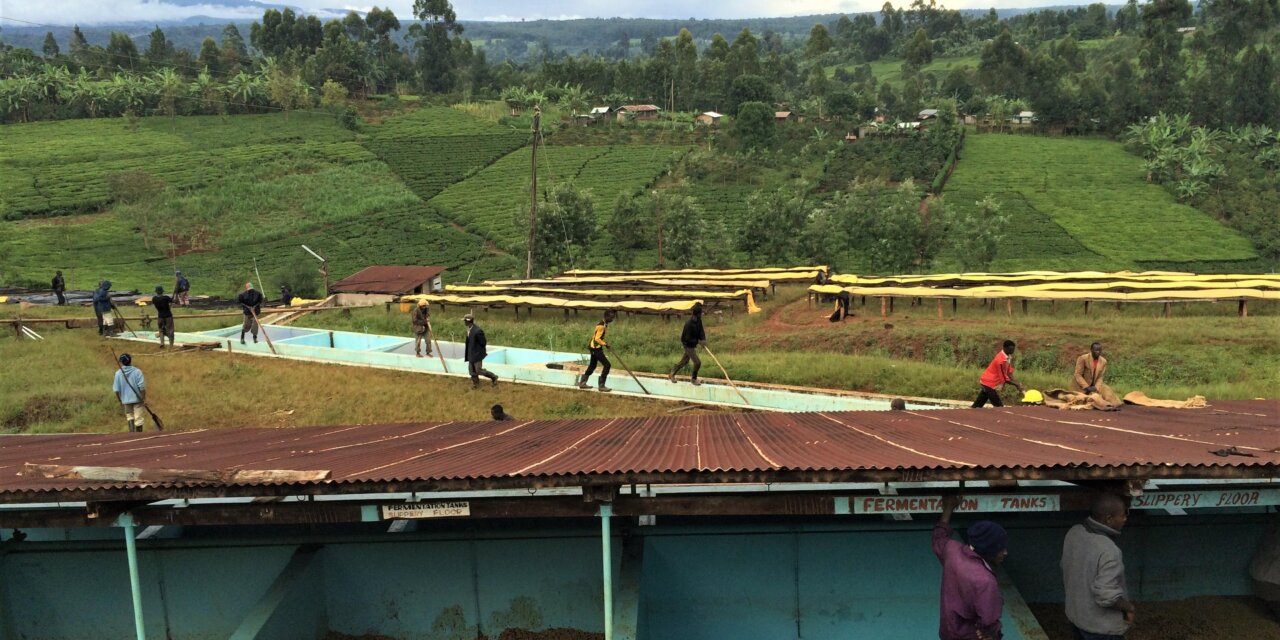 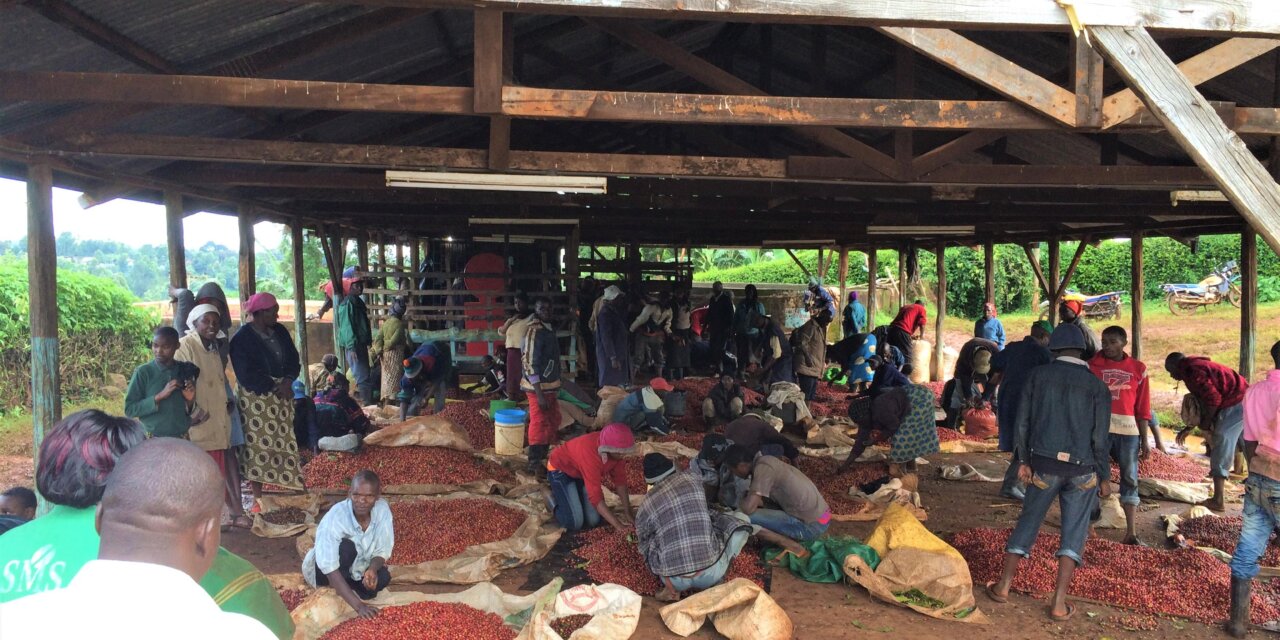 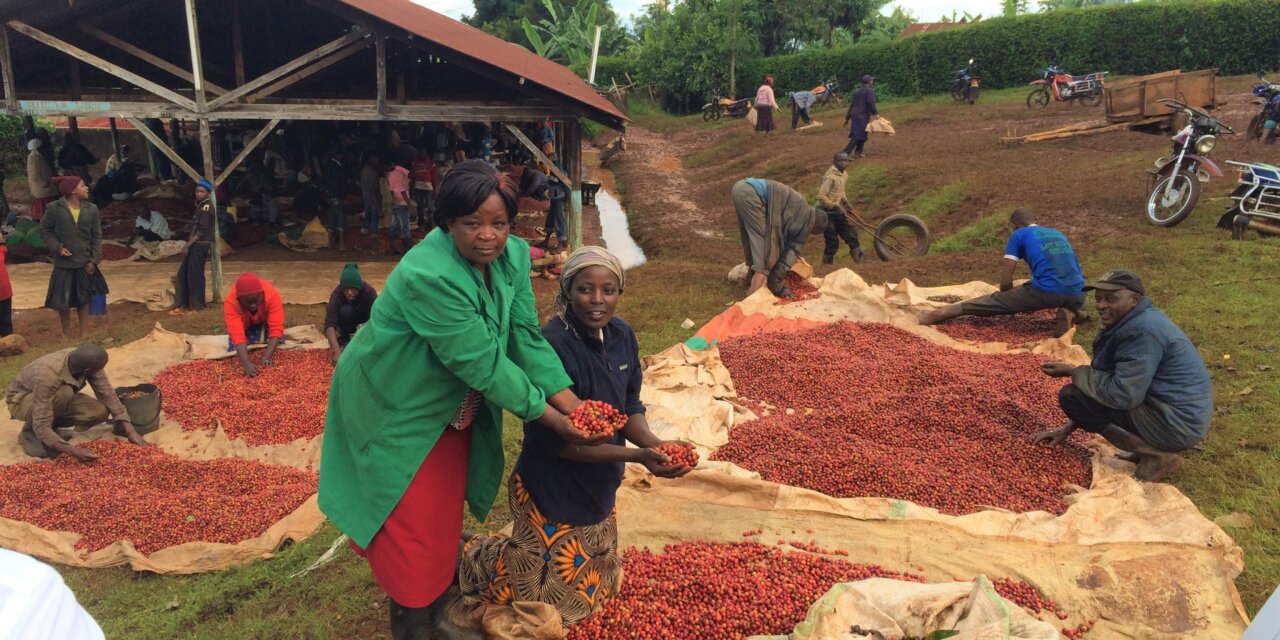 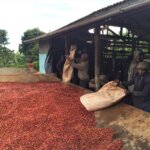 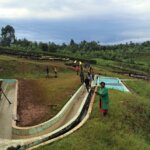 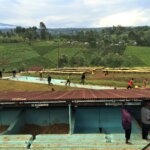 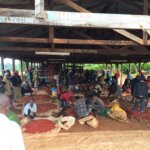 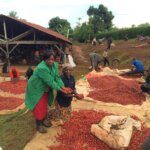 It appears that we find something alluring about the Baragwi Cooperative as we find ourselves returning to many of their factories. This includes Kariru, another coffee Factory from the Barawgi Coop in Kirinyaga.

It is for this reason, the Baragwi Cooperative is becoming one our main suppliers in Kenya. Other familiar names under this coop is: Guama, Karumandi and Gachami. We purchase a good amount of AA’s, AB’s and PB’s from the coop.

Kirinyaga has increasingly become a consistent producer of great coffees. Each lot consists

Each lot consists of coffees from hundreds of smallholders in the local surroundings of the washing station (or factory). They sort the cherries before it goes in to production. The coffees are traditionally processed with dry fermentation before washed and graded in channels and dried on raised beds. The farmers are mainly growing SL28 and SL34, but as with almost all Kenyan Cooperative coffees it can be a mix of everything. Other normal cultivars are K7, Ruiru 11 and now also Batian.

They are supported by Tropical farm management, a company that supports small holders to increase their coffee production, assist in quality control and introduce traceability on processing methods.”

Kariru the factory was named after the famous man they called “Kariru” who was a native of the area. It was opened for coffee processing in1986. It’s on western side of Kirinyaga District in the southern part of famous Mt. Kenya.

Washed with fresh river water and sundried on raised beds

The same water used for pulping multiple times during the day through a recycling process enabling them to significantly reduce water consumption. 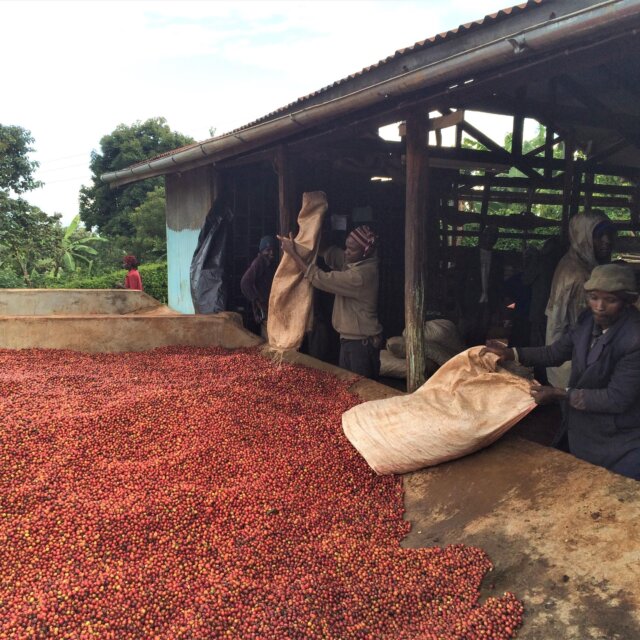 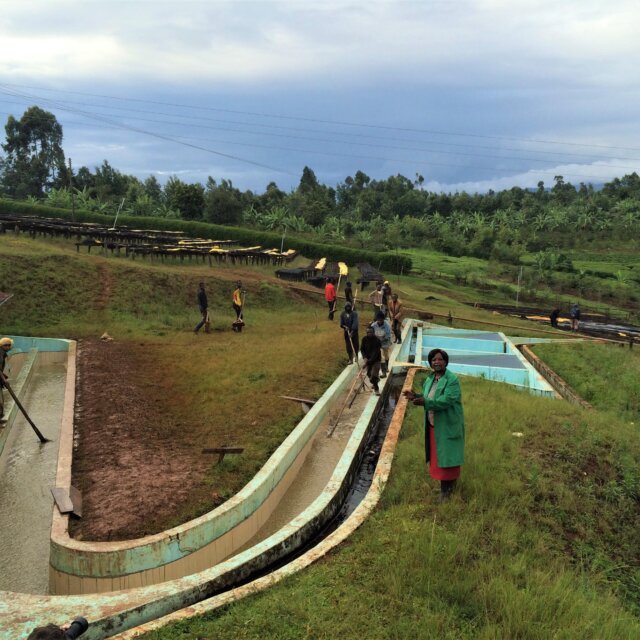 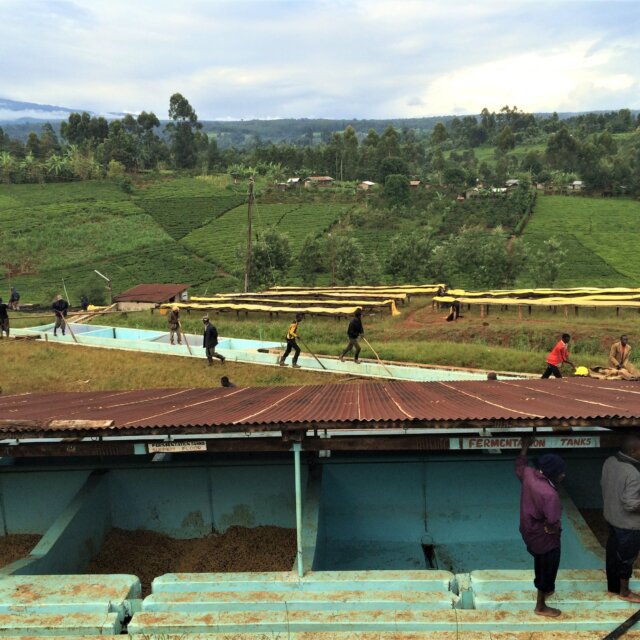 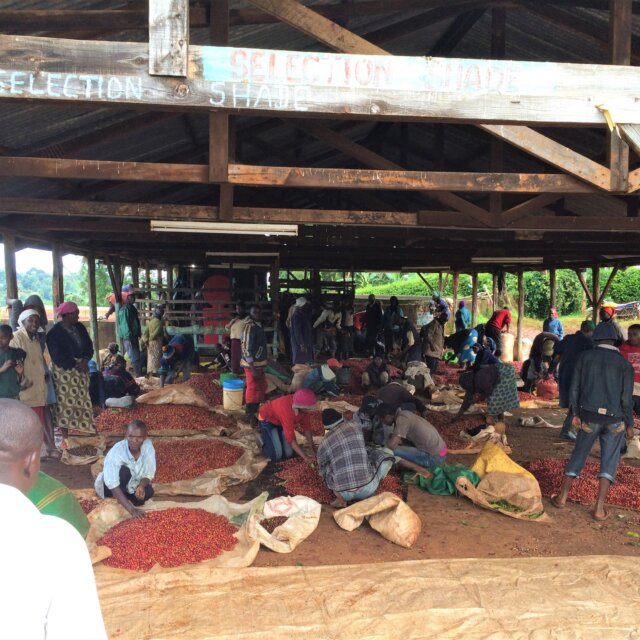 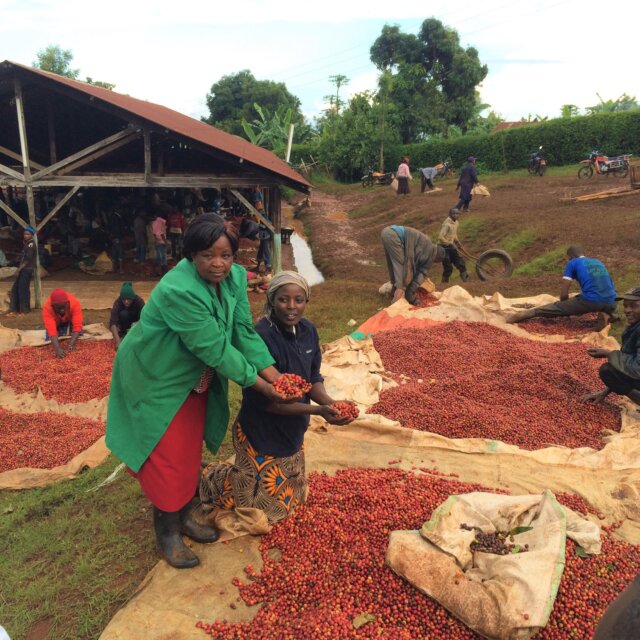