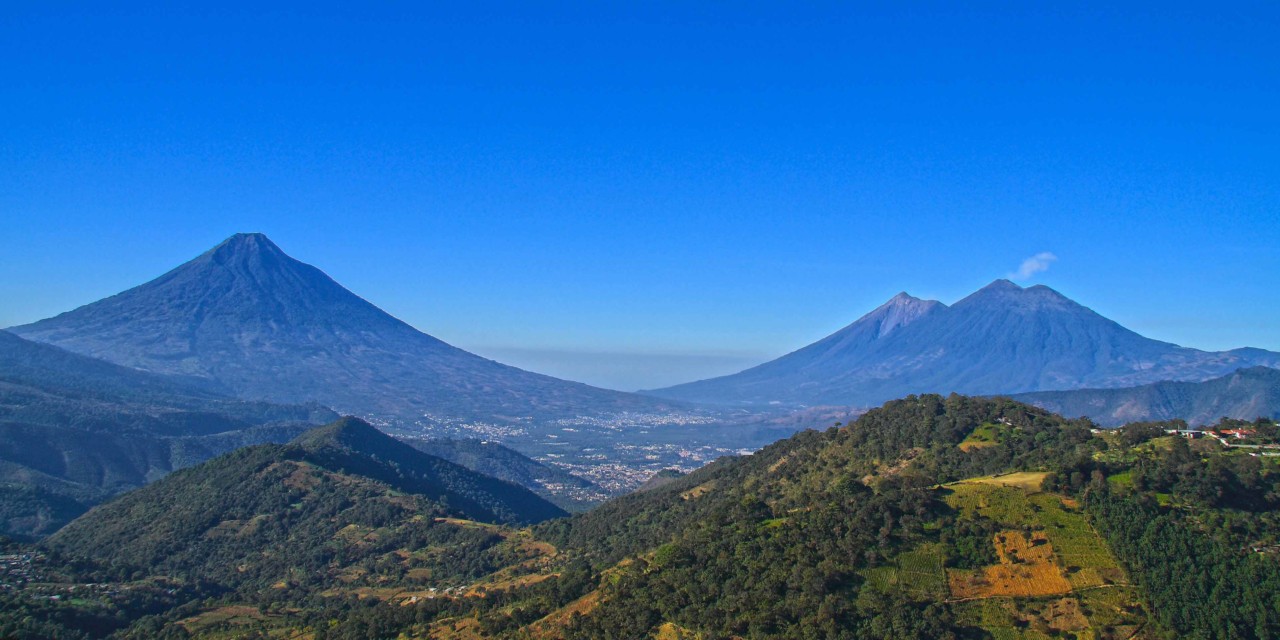 Coffee cultivation has a tradition of more than 140 years in Guatemala, and is, for several decades now, the countries second most important source of income of foreign currency (following tourism).

The coffee production of Guatemala might be comparatively insignificant, but, due to their aromatic qualities, the coffees from Guatemala are among the most coveted origins in the world. The production of specialty coffees in Guatemala is very cost intensive and had decreased dramatically over the last decades due to the falling prices on the world market. But a constantly growing demand for specialty coffees parallel to this development lead to an escalation of the premium for top quality coffees from Guatemala, especially those from the region of Antigua, much to the delight of the local coffee farmers.

InterAmerican Coffee imports the varieties ANTIGUA LOS VOLCANES and ALMOLONGA from its sister company in Guatemala, the export company SERTINSA S. A., which owns “Beneficios” (hulling factories or coffee processing plants) in various notable coffee production regions of the country, among them one directly in Antigua. The peasants sell their crop, either as cherries or as pergaminos to the beneficio for processing. Here, the precious cherries are collocated to bigger lots according to colour, size, and weight after the elaborate procedure of wet processing.

The picturesque town La Antigua Guatemala is a cultural and historic attraction of the country. For more than 233 years, until the devastating earthquake in the year 1773, it has even been the capital of Guatemala. The town is surrounded by three volcanoes, the Agua, Acantenango and the Fuego, which are periodically active and still constitute a serious threat to the inhabitants of the region. The city centre, which was restored after the earthquake, has since escaped urban modernization and in 1979 was declared a World Heritage Site by the United Nations.

Owing to the excellent climatic conditions and the most fertile volcanic soils, varieties of Arabica coffee like “Bourbon” and Catuai” thrive here on heights of 1.500 above sea level.

Among our choice of Guatemalan coffees, the GENIUNE ANTIGUA LOS VOLCANES and ALMOLONGA are by far the best coffees with regards to quality. The taste profile of these coffees is, above all, complex. Time and time again, we are amazed about the variety of flavour nuances that are brought out depending on the roasting grade. The aroma can vary between a light, pleasant citric note, a subtle taste reminding of hazelnuts, and – if roasted more darkly – a taste comparable to plain chocolate. 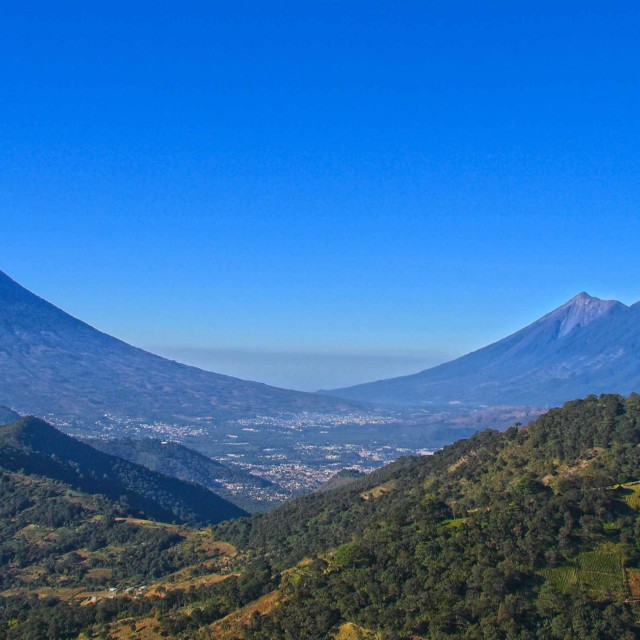