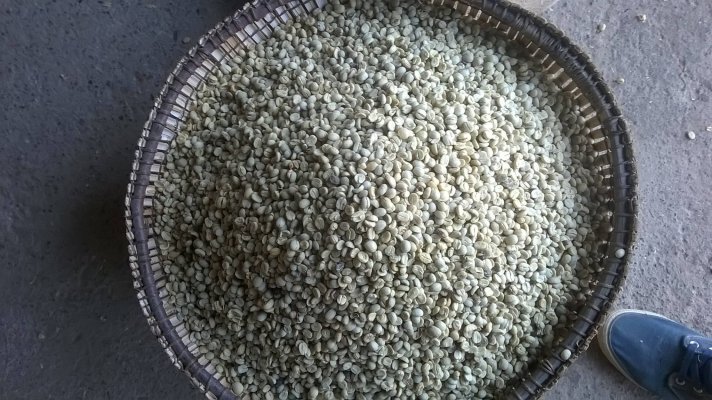 Short to me
My name is Paul Maier, I am “German-Tanzanian” and the chairman of this cooperative. My parents are also coffee farmers in Mbeya. Our farm, the Lunji Estates, is run by my parents. I have been living in Germany for more than 7 years and had the privilege to work and to learn at renowned companies in the specialty coffee industry. Only then I was able to combine the experience from the cultivation with the product chain to the cup.

I have spent the last few years getting a better understanding of the different areas of the coffee business. With this, I want to make the system as optimal as possible in terms of financial and environmental sustainability, which concerns us as a farm or as a community.

It started with a cupping …
In the summer of 2016 we had a visit from Thomas Schweiger, Frederick Kiens and Torsten Mohr from Germany at the Lunji Estates. I had previously worked for three years with Thomas Schweiger in the “Green & Bean” and learned many valuable basics of coffee in the cup.

I wanted to share this knowledge with our neighbors. So we invited surrounding coffee farmers to a cupping on our farm. Three of the farmers brought samples of their green coffee a week before, so we could roast them and they were fully developed to the tasting.

Tuesday, the 8th of August, was the day. We gathered in the garden with my parents and tasted coffee from farmers and coffee from other countries. It was an exciting action. Many of the farmers did not even have their own coffee until then, because Tanzania is a classic coffee exporting country, the tea culture dominates even among coffee farmers. Everyone was enthusiastic about the diversity of the coffee.

Many expressed a desire to make more of their coffee, to produce better quality and to get better prices. It quickly became clear that the individual farmers had to band together in order to get a significant amount together and sell the coffee more directly and better. It also went well with political consensus in the country as the government encouraged smaller farmers to band together.

Our guests traveled back to Germany, we held several meetings in the following weeks, where we forged the foundations of the cooperative. I was elected chairman to give the group a face and a voice – an uplifting position for me. We forged the constitution, defined our rules and defined our goals.

We do not just want to produce and sell coffee, we want to be known for good coffee. Our name or our coffee should stand for quality.

“Every beginning is difficult …”
It was the same with registering the group. We had to drive several times to get stamps and signatures from officials, who were in the breakfast break between 9:00 – 12:00, before going to lunch and after work. We had enough empty runs – whole days went on it and many nerves.

After several months we finally had everything together. We had a bank account, tax code and were registered with the regional administration.

The first harvest …
In September of this year, it was time for us to collect the coffee and bring it to the processing mill. The members diligently harvested their coffee, washed and dried it at home before delivering it to the camp on our farm. It was the only place where coffee could be safely and transparently weighed and stored.

We set three dates to collect. This way every farmer could flexibly bring in his harvest. Each time we ladder had to pour the coffee around, check, weigh and put in bags. We moved just under 14 tons of Parchment coffee that way. Since we were short of cash, we did not hire anyone, but made everything ourselves.

We also had deliveries that did not meet our requirements and which we did not accept. A member had to dry the coffee again in front of the hall in the sun.

In general, I was overwhelmed by the farmers’ trust in this new group. They were hoping for fair prices and transparency when dealing with money and their coffee.

The collection was completed at the end of September, we rented a small truck, which drove our goods now to 25km distant mill.

“It’s hard to start in the beginning – sometimes a little harder in Tanzania …”
In the country there was a Sisalknappheit, the mill did not have enough bags to work, the machines stood still, the trucks were queuing, which is why the processing delayed.

Towards the end of October, it was our turn, our coffee finally ran through the plant, was peeled and sorted.

The sale
In the meantime, I had enough time to find interested buyers who want to pay fairly. I sent samples from A to B and corresponded with the companies, subsidiaries, Enkelfirmen etc. From Liverpool to Hamburg our beans were distributed and tasted.

The coffee price was meanwhile deep in the cellar. At the end of October, it was only $ 2.45 / kg. That was far from the needs of the members. In addition, the harvest year was not a good one, because it had not rained enough this season, so many farmers had less coffee, more costs and needed urgently a good price. It was hard to convince traders to buy our coffee for more than $ 3 / kg at the auction. We were absolutely new to the market, no one knew us, the dealers did not know yet, where they could sell our coffee. So our coffee went to the auction without success the first time. The tension rose. Now the rain had started, the farmers had to invest in the fields and have until the end of November still get no money for the coffee.

I am deeply relieved and pleased to report that we were able to sell the coffee on the 7th of December. After a long period of correspondence, tasting and bargaining, InterAmerican Coffee Hamburg has now taken our coffee. Special thanks to Inacio Teixeira, the company’s CEO. Through the acquaintance of our farm, we were able to communicate efficiently and pleasantly with each other and agree on price and quantity. Big thanks also go to Thomas Schweiger from “Green & Bean” and Wolfgang Helmreich from “Vits der Kaffee”, who made it possible for us to get a good price and our coffee is now on its way to Germany.

I am looking forward to enjoying the first cup of our coffee anywhere in Germany and making this, our coffee, public in this country. I’m really excited about what next year will bring. The flowering was good, it is raining well, everyone is optimistic.

Clarifies:
If the members had sold as usual to the local dealer at the village level, then they would have got for the kilo of coffee converted at the most about $ 1.70 / kg. As we went directly to the auction with the coffee, we were entitled to the world market price of $ 2.45 / kg. But we also had considerably more costs, because we had to transport the coffee, had to pay the sorting costs and also have to pay taxes. So even this price was too low, because the effort would not have been worth it. Now, because of the good quality, we have been able to sell the coffee for an average of $ 3.40 / kg.

Even after deduction of the total costs, the members of the group receive about 0.60 $ more per kilo of parchment coffee than anywhere else.

For example, Amani Sigavenga has delivered 2.1 tonnes of coffee. For him, this means an additional earnings of $ 1260. But it was also worth it for the smaller farmers, because even with a small amount, they got $ 50-200 more. That’s more than the monthly salary of many people in Tanzania.

The vision:
We have big plans. In order to maintain and improve quality in the future, we want to collect the coffee as cherries and process it centrally. For this we want to buy a plot and build a washing station. For all the work we will have to buy various machines and a small truck. The vision is to have different preparation methods, to grow and distribute seedlings, to hold trainings and, if necessary, to roast some of our coffee locally.

Until then we want to produce a high-quality coffee through good professional practice, convince other coffee farmers of our quality principle and grow healthy step by step. 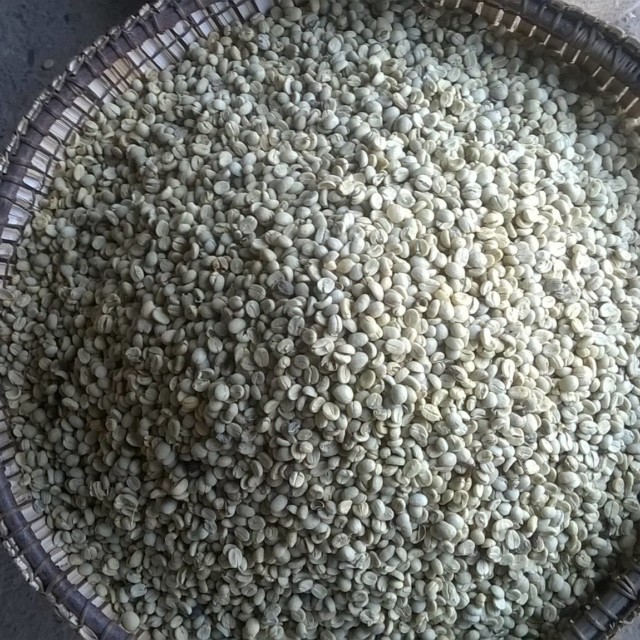