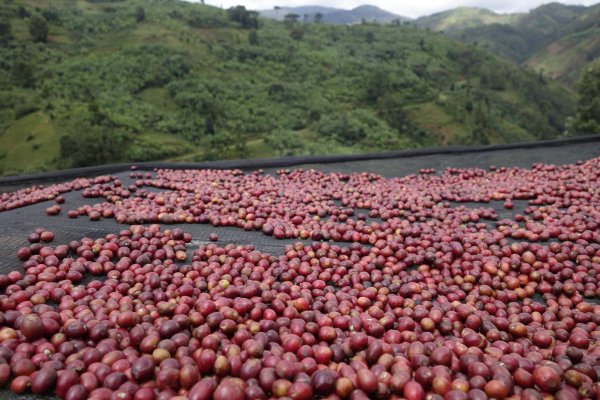 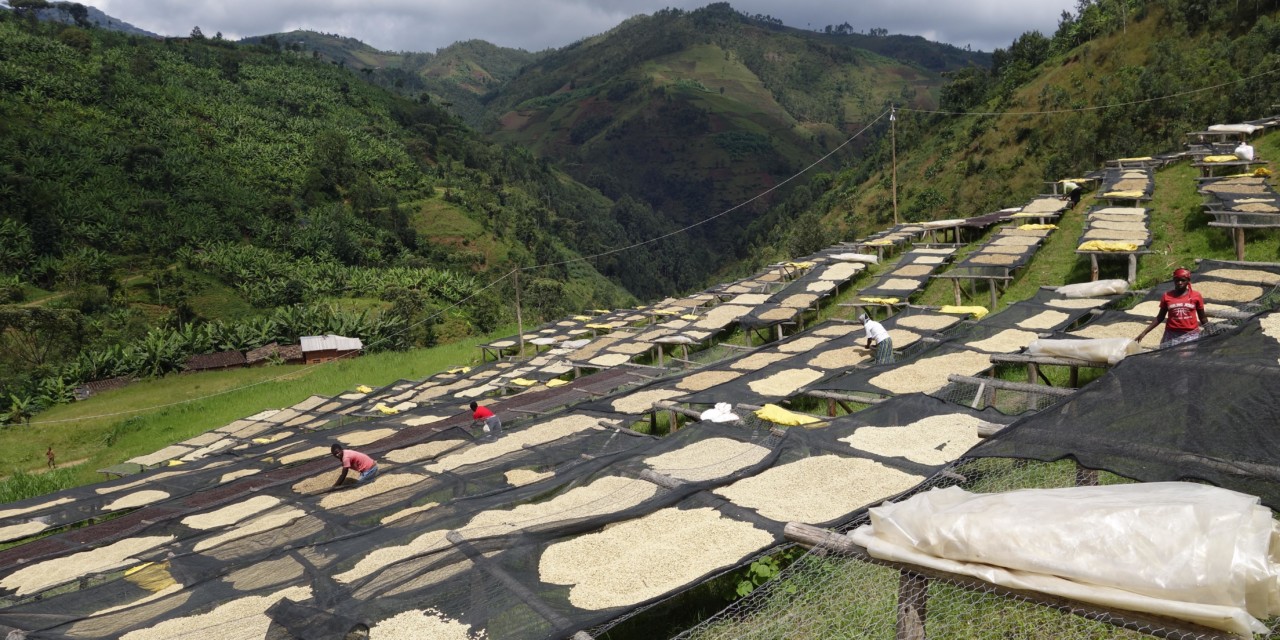 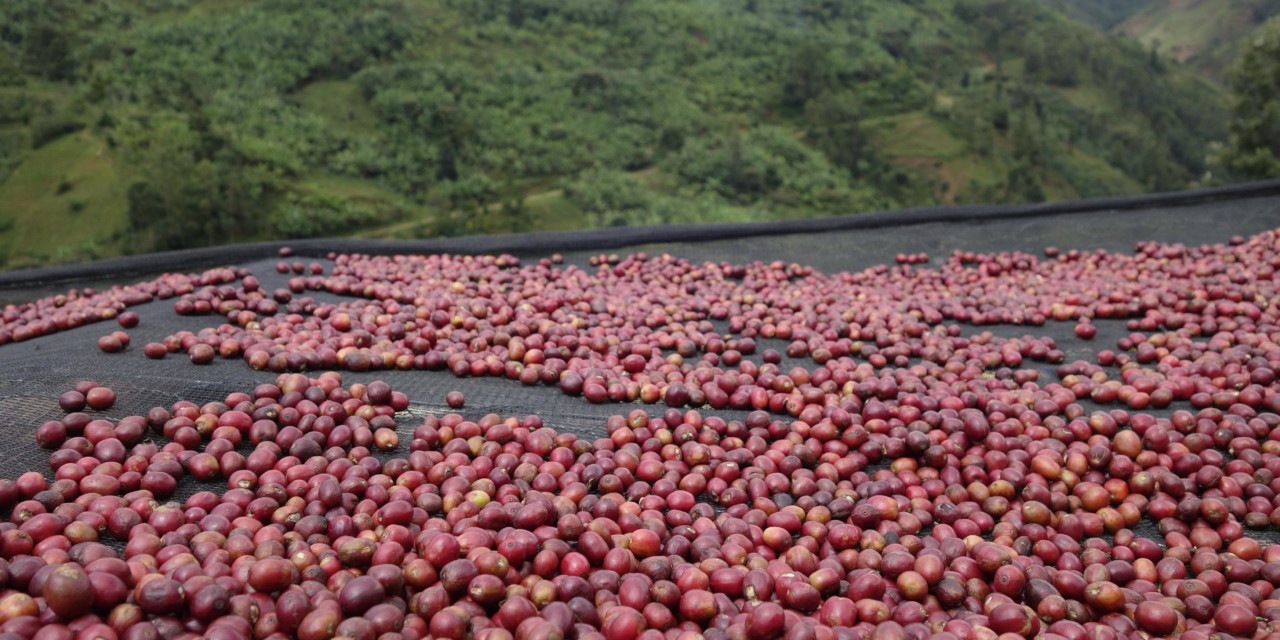 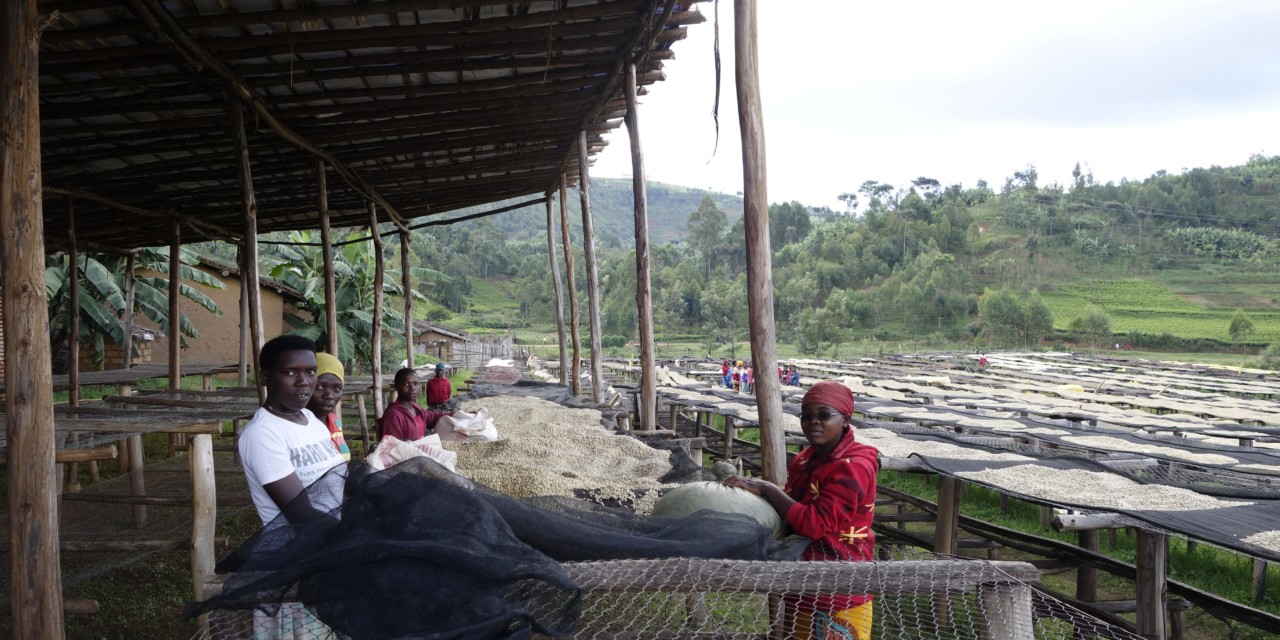 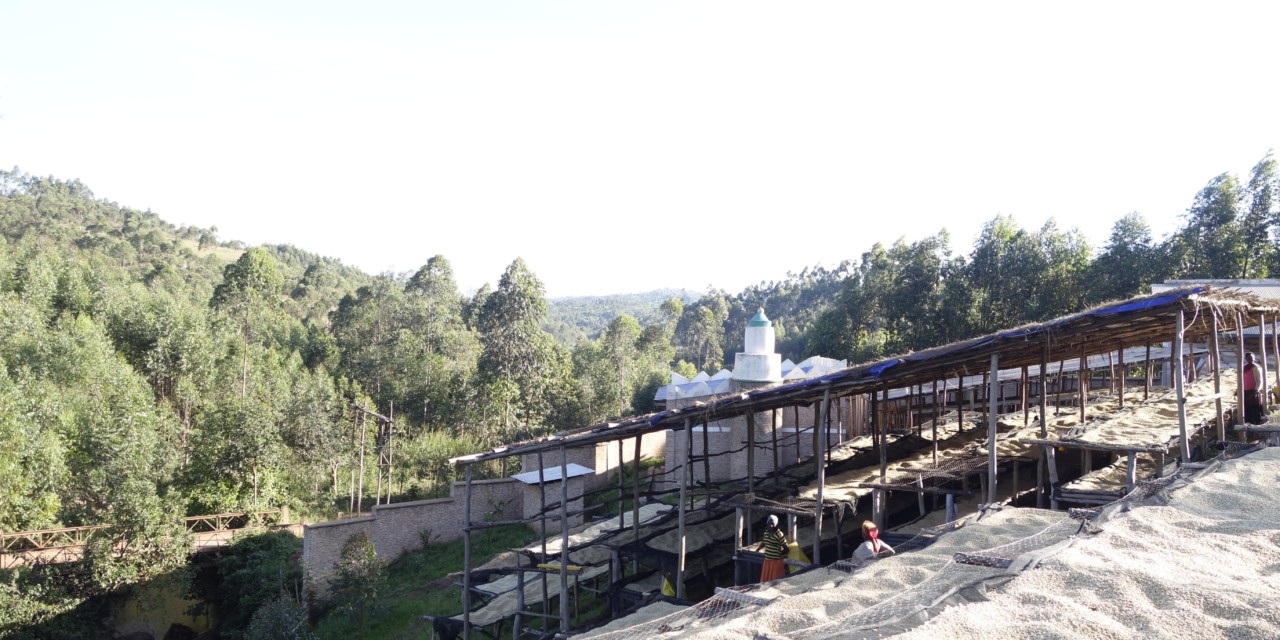 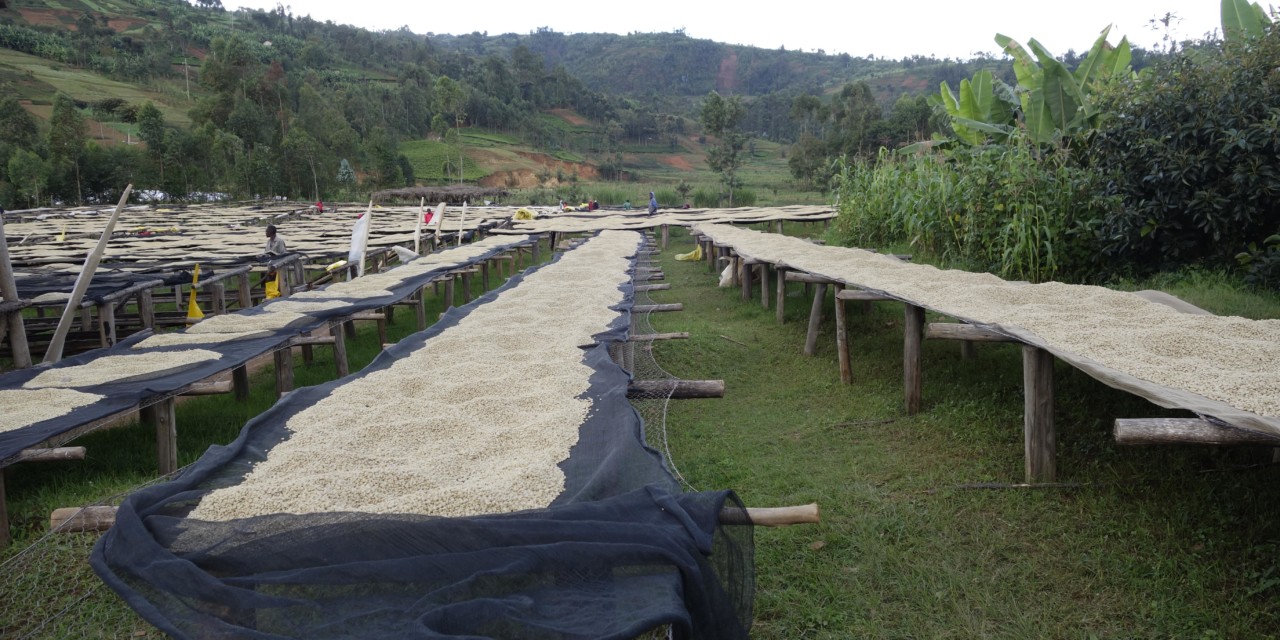 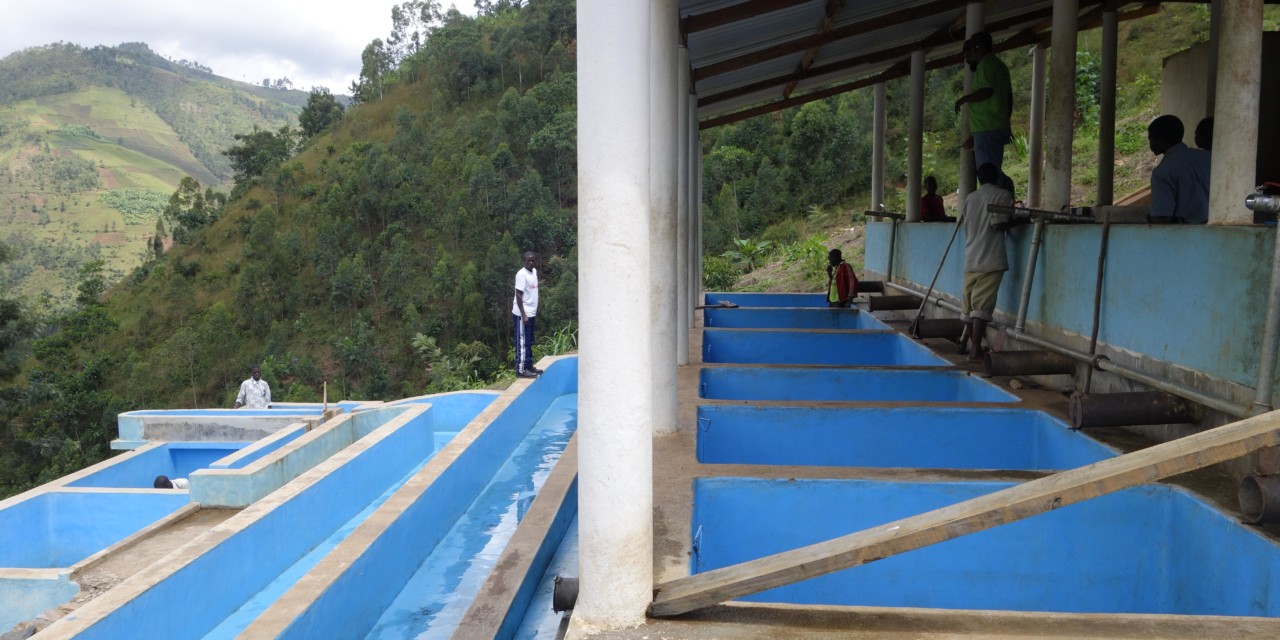 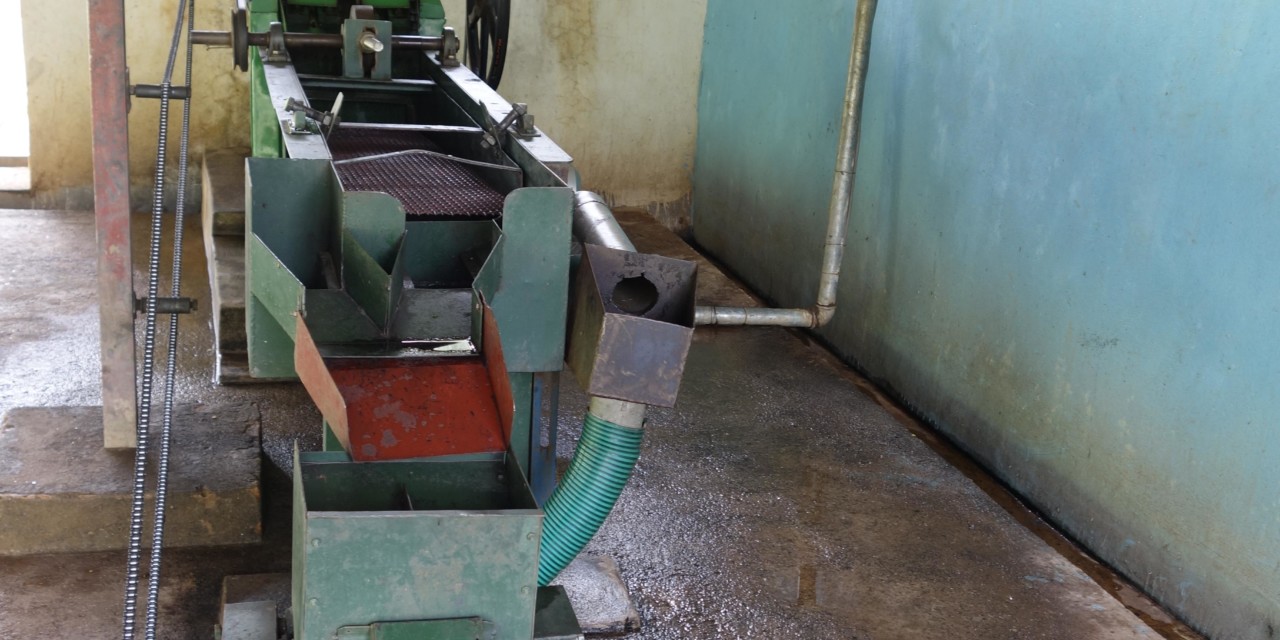 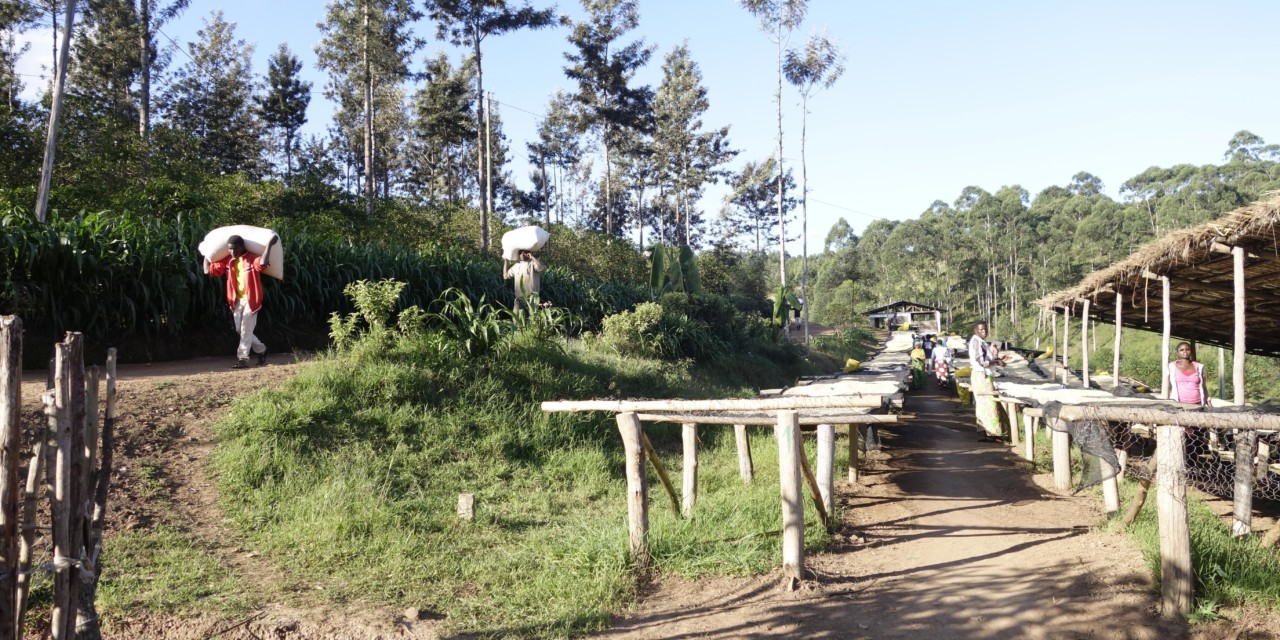 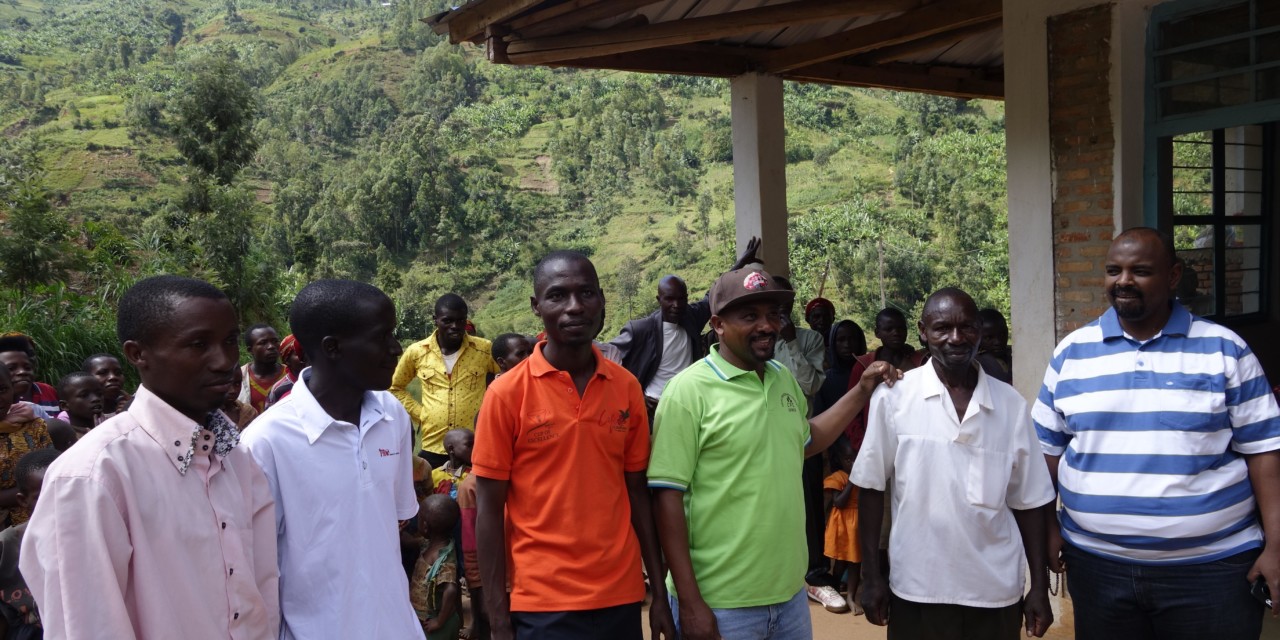 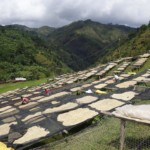 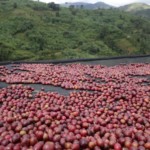 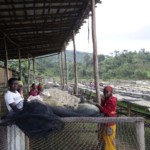 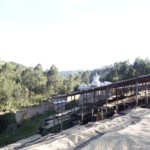 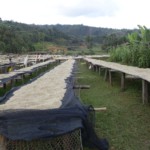 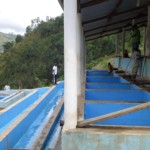 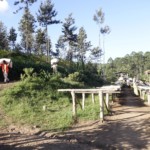 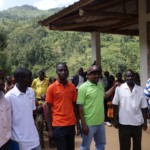 This is a mixed lot of all the peaberries taken out natural lots we are getting in from the washing stations Buziraguhindwa, Mbirizi, Sehe and Shembati.

The coffee is fully washed and is all from altitudes of 1700 masl and up.

In Kirundi Akeza means “the best” and Karigura, “promotes itself”.

We work very closely with the producer Salum Ramadhan in Burundi. He’s having 4 different washing stations in and around the Kayanza province.

One of the things we have noticed when we do our selection of his great coffees is that there is a lot of great coffees going to “waste” in the milling process.

Meaning when he is milling our “micro” lot by screen size 15 and up for our regular export, the screen 14 and 15 and the peaberries are sold at a really low price as undergrades.

Not because they are bad coffees, but because there is traditionally no one thats buying these screen sizes as specialty. Even if they taste great. So we are basically mixing the lower screen sizes from all our premium lots, mix them together and buy them at a lower premium.

The result is great, they are both cupping well and are extremely well priced for what you get in the cup. It’s also great for the producer as he will get additional premiums for all the hard work he is putting in to he’s production of specialty. Before the cherries goes in to production they are selected and sorted by density and hand sorting.

This coffee is processed as a natural. They have gotten really good experience with their naturals the past few years. And its been improved a lot.

The cherries are soaked in water to remove all floaters. They spread it out in a single layer about the first 2 days while they are sorting out immature, deceased and overripe cherries.

Its also to get it dried faster in the beginning of the drying cycle as that seems to create a cleaner and brighter profile in their environment.

After the 2 – 3 first days they slowly build up the layers, and are moving and turning the cherries on the table multiple times per day.

Salum has a premium program for the smallholder farmers delivering cherries to the washing stations. This year he pays 100 Burundian Francs pr kg above the minimum cherry prices and another 50 Francs pr kg when the coffees are sold.

He also has nurseries to give seedlings to the farmers as well as help them with compost based on e.g. pulp from the washing station, and have some programs with animal dung when processed gives the farmers the ability to take extra care of their plants in the next years.

In Kirundi Akeza means “the best” and Karigura, “promotes itself”.

This is a mixed lot of all the peaberries taken out natural lots we are getting in from the washing stations Buziraguhindwa, Mbirizi, Sehe and Shembati.

We have given this name to the coffees that are a mix of Salums different washing stations, Buziraguhindwa, Mbirizi, Shembati and Sehe. The three first ones is located in Kayanza province, and Sehe is in the naboring procince Shibitoke. They are all located in altitudes from 1700 masl and coffees are harvested up to above 2000 masl.

Out of the four washing stations owned by Salum Buziraguhindwa was the first one. Our history with Salum dates back to 2011, when the washing station was new, and the relationship has worked out great since then. He’s extremely detail oriented, spends a lot of time to train local staff and have a great loyal work force. He’s also having a transport business and are through that managing the domestic coffee logistics well for us. This means that we are always getting our coffees out quickly while they are still fresh.

The protocols and operations is the same for all four washing stations, no matter if they produces washed, honeys or naturals. Initially the coffees are basically all selected daily lots, named by the local area or Collin (hill) where the cherries are purchased. But in some cases and for some products we mix lots across the different washing stations.

Farms in Burundi is small, often below one hectar each with some hundred trees. This means that a daily lot of e.g. 25 bags of greens can consist of coffee from some hundred growers. They generally collect cherries from a range of areas with different altitudes, growing conditions etc, and the flavor range is pretty wide spread according to that.

At the washing stations they are systematically separating the coffees based on where they are grown, and by the date of processing. Post harvest we are cupping through some hundred samples to select the ones we find outstanding. After that we might make selections where we mix the coffees our selves.

He’s also paying premiums to the smallholders, is producing and giving them premiums, investing in social and environmental projects such as education in the local areas, ponds for waste water etc.

The main harvest will normally start very slowly in March, peak around May (depending on altitude and weather) and end in July. The family members on the small farms are working the land, picking the coffee cherries themselves in the afternoon or on Saturdays. They will then either deliver the cherries to Buziraguhindwa washingstation by foot or bicycle, or to the closest collection points where Salum will have he’s site collector, meaning a representative from Buziraguhindwa washingstation. They are strategically placed in remote areas to buy cherries. The farmers are free to deliver their cherries to anyone offering the highest price. And the competition in this area can be hard. Salum and he’s collectors will communicate with the local farmers on selective picking and sorting. To attract farmers with the best qualities they are constantly paying premiums above the market prices to improve the product.

Bringing in cherries from the different collection points is expensive as the cost of transport in Burundi is high. Still, it has been good for quality as he have well trained staff, good capacity and infra structure to produce micro lots.

Buziraguhindwa washing stations have strict routines for cherry reception. The coffees are sorted by the farmers at the receiving stations on raised tables, or they even have small flotation tank system for each farmer at delivery. They also have workers dedicated to sort out un ripe and over ripe coffees for their special preparation of micro lots. The pre production flotation process is to first put the cherries in water tanks. They will then skim off the floaters and give it back to the farmer before the coffees are hand sorted to separate out unripe/half-ripe. 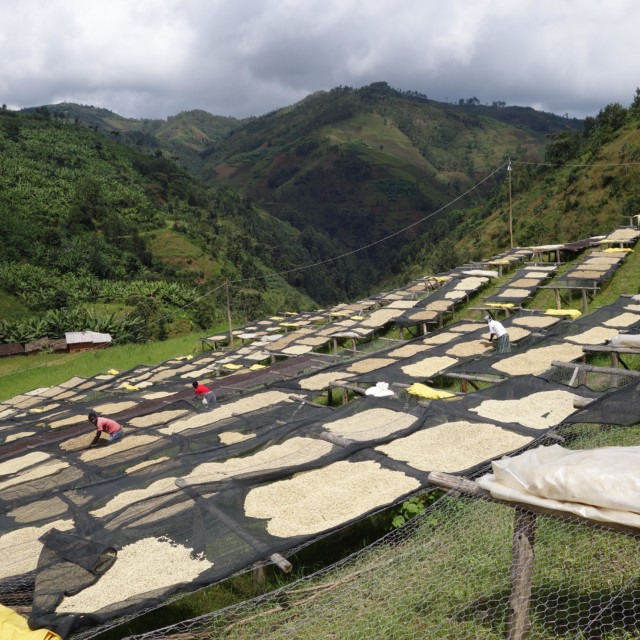 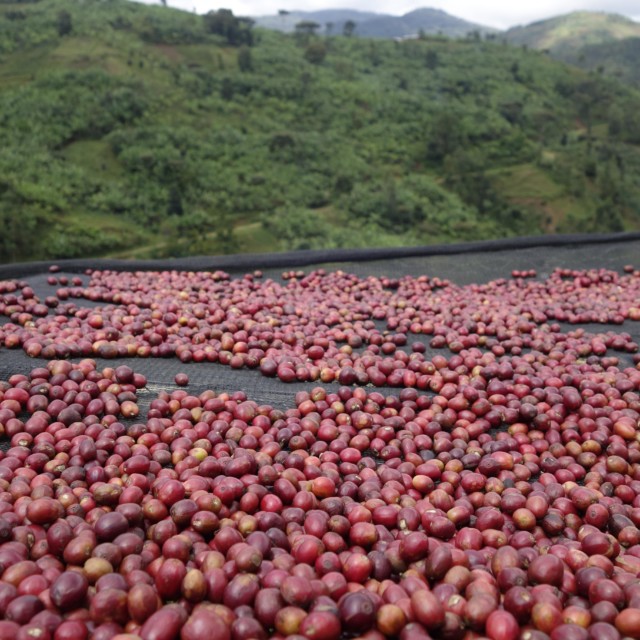 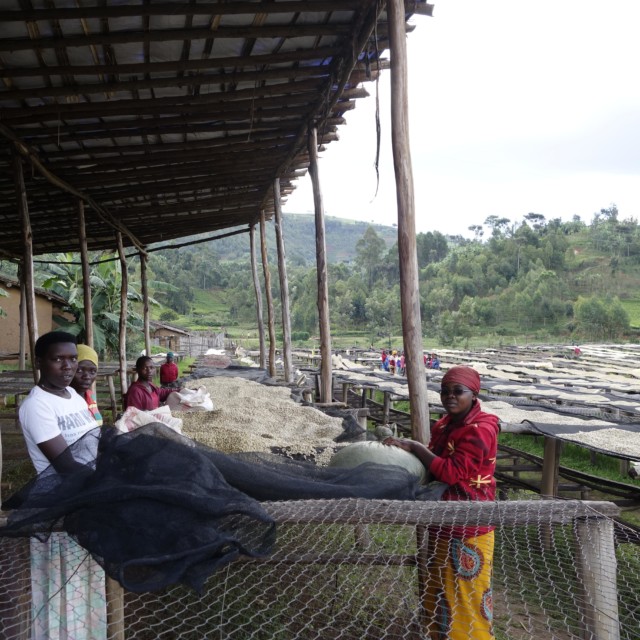 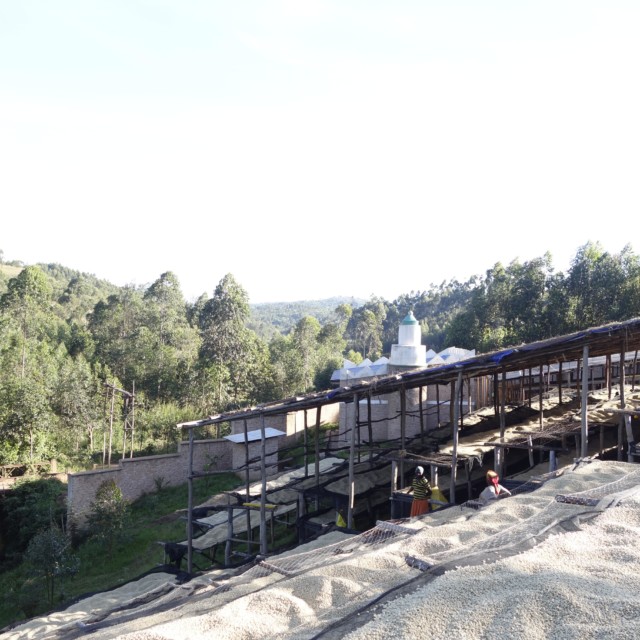 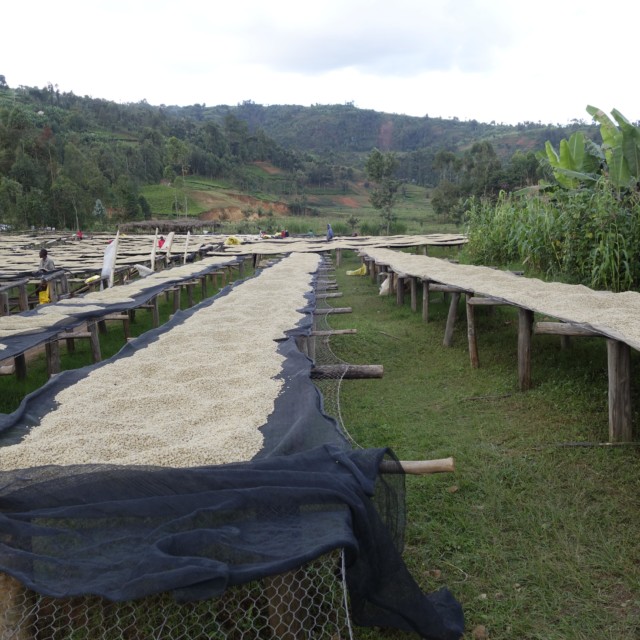 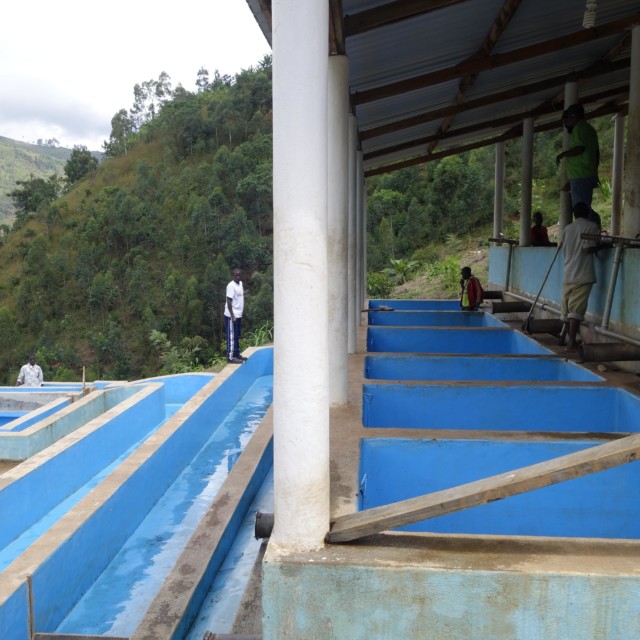 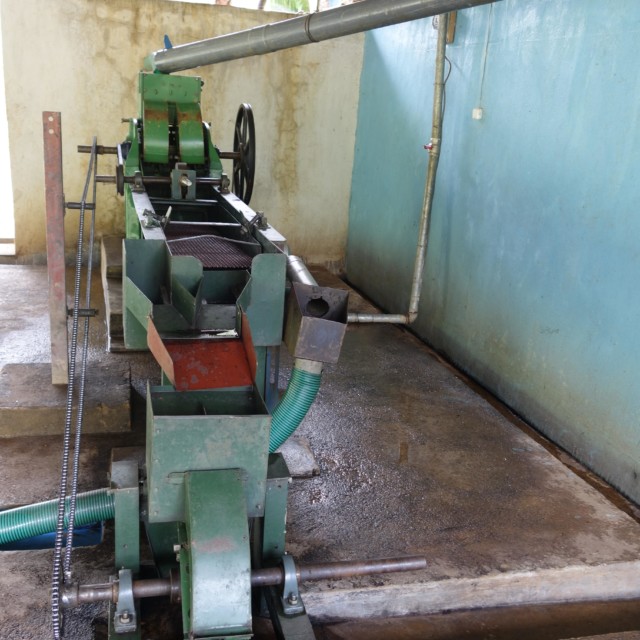 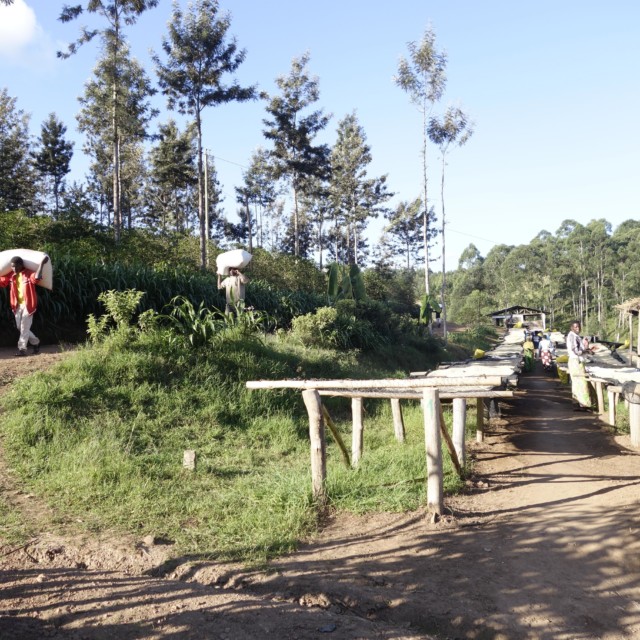 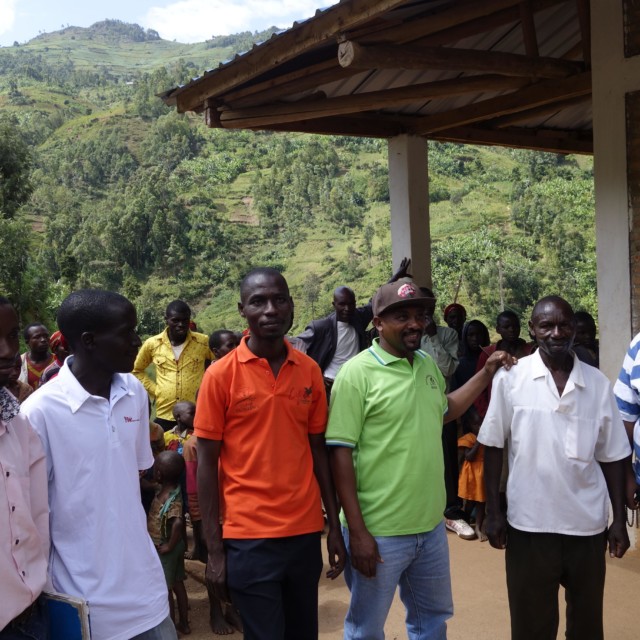