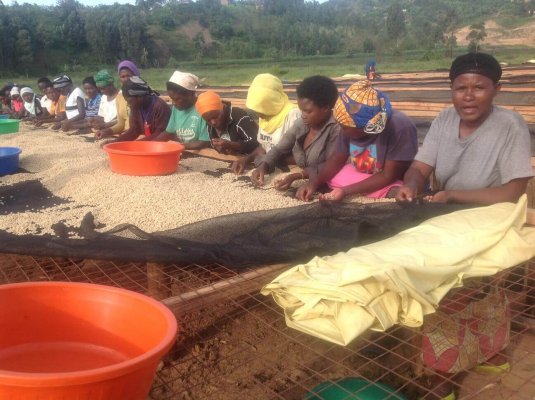 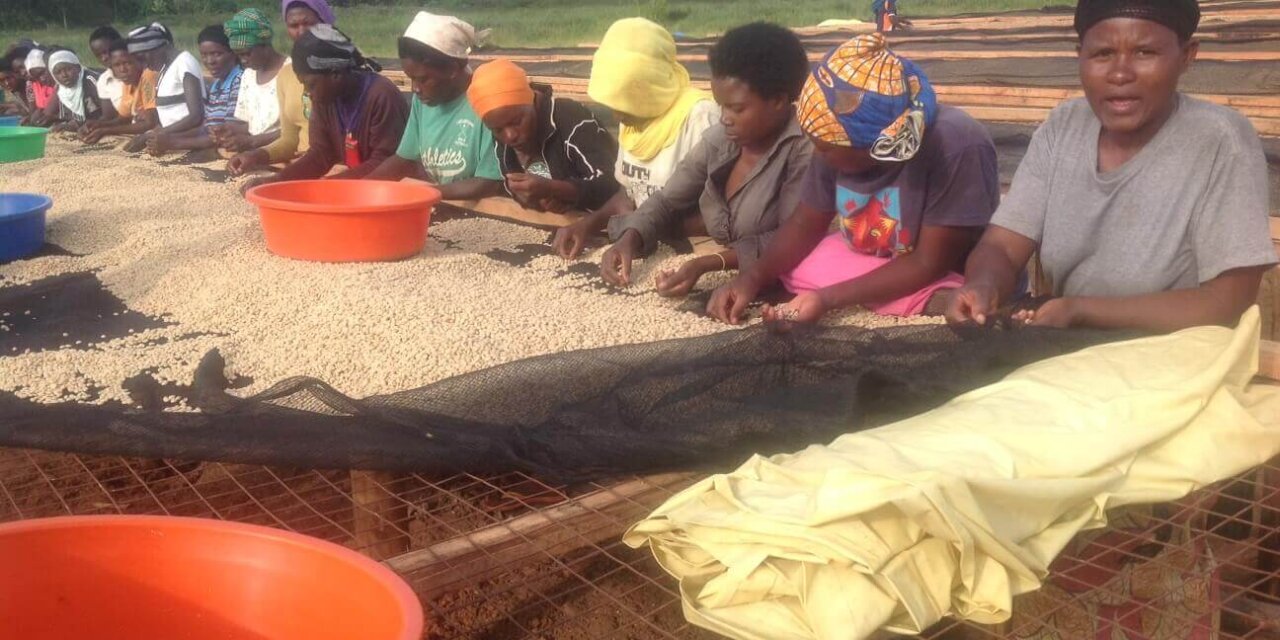 Rwanda is blessed with ideal coffee growing conditions that include high altitude, regular rainfall, volcanic soils with good organic structure and an abundance of Bourbon. The vast majority of Rwandan coffee is produced by smallholders of which there are thought to be around half a million with parcels of land often not much larger than just one hectare per family. Coffee is grown in most parts of the country, with particularly large concentrations along Lake Kivu and in the southern province. Rwandan smallholders organise themselves into cooperatives and share the services of centralised wet-mills – or washing stations as they are known locally. Flowering takes place between September and October and the harvest runs from March to July, with shipments starting in August through DecemberKirambo coffee washing station sits on a hill with landstretching to the shores of lake Kivu. The station constructed in 2008, for many years it was not operating in stability because the owner did not have financing for
working capital, and the station was rented out to different people every year. For allthose years, farmers lacked a consistent partner who would support them beyond buying coffee cherries. RTC purchased Kiramboin 2017, and operated it for the first time this season of 2018. This year alone, all farmers are being registered to enroll in RTC’s
farmer impact programs and training for certification. The quality of the coffee and the openness of the coffee farmers atKirambo have allowed RTC to produce high cupping fully washed and natural coffee at Kirambo. Cherries delivered to the Kirambo station and then floated and separated to remove any defective cherries. The coffee is then placed on the raised African beds at about 2cm of thickness where it is dried for up to 30 days with regular turning each hour and covering during at night time. 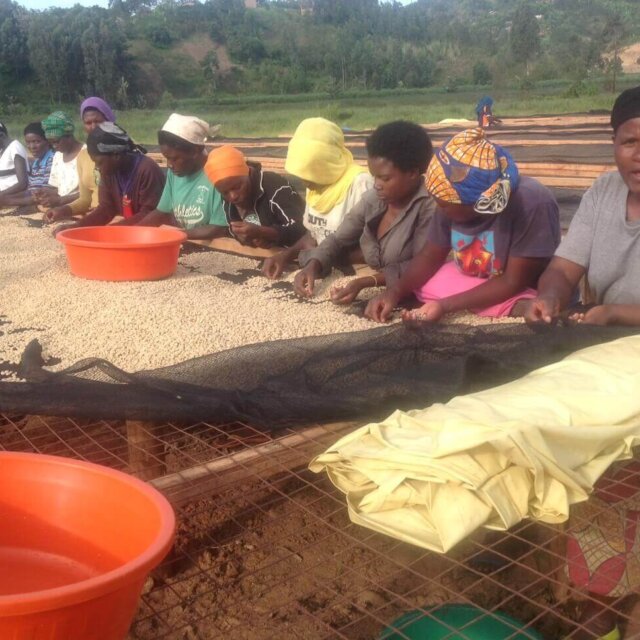