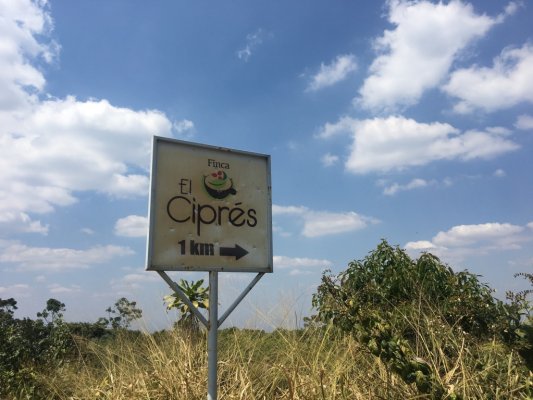 EL Cipres EstateLocated on the North slopes of the Picacho Volcano in the Bálsamo-Quezaltepec coffee region, in the municipality of Nejapa, Department of San Salvador. The estate has been in the family since 1880 after being bought by Dr. Emilio Alvarez Lalinde when the family migrated to El Salvador from Colombia bringing with them an ancestry & knowledge in coffee production. The Estate is now run by the Alvares Gallardo family who took over in 1992 bringing a new passion and dedication to the farm working hard to achieve RFA certification as well as improving all aspects of the estate.The estate is made up of 90 Hectares of coffee producing land and 5 hectares of natural forest allowing the wildlife to flourish. Starting at 1070 masl the farm is a long thin strip which climbs up to 1800 masl producing 3000 bags annually. The Estate has also re introduced the old practice of agobia cutting and growing which has significantly helped to improve yield where the trees are bent over and tied to the ground to keep producing whilst new shoots grow vertically.There is a strong family and social aspect to the El Cipres Estate as well as being RFA certified the Family works hard to ensure all workers are treated with respect and dignity. There is a permanent staff who live on the farm whose food is subsidized all year round. In the houses they have also provided new efficient reduced smoke cooking stoves as well using a volcanic stones as a filter of waste water to reduce pollutants reaching the soils. During the picking season the workers also receive meals & coffee each day as well as a nutritional drink every other day to help promote worker health. The farm also supports the local school which neighbours the farm subsiding the teaching assistant at the school. They have also helped with the supply of a computer and as well as provide sporting clothes for the games classes.El PepetonIt is the parcel of land of 7 Hectares (10 Manzanas) sat between 1350-1500 masl situated just above the central region of the estate. The coffee is picked and separated before it is delivered to the El Borbollon mill located in Santa Ana where it is pulped on arrival, the cherries are emptied into tanks and water is used to move the cherries up a pump and into a depulper to remove the skin of the cherry from the beans. The beans are then moved in channels to fermentation tanks where they will rest for 13 to 15 hours and naturally present bacteria and microbes break down the sugars and alcohols in the mucilage of the bean. They are then washed again before being transported to the drying patio where they are then dried for a period of 8-10 days. 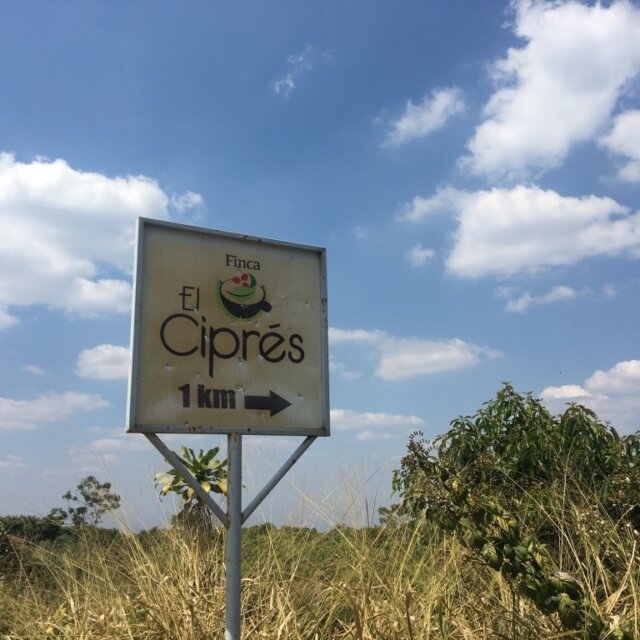