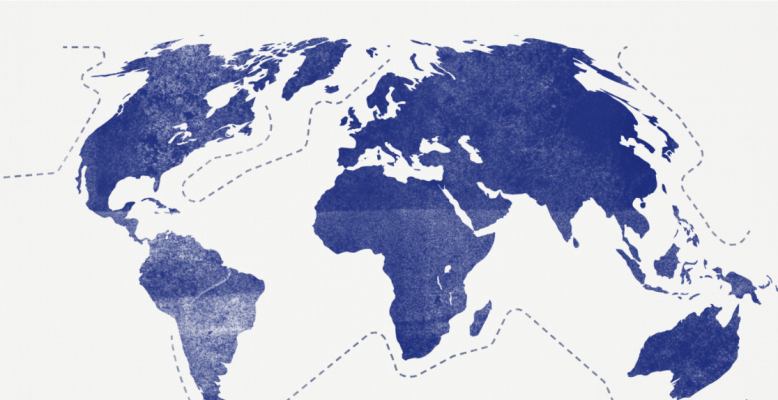 Price Paid to Pickers: 80 cents USD per KG of cherries

When a farm and its owner have a reputation and following like Finca Elida and Wilford Lamastus, it’s almost impossible to ‘stock’ such coffees. Instead, the few coveted lots we receive from Elida each season are booked by roasters who send in their requests early in the harvest season.

The estate is one of the highest located coffee plantations within Panama and coffee is shade grown in rich volcanic soils. More than half the estate is surrounded by private forest reserve and Volcan national park, home to many native species of plants and birds (over 200 species). Shrubs receive fungicide and hand-applied chemical fertilizer 2-3 times a year, and no herbicides are used.

Robert first met Wilford and his family 10 years ago when he was hunting (as he usually is) for unique coffees produced by people who possess that magic combination of ambition, merit and a long-term vision. The Lamastus family met all of these criteria in spades.

Wilford is a third-generation producer, selfidentified as a ”born coffee farmer.” He
fondly remembers using the trees planted in between the coffee on the family’s 1.5
hectare plantation as a playground, along with his four brothers. Coffee is and always has been his life’s calling and the tradition only continues with his son who is currently learning the family’s trade in pursuit of his own career as a coffee producer.
What sets the Lamastus family apart is their vision of Elida’s niche within what we like to call high-end specialty coffee. In Wilford’s words, “the super-specialty coffee industry is dynamic, challenging, competitive, innovative, there are always new players doing something new in thousands of super-specialty coffee farms around the world to improve quality.

Therefore, every year we do something new in the mill and the farm to improve quality.”

To remain atop this field, the Lamastus family invests in research in processing techniques, particularly in drying and resting methods, such as the ideal drying periods and storage facilities for parchment. Since the Panamanian coffee sector does not fund a research program or lab like many other countries, the Lamastus
family, their neighbors and colleagues belonging to the Specialty Coffee Association of Panama (SCAP) are constantly working together, discussing methods and new
projects. There is a good sense of community and collaboration within the SCAP.
Elida has established itself as one of the most highly regarded specialty coffee estates
in Panama. It consistently ranks within the top-10 at the annual Best of Panama competition, placing 3rd in 2007 for the non-geisha competition; it is highly sought-after by specialty roasters the world over; it placed amongst the top 30 of 350 submitted to SCAA in 2005. The Lamastus family, growers for the past century, is an
experienced and proud coffee family that is continually investing in and seeking new ways of improving their already stellar coffees.

In addition to all the ongoing research, Elida is undergoing an ambitious six-year plan to completely re-plant the farm with the geisha variety. Right now the farm is made up of 80% catuai, 15% geisha and 5% typica.

The Lamastus family also invest in social projects. They recently renovated their
employees’ living quarters, and during picking season the children of the indigenous Ngäbe-Buglé pickers are educated in an onsite classroom which has capacity for 20
students.

Cherries are hand-picked and processed using one of three processes: demucilaged-washed, honey, and natural. The mechanically washed coffee system produces zero-water discharge, meaning the coffee used for washing is mixed with mucilage and pulp to be used later as fertilizer. In the natural process cherries are dried in their pulp and require 10 days of drying to achieve 10% humidity. With all three processes, daily harvests are identified and separated, with volumes ranging between 1-10
bags (green), averaging around 5 bags. Sometimes batches are combined after they
later cupped and are judged to be similar in cup profile.

Once cherries are harvested, they are sundried at low temperatures for 10-12 days.

All these factors, combined with the high elevations, lead to a longer cherry development period, which create intensified flavors in the cup. Once coffee is dried, it is stored or “en reposo” (i.e. resting) from between 75-100 days in order for the coffee to reach “full development.” The week before shipment, parchment is sorted using both a decimetric (oliver) machine and is further selected by hand.

Panama has so much excellent coffee they require three categories at the annual Best of Panama competition: washed geisha, natural geisha and washed non-geisha. Robert, CCS’ cofounder, has been purchasing geisha (from La Hacienda Esmeralda, no less) since before geisha became “the coffee.” While Panama geisha will always hold a special place on our menu, these days we are looking to explore and
showcase more of the incredible diversity that this origin has to offer.

HISTORY AND MARKET IN PANAMA

The first coffee plants are believed to have arrived around the beginning of the 19th
century by way of an English sea captain who settled in Panama. Although they were first planted along the coastal areas, colonists began cultivating them in earnest in the Boquete Valley and Western Highlands, where many expats were settling.
The microclimates in the Boquete Valley proved ideal for coffee cultivation due to its high altitudes, rich volcanic soils, shade from the Baru Volcano, and climatic influences from both the Pacific and Atlantic Oceans. Over time many varieties were imported and planted, but the development of specific strategies for coffee cultivation lagged until a few dedicated expat families who had settled in the valley decided to try and meet the growing demand for high quality Arabica coffee. They
were especially motivated to move into the specialty coffee sector as a result of the
“coffee crisis” which occurred in 1989, when coffee prices plummeted after the failure to negotiate another International Coffee Agreement (ICA).