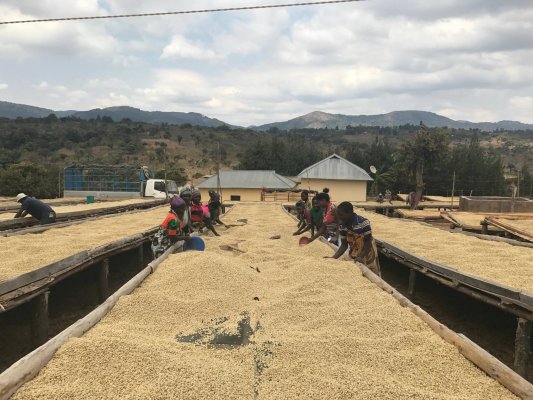 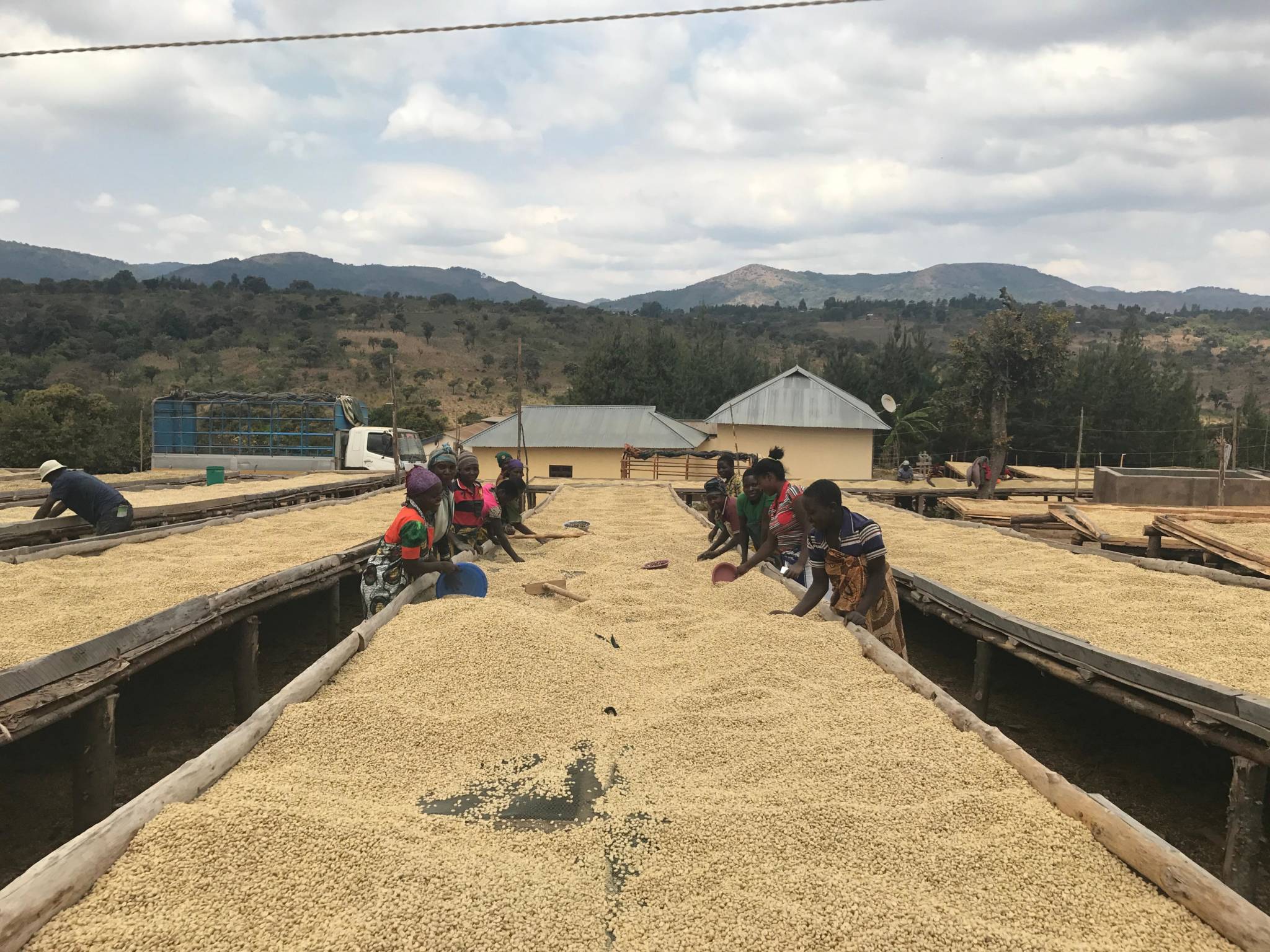 Iyela Coffee Group is the formation of 239 small scale farmers who have come together to process their cherry at a communal processing site, this is commonly known as a CPU (Central Processing Unit). This has become quite common in Tanzania as the traditional Cooperative structure has been subjected to much corruption and manipulation by those in power.

Iyela was founded by Rashid, a successful entrepreneur and coffee farmer, the CPU was formed in 2011. The farms that are a part of the Iyela Coffee Group range in altitude from 1800 to 1900 meters above sea level.

Previously the coffees here were processed as semi washed coffee, however this has been the first year of processing fully washed coffees for Iyela.

The main season for the Southern part of Tanzania is June to August, with the coffee trees flowering between September and October.

The cherry for this coffee comes from 239 smallholder farmers, who pick and deliver their cherry to the CPU. When they deliver the cherry, they will hand sort to ensure only the ripe cherry are processed.

The unripe and overripe cherry will be taken back home by the farmers for home processing and will be sold locally or consumed by the farmers themselves.

The infrastructure in much of Southern Tanzania is quite basic, and at Iyela they are pulping the cherry using a manual pulper that is hooked up to an engine. In this way, they can process 2200 kg per hour. This is in fact quite common in this area of Tanzania for its effectiveness and reasonable price and if done well can achieve good results.

The parchment is then fermented in tanks for 24-36 hours, weather dependant, and then washed and graded in channels. After grading the parchment is soaked for 8 hours before being dried on raised beds, during the drying process the parchment is being handpicked by casual labourers and volunteering farmers, to remove all the defects.

Although the infrastructure at Iyela is simple and somewhat limits their capacity to increase their production, they have grown in number of members as a farm group and they expect to process 100 tons of parchment in 2017 as opposed to the 54 tons they processed in 2016.