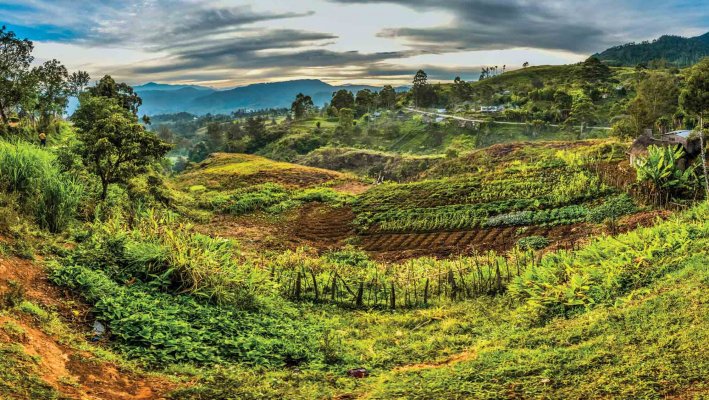 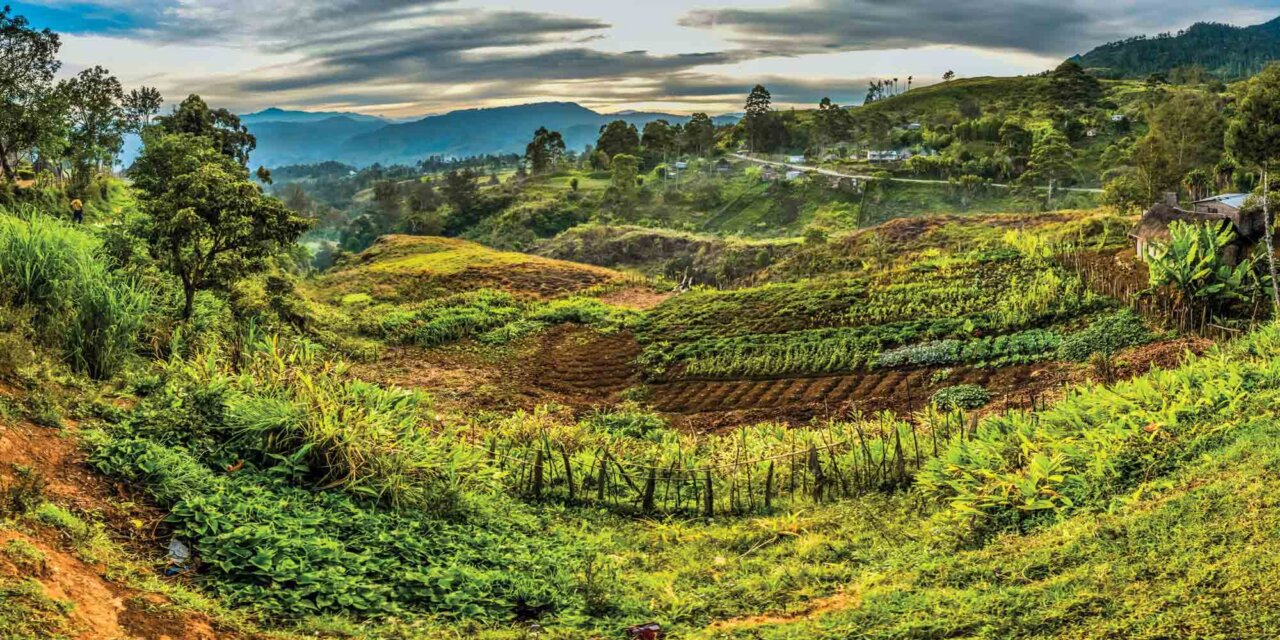 Papua New Guinea is a relatively new country, born in 1975 and located 80 km south of the Equator in the North of Australia, is one of the most culturally diverse countries in the world with 852 spoken languages, also one of the least explored since there are still species of plants, animals and uncontacted groups in reserved regions. The majority of the population still lives on strong customary societies and in rural areas. Most of the coffee was introduced into the island during the XX century, coming from Tanzania, Jamaica and Indonesia. Cultivation Areas The country landscape is made mainly by mountains; some of them get to the 4000 m.a.s.l. The cultivation area for coffee extends up to 65000 hectares of which 85% is divided up into numerous small native farms which produce 70% of the coffee. Most of the Coffee (40%) is produced in the province of Western Highlands, which covers six plantations: Kindgeng,

Bunum Wo, Kudjip, Sigri, Kigabah, Aviamp. Eastern Highlands produces 31% of the coffee Chimbu province, in the Center of the island, produces 10%; the rest of the 19 provinces produce all together no more than 17% of the coffee.

The Papua New Guinea Plantation AX has a good acidity and a clean body. This coffee starts with a medium acidity and little by little the cup constructs a complex, unique and delicious mix of fresh herbs notes perfectly balanced with soft chocolate hints. The cup has an all-time present creamy mouth fill that potentializes the already intense flavor notes. 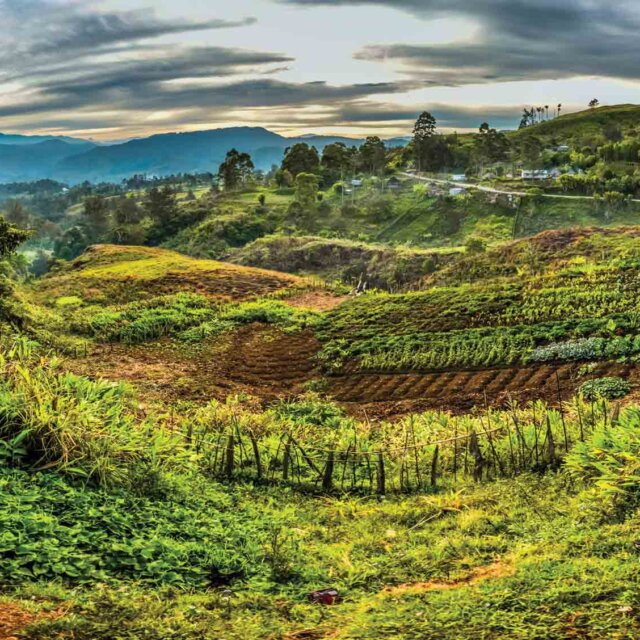